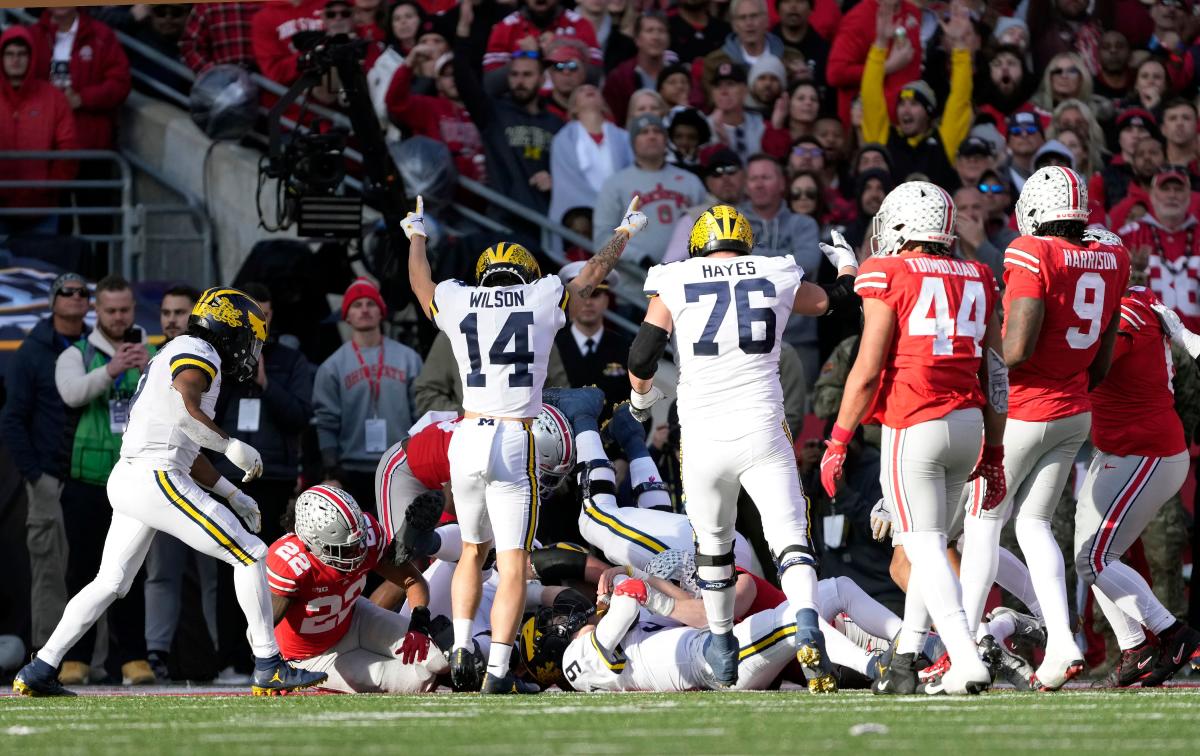 Ohio State football had been preparing for Michigan all season long.

Leading into the 118th edition of “The Game,” the Buckeyes were preparing to make a statement against the rival Wolverines for their first meeting at Ohio Stadium since 2018.

“Three hundred and sixty five days since that God-forsaken day at the Team Up North,” Ohio State wide receivers coach Brian Hartline said at the pregame Skull Session. “For 365 days, we’ve heard them talk. For 365 days, I had to watch them attack our head coach, attack our quarterback and attack Buckeye nation.

“Instead of getting loud and trying to respond on social media, we got quiet. We circled a date on the calendar Nov. 26, 2022. And we went to work. And we knew what we did in the dark, what we do, what we did in the quiet will someday come to light. Today is that light.”

Instead, Ohio State fell short on its home turf, falling to Michigan 45-23 at Ohio Stadium for the first time in 2000.

Here’s how fans are responding to the Buckeyes’ latest loss on social media.

I’m putting my application in to be defensive coordinator later this afternoon..

The ABSOLUTE BEST WR in the country!! #18 Jr

But Michigan QB J.J. McCarthy put on a show against Ohio State’s defense

Was this Michigan’s plan all along?

The plan? Have JJ McCarthy miss on deep balls all season to convince OSU’s safeties to play tight so we can throw bombs over the top. pic.twitter.com/zr6vlvTU3M

One person represents how most Ohio State fans feel

Get more Ohio State football news by listening to our podcasts