Santos to be removed from U.S. Congress if he broke campaign finance laws, Comer says

‘None of this adds up’: Family wants answers after Ohio man fatally shot by police

OnPolitics: Will GOP dump Trump? And for who?

Health by Bec Miller: 'Foodie' florist, 44, reveals how she dropped 8kg in 12 weeks for her wedding 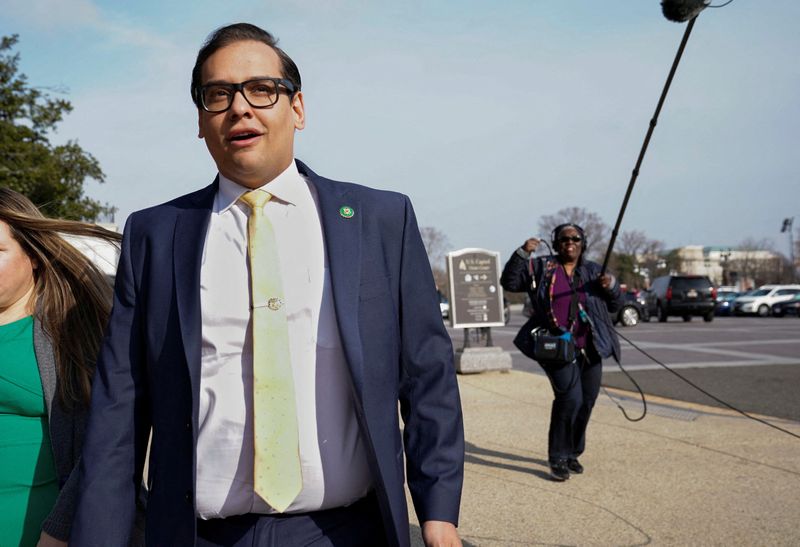 WASHINGTON (Reuters) – U.S. Representative George Santos, who lied about much of his resume and life story, will be removed from Congress if found to have broken campaign finance laws, fellow Republican and House Oversight Committee Chairman James Comer said on Sunday.

“He’s a bad guy,” Comer said on CNN’s “State of the Union” program. “It’s not up to me or any other member of Congress to determine whether he can be kicked out for lying. Now, if he broke campaign finance laws, then he will be removed from Congress.”

3 killed and 13 wounded in an ammunition explosion in Belgorod, Russia

‘None of this adds up’: Family wants answers after Ohio man fatally shot by police

Members of the family of an Ohio man who they say was fatally shot by police while he cleaning out...

Andre Drummond accomplished something that hadn't been done in the NBA in 44 years, raising questions about whether he deserves...

Police near Detroit found a car belonging to one of three missing rappers who have not been seen for nearly...

Jay Ellis on Insecure (Photo: HBO) As Jay Ellis tells it, the interactions he has had with Insecure fans since playing...

Heather Rae and Tarek El Moussa Welcome Their Baby Boy: ‘Our Hearts Are So Happy’

Raiders General Manager Dave Ziegler expects “teams” to have interest in Derek Carr. The quarterback surely will have a market,...

Some big names and deserving candidates didn't get the All-Star call Thursday night.

Did Chiefs’ Mahomes try to sell late-hit penalty vs. Bengals? Here’s what he said

Patrick Mahomes said Thursday the penalty was absolutely the correct call: “It was probably the furthest I’ve been out of...

"When you start doing cheap s**t like that, that ain't it."

It's one thing to sacrifice wins at the major-league level for the sake of restocking the farm system. But as...

LeBron James is now just 63 points away from the NBA's all-time scoring title.

In a career marked by greatness, LeBron James is about to reach the pinnacle of success for scoring — the...

The soon-to-be-former Raiders QB is enjoying the Pro Bowl.