Crime boss Cornelius Price fighting for life in coma in…

Another postseason dud for Fried when Braves need him most 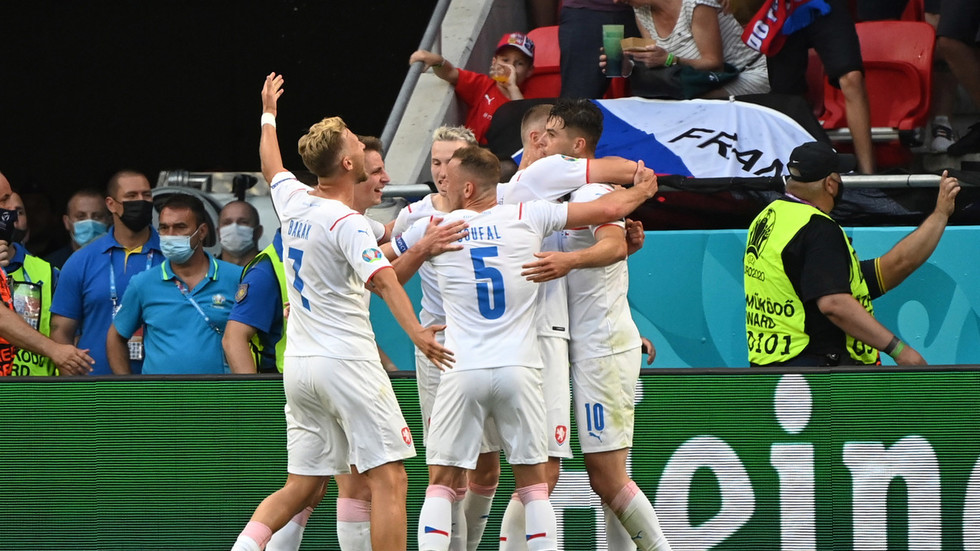 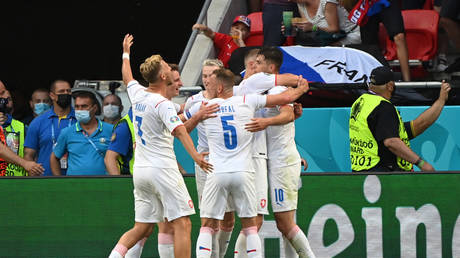 An organized and ruthless Czech Republic outfit set up a quarter-final date with Denmark by punishing a stunned 10-man Netherlands team in their 2-0 Euro 2020 last 16 win at the Puskas Arena in Budapest.

The tie was politically-charged, as UEFA was forced to deny reports that Dutch fans had been prohibited from entering the stadium and a fanzone in the Hungarian capital with rainbow flags, while the Netherlands’ prime minister refused to attend due to the host country’s conservative leader Viktor Orban passing a law on the spread of information on homosexuality to minors.

LGBTQ-supporting advertising banners could be seen pitchside at various intervals, as could flags in the stands, but the theme took a backseat to the action in a match which started off balanced.

After a cagey first half where each side enjoyed a few, mostly-blocked chances, Matthijs de Ligt was sent off early into the second for a bizarre handball incident while heading to the ground and tussling with Patrik Schick.

This paved the way for Tomas Kalas to nod a corner onto Tomas Holes’ head on 68 minutes at the back post.

And then, with 10 to spare, Shick scored his fourth goal of the tournament when set up by Holes on a punishing break to make it 2-0.

And the Czech #EURO2020 story continues after we beat the Netherlands 2:0 thanks to goals by Tomáš Holeš and Patrik Schick!

As has been a constant in the tournament, danger threatened to run through Denzel Dumfries early for the Dutch, with the PSV Eindhoven right back almost beating Kalas and goalkeeper Tomas Vaclik with a run through on goal that saw Kalas slide to prevent a ball heading to an empty net.

The Czechs’ best chance in the opening spell came when Petr Sevcik delivered a delightful ball into the box from the right flank that Tomas Soucek could only head across goal after beating De Ligt to the punch.

Loved this Dumfries run all the way from right wingback. pic.twitter.com/6tImDWBPx1

After a heated drinks break that saw both sets of fans cheer for their country and jeer one another, Schick – who netted a marvelous goal against Scotland in the group stages – got a deflected shot on target at Maarten Stekelenburg.

Constant back-passing to the Ajax goalie saw supporters boo around the half hour mark, but on the Netherlands’ next break, Donny Malen forced a block from Ondrej Celustka.

Approaching half time, an even bigger chance appeared for the Czechs when Lukas Masopust played in Antonin Barak, who could only hit over as De Ligt got a foot to it from roughly eight yards out.

The resulting corner saw the ball scrambled over in the box, and then the Netherlands countered as Dumfries struggled to find another orange shirt in the box but had his forceful pass kicked out by Vaclik.

In stoppage time, Patrick van Aanholt could only drag his shot across goal from close range after superb skill from Memphis Depay, so off we went to half time still scoreless.

The second installment got off to as slow a start as the first finished.

Failing to get around the ‘keeper after beating his man, it wasn’t that Malen made a meal of things when clean through on goal, but more that Vaclik was top class in sticking a hand out.

Speaking of handling the ball, the next move down the other end had De Ligt in a moment of madness when he tumbled over and stopped Schick in a clear goalscoring position by wrapping his palm around the bouncing object.

After VAR intervened, referee Sergey Karasev decided to send the Juventus center back off, but Frank de Boer didn’t go more defensive when deciding to take off Malen for attacking midfielder Quincy Promes shortly after.

De Ligt gets a red card for this handball. Do you agree with the decision?pic.twitter.com/KAhaFiDq8D

Then, things threatened to go from bad to worse when another handball incident involving Schick and Dumfries became a penalty shout but VAR this time ruled in the Dutch’s favor.

De Ligt’s presence perhaps missed from the corner, the inevitable occurred when Kalas nodded on to a free Holes at the backpost, who headed home and placed one foot into the quarterfinals for the Czechs on 68 minutes.

Tomas Holes has #CZE 20 minutes away from stunning #NED and reaching the quarterfinals ? pic.twitter.com/zYF6Izvn5m

With 10 to spare, Schick put the tie beyond doubt by scoring his fourth goal of the tournament and breaking Dutch hearts.

Holes stealing the ball off captain Gini Wijnaldum, he paced towards the penalty area and then squared for Schick to guide it in the bottom left corner.

Only Cristiano Ronaldo (5) has more goals at Euro 2020 than Patrick Schick (4) ? pic.twitter.com/4XsIsZs4Y0

The Netherlands were unable to respond through six minutes of additional time.

And in turn, the Czechs confirmed their best performance in the competition since Euro 2004 to set up a meeting with Denmark in Baku on Saturday.