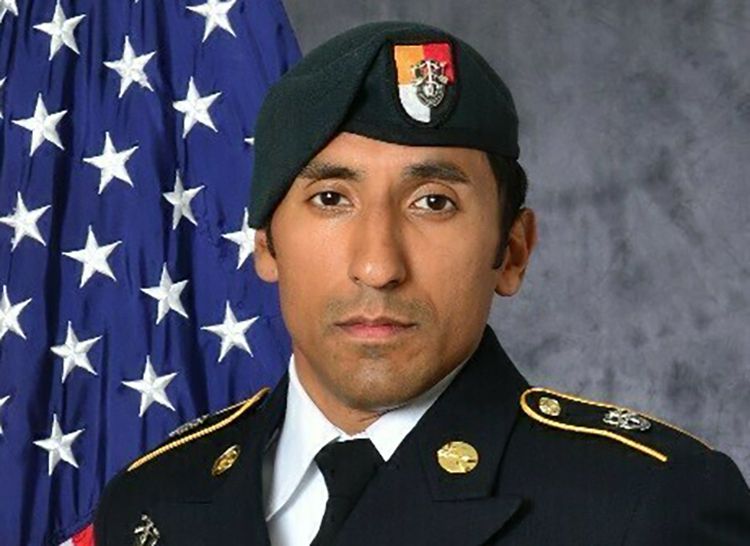 A Navy SEAL sentenced to 10 years for involuntary manslaughter in the asphyxiation death of a Green Beret has had his conviction set aside after a military appellate court found he was denied the chance to cross-examine a “key government witness” ― one of the other defendants in the case.

Special Warfare Operator Chief Tony E. Dedolph was sentenced in January 2021 at a military hearing in Norfolk, Virginia, after pleading guilty to charges that also included conspiracy to commit assault and obstruct justice, violation of a lawful general order and obstruction of justice in the death of Staff Sgt. Logan Melgar.

Among the four special operations troops convicted in what has been called a hazing episode gone horribly wrong in U.S. Embassy housing in Bamako, Mali, in 2017, Dedolph’s sentence was by far the most severe. Now, he’ll likely receive a rehearing that could change the outcome of his case.

At issue is the testimony of Marine Corps Staff Sgt. Kevin Maxwell, a Marine Raider who pleaded guilty to charges including negligent homicide and making false official statements in June 2019 and received a four-year sentence.

According to an appellate decision released Thursday from the Navy-Marine Corps Court of Military Appeals, Maxwell, the only participant in the deadly hazing incident to testify for the prosecution in Dedolph’s case, had submitted a request for clemency, or lenience in his sentence, but did not inform Dedolph or his attorneys.

“At [Dedolph’s] sentencing hearing, [Maxwell] testified on behalf of the Government,” the appellate decision, which uses pseudonyms, states. “He provided testimony describing the assault on [Melgar], to include a detailed account of the methods [Dedolph] used to render [Melgar] unconscious. After the trial, the Government endorsed [Maxwell’s] request for clemency and the convening authority reduced [Maxwell’s] confinement from four years to three years.”

While Dedolph’s attorneys did not question Maxwell before the jury of enlisted sailors and officers about the pretrial agreement that was part of his decision to testify, they argued they had no chance to question him about his clemency request.

That, they argued, could have caused the jury to question Maxwell’s motives and trustworthiness as a witness, and damage the prosecution’s case against Dedolph.

The appeals court agreed that the failure to disclose Maxwell’s clemency plea, at minimum, undermined public confidence in the fairness of Dedolph’s sentencing.

“We agree with [Dedolph] that the error in this case ― the undisclosed materials ― went specifically to bias and the non-disclosure denied [Dedolph] the ability to expose [Maxwell’s] particular basis for bias,” the court found. “Specifically, that [Maxwell] had motive to exaggerate his testimony.”

The four special operations troops ― two SEALs, two Marine Raiders ― had gone out for a night of drinking at a bar in Bamako, Mali, in June 2017.

After learning that Melgar had “ditched” the group to attend an embassy party, they started to discuss a plan to attack and humiliate him as payback for the slight.

They wanted to break into Melgar’s room, according to court testimony and documents, choke him until he became unconscious, bind him with duct tape and leave him, with the help of local guards, in a “compromised position.”

The four men broke down the sleeping Melgar’s door with a sledgehammer, and Dedolph locked the Green Beret in a “rear naked chokehold,” rendering him unconscious within ten seconds.

The other assailants bound him with the tape and took photos with a phone camera. Sometime after that, Dedolph tried to wake Melgar up and realized he couldn’t.

Dedolph and the other SEAL, Special Warfare Operator Chief Adam Matthews, took turns performing CPR, and then Dedolph attempted an emergency cricothyrotomy, the insertion of a breathing tube through an incision in the neck to open an airway.

When these efforts did not return Melgar to consciousness, the men loaded him into the back of a Land Rover and sped down the rough roads of Bamako, Mali, to a nearby medical clinic. As Dedolph continued attempts to breath for Melgar through the inserted tube, a doctor at the clinic pronounced the Green Beret dead.

Matthews would receive a one-year sentence after a pretrial agreement and guilty plea; Gunnery Sgt. Mario Madera-Rodriguez, the other Raider and the only one of the four to plead not guilty at trial, received a six-month sentence and 90 days’ hard labor.

Attorney Phil Stackhouse, who represented Dedolph at court-martial, declined to comment on the appellate decision that set aside his sentence.

His initial place of confinement was Naval Consolidated Brig Chesapeake, Virginia, according to sentencing documents.

Melgar’s killing was one of a series of high-profile scandals that prompted U.S. Special Operations Command to launch an internal ethics review in 2019.

Released in 2020, that review failed to find systemic ethical failures, but did highlight leadership and cultural issues that created opportunities for misconduct.

A 6.8-magnitude earthquake occurred in the waters near Bengkulu Province, Indonesia