= Security takes center stage at TC Sessions: SaaS this month
Skip to content
You are Here 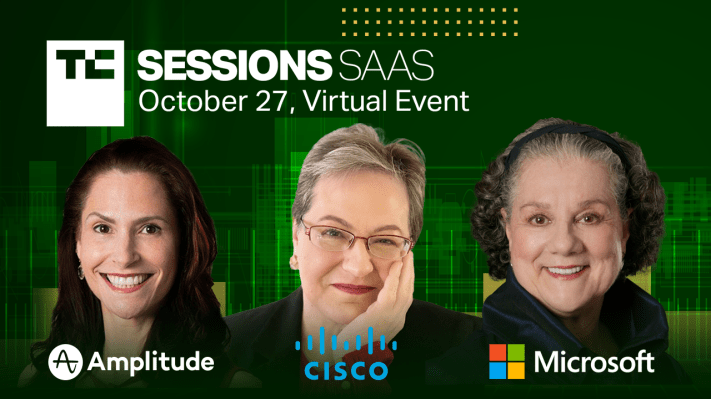 Enterprises face a constant stream of threats, from nation-state hackers and cybercriminals to corporate insiders. But the pandemic upended the world of work that saw millions of people shift from their downtown city offices to their spare room at home practically overnight.

The cloud held its own and reigned supreme, no longer as something we took for granted, but as a critical tool for keeping companies afloat during the lockdowns of 2020.

With change also comes adjustment. Just as companies and their employees became accustomed to the new way of working, so have the bad actors. The cloud can store near-infinite amounts of data and deliver apps as a service, beaming directly into the homes of employees around the world, or wherever they work.

But with it comes a new set of challenges and risks, and bad actors are taking notes. Just as we adjust to this adapted way of working, startups and corporations alike can’t afford to stay off the security pulse.

That’s why we’re thrilled to have three leading cybersecurity veterans at TechCrunch Sessions: SaaS on October 27 to talk all things SaaS security.

TechCrunch will be joined by Edna Conway, vice president and chief security & risk officer for Azure at Microsoft; Wendy Nather, head of advisory CISOs at Cisco; and Olivia Rose, vice president of IT and security at Amplitude for a live discussion to talk about the state of the SaaS security union, and what startups need to know about SaaS security now and in the future.

In addition to our discussion on security, the conference will also include Google’s Javier Soltero, as well as investors Kobie Fuller and Casey Aylward, among others. We hope you’ll join us. It’s going to be a thought-provoking lineup.

Buy your pass now to save before prices go up at the door. We can’t wait to see you!