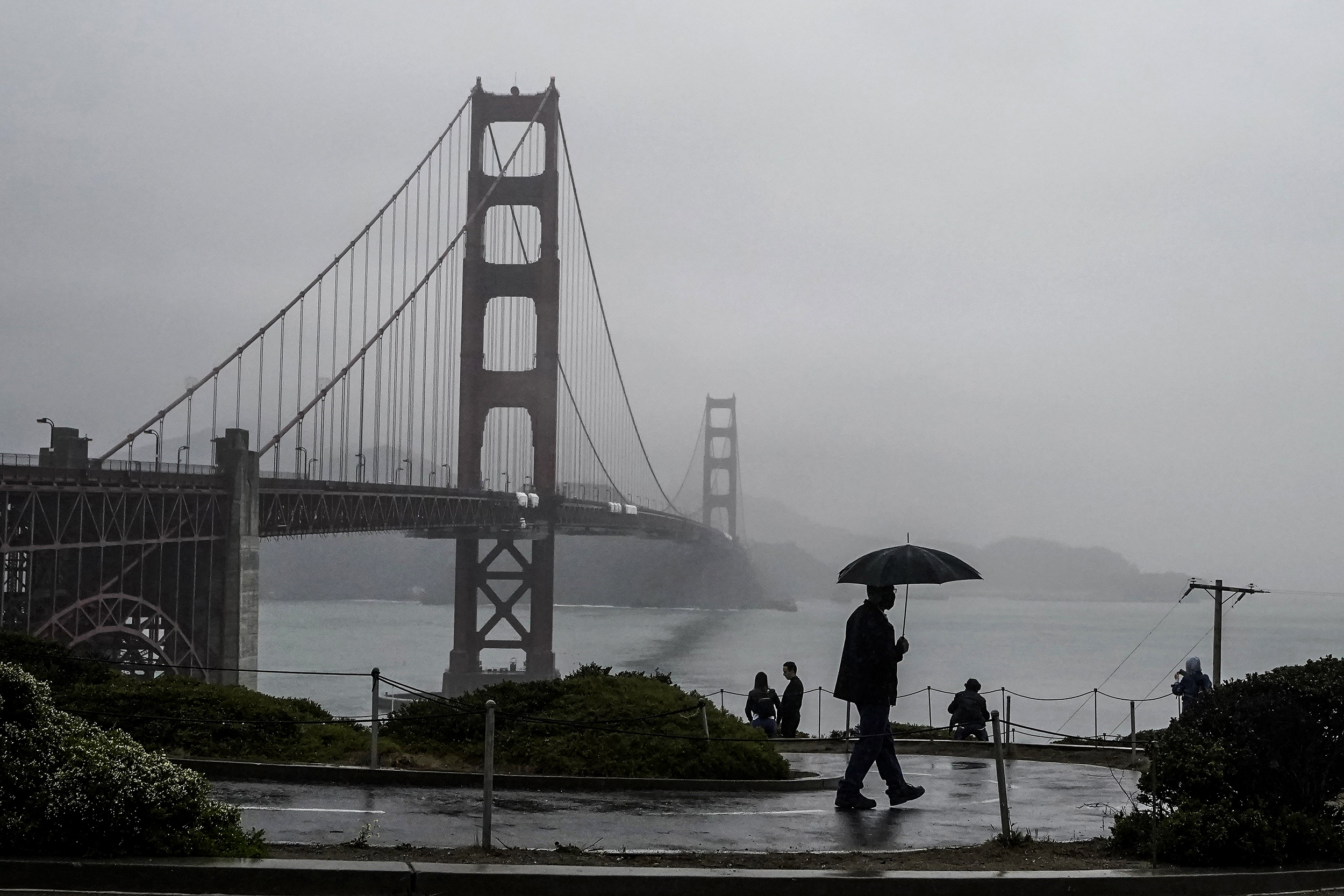 Wet and severe winter-like weather is forecast for much of the United States as a Pacific storm aims for California, and a thunderous, unsettled system moves into the Midwest and mid-Atlantic.

The severe weather, including flooding and high winds, could impact 108 million people late Saturday into Tuesday.

A Pacific storm aiming first for the northern half of California and then moving south is picking up moisture from the tropical Pacific, making it a potent atmospheric river of precipitation also known as a “pineapple express.”

Seven million people were under flash flood alerts in California and Nevada, where as much as 10 inches of rain was possible, according to NBC News forecasters.

Rates of rainfall from the storm could exceed one half inch per hour, leading to life-threatening flash floods and mudslides in areas where burn scars were created by recent wildfires, they said.

As much as 3 feet of snow could fall. Waves as high as 30 feet were forecasted for parts of the Northern California coast.

The Sunday storm comes after Gov. Gavin Newsom expanded the state’s drought emergency to cover all California counties. In a statement Tuesday, the governor noted that the western U.S. faced a potential third year in a row of drought.

Earth scientists have noted in recent years that climate change can have a strange impact on La Niña and El Niño weather phenomena, although it’s not yet clear if that’s the case this weekend.

Meanwhile a system over the central Plains was moving toward the lower Great Lakes and then the mid-Atlantic, federal forecasters said.

As it marched eastward it was expected to soak up relatively warm moisture and create thunderstorms, “frequent lightning,” high winds, hail and “a minimal threat for tornadoes,” the National Weather Service said in a forecast discussion Saturday.

The National Weather Service in Chicago called for “blustery, cool, [and] very wet conditions” Sunday. Some river flooding could take place, it said.

In Indianapolis, Indiana, a flood watch was in effect for Sunday, and as much as 3 inches of rain was expected.

The front was expected to strike Baltimore, Washington, D.C. and the mid-Atlantic by Tuesday morning, forecasters said. Rain and freezing conditions were possible, they said. As many as 53 million people on the east coast could be impacted by the unsettled system.

Dennis Romero writes for NBC News and is based in Los Angeles.