The family hasn’t publicly shared the medical procedure Ozzy had to undergo, but Sharon indicated it would be a difficult surgery, and she was flying back to the West Coast to be by his side.

“He has a major operation on Monday, and I have to be there,” she told her fellow TalkTV panelists last week. “It’s really going to determine the rest of his life.”

On Monday, both Sharon and Kelly wore protective face masks as they entered the hospital to see the Black Sabbath frontman, with Sharon wheeling luggage behind her while also carrying an oversized purse.

Kelly, 37, is currently pregnant with her first child with musician boyfriend Sid Wilson of SlipKnot.

“He’s been in a lot of pain,” the source noted of Ozzy’s physical condition as of late.

The “Prince of Darkness” will also reportedly require a “lengthy amount of convalescence” with a round-the-clock care provided by a nurse at home.

Ozzy’s back problems likely stem from the all-terrain vehicle collision in 2003 where he flipped his quad while riding around his property in London.

He had to undergo emergency surgery for “a broken collarbone, eight fractured ribs that were pinching crucial blood vessels and damaged vertebrae in his neck.”

“I’m just waiting on some more surgery on my neck,” he told Classic Rock magazine in May. “I can’t walk properly these days. I have physical therapy every morning. I am somewhat better, but nowhere near as much as I want to be to go back on the road.”

When asked if he ever thought about his own mortality, Ozzy said he felt optimistic about his future as he looked back on the past.

He also addressed another challenging topic for the family — sobriety. After decades of alcohol and drug issues, Ozzy faced his substance abuse issues head on, and chose to get sober eight years ago.

Syrian plane lands in base after Damascus airport attack

Ozzy and Sharon’s son Jack Osbourne, 36, has 18 years of sobriety under his belt, and while Kelly had a minor slip up in her sobriety journey last year, she’s due to give birth to her first child this year.

Ozzy and Sharon also have a daughter Aimee, 38, who recently survived a fatal fire at a recording studio in Hollywood. Aimee escaped from the building unharmed with her producer.

The Osbournes became a household name in the early 2000s when MTV shined a light into their lives as famous stars — and the children of rock royalty — with an unscripted show about the family. The series premiered in 2002 and ran for four seasons, with a final curtain call in 2005.

In 2019, the Osbourne family spoke with Robin Roberts on “Good Morning America” about Ozzy’s incident where he fell in the shower and dislodged metal screws in his spine (from the quad collision in 2003), requiring neck and back surgery.

“When I had the fall, it was pitch black,” he recalled. “I went to the bathroom and I fell. I just fell and landed like a slam on the floor and I remember lying there thinking, ‘Well, you’ve done it now,’ really calm. Sharon [called] an ambulance. After that, it was all downhill.”

Following the surgery and painful two-month recovery, he was forced to reschedule all of his 2019 live dates on his “No More Tours 2 Tour.”

The family also opened up about Ozzy getting diagnosed with Parkinson’s disease, a neuro-degenerative disorder which can cause tremors and balance issues, as well as slowness of movement. There is no known cure for the disease.

“It’s PRKN 2,” Sharon told GMA. “There’s so many different types of Parkinson’s; it’s not a death sentence by any stretch of the imagination, but it does affect certain nerves in your body. And it’s — it’s like you have a good day, a good day, and then a really bad day.”

Ozzy told the LA Times in 2020: “I’m not dying from Parkinson’s. I’ve been working with it most of my life. I’ve cheated death so many times. If tomorrow you read, ‘Ozzy Osbourne never woke up this morning,’ you wouldn’t go, ‘Oh, my God!’ You’d go, ‘Well, it finally caught up with him’.” 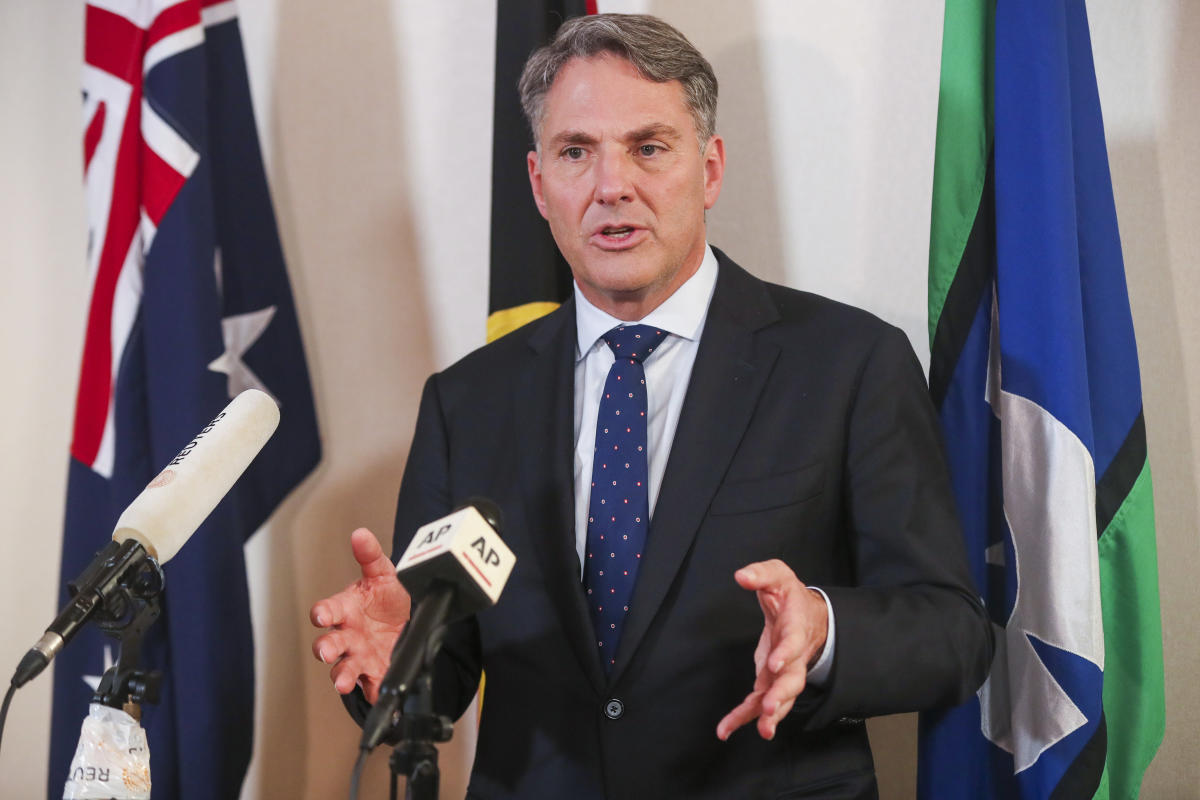 Australia talks down prospect of having nuclear subs by 2030