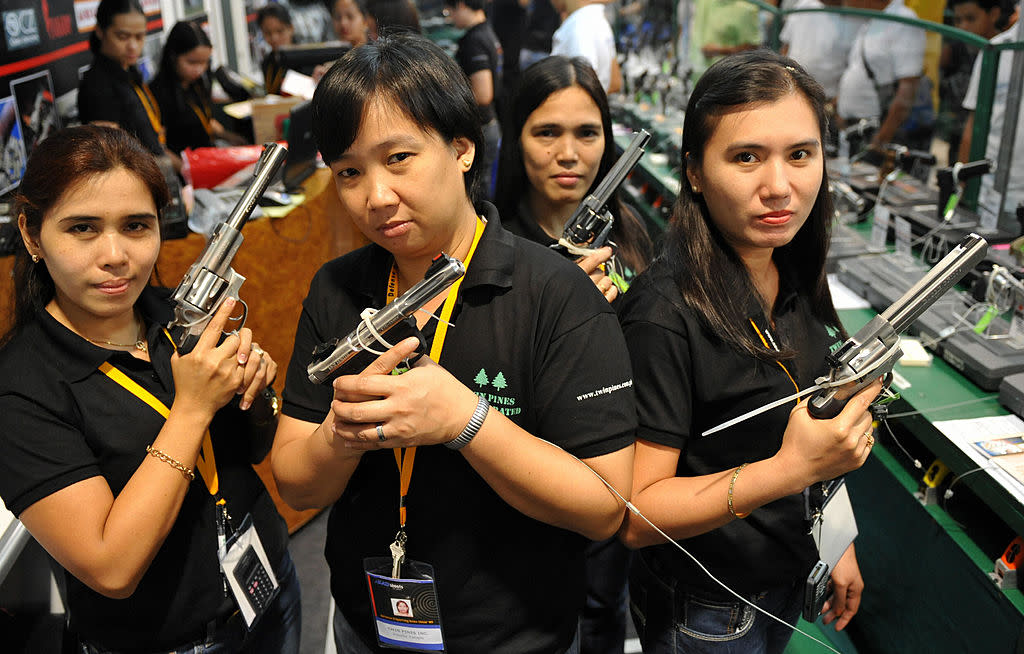 Shop assistants pose with various handguns at the Defense and Sporting Arms show at a shopping mall in Manila on July 16, 2009. Credit – TED ALJIBE/AFP via Getty Images

Mass shootings are a result of a confluence of factors, but at the heart of the problem are guns—of which the Philippines has plenty. Firearms are sold openly in malls, and almost anyone can carry them, even priests and accountants.

Fixers can reportedly take care of formalities standing in the way of gun ownership, such as drug and psychological tests, and there are estimated to be some four million firearms in the nation of 110 million people. Hundreds of thousands of weapons are illegally owned. Poverty, corruption, crime, and outgoing President Rodrigo Duterte’s brutal war on drugs have left deep social scars.

No consensus has been reached in the Philippines over what sets a mass shooting apart from other gun deaths, but indiscriminate slayings are uncommon. When eight people died and 11 were injured after a drunk gunman began firing wildly in the southern province of Cavite back in 2013, the tragedy was notable for its sheer rarity.

To be clear, homicides involving firearms are a fact of life in the Philippines. Hitmen can be hired for as little as $300. In fact, the Philippines is one of the deadliest places in Asia when it comes to firearm homicides. The country saw over 1,200 intentional killings using firearms in 2019. This meant guns killed one in every 100,000 people in the Southeast Asian country—one of the highest rates in Asia. (In 2020, the comparable figure for the U.S. is four.)

From the Archives: Inside Rodrigo Duterte’s Drug War

Elections can be particularly bloody times, with lethal attacks on poll officers and political rivals. One of the country’s worst killings, the 2009 Maguindanao massacre of 58 people, took place during a gubernatorial election. But it was a political atrocity. Shootings not related to politics or crime are uncommon—and there has been nothing as extreme as Columbine, Sandy Hook, or Uvalde.

“I think it’s just a matter of time,” says Gerry Caño, Dean of the School of Criminology and Criminal Justice at Cagayan de Oro College. “I think our authorities and the public safety practitioners are just waiting for that time to happen, considering that Philippine culture is greatly influenced by the West, particularly the United States.”

For now, though, powerful social factors continue to have a restraining effect on indiscriminate violence. Philippine academic Raymund Narag, a criminology associate professor at Southern Illinois University and a former prisoner himself, says mass shootings in his native country are in part deterred by hiyâ, a Tagalog word meaning shame or embarrassment. Avoidance of hiyâ, and sparing one’s family and community from it, is often described as a core Philippine value.

Gun culture in the Philippines

While the right to bear arms isn’t enshrined in the nation’s constitution, as it is in the United States, there is no denying the Philippine love of guns.

When the U.S. colonized the Philippines in the early 1900s, private citizens were allowed to own high-powered guns for “lawful purposes” and hunting. After Ferdinand Marcos declared martial law in 1972, owners were limited to one low-powered rifle and a pistol or revolver—and both had to be licensed. But in 2000, President Joseph Estrada lifted these limits and allowed citizens to possess as many guns as they wanted, of any type and caliber.

A 2013 law set down qualifications for owning guns and carrying them in public. Licensed gun owners had to be 21 years old and take a firearm safety seminar, among other requirements. Depending on their license, most owners could possess up to 15 handguns, rifles and shotguns (collectors are allowed more than 15). Licenses were issued for as long as 10 years.

Before he was president, Estrada was a gun-wielding hero in action movies—a genre beloved of Filipinos for playing up machismo and depicting shootouts as legitimate forms of defense in a crime-riddled country. The action movie craze certainly helped Filipinos embrace gun culture.

In some of the country’s poorest communities, guns became a common sight among warring gangs, who sourced low-priced firearms from illegal sellers. Shooting clubs opened for those with more money and an interest in shooting for sport. Many affluent Filipinos took up gun collecting, while the wealthiest citizens began enthusiastically arming their bodyguards.

But despite the glorification of firearms, when gun violence takes place, the victims are rarely random bystanders in movie theaters or shopping malls. Almost a quarter of the Philippine population falls below the poverty line and “the money or the reward seems to be the best motivating factor” in many homicide cases involving firearms, Caño says.

In January, a provincial hitman admitted to committing his crime in exchange for $500 to help his child, who was suffering from meningitis. In April, another gunman confessed to killing a mechanic for $400.

How hiyâ plays a role in social control

Narag says the strong ties of Philippine kinship mean troubled individuals are more likely to be identified before they become mass shooters. He contrasts that with the situation in the U.S., where he presently lives and teaches.

Jose Antonio Clemente, a professor of social psychology at the University of the Philippines, says community is everything. “At an early age, we are trained to give importance to our families and our relationships,” he says. “Maybe at some point we’re also taught to value our community, since there are a lot of communities that are very close-knit because of the high population density.”

Read More: We Need to Take Action to Address the Mental Health Crisis

National police do have mass shooting protocols in place. Authorities have also suggested an increased police presence on college campuses to deter insurgent groups from recruiting students. But it seems that ingrained values in the Philippines are restraining people from using guns indiscriminately.

Whether that is enough is up for debate. For now, however, hiyâ means you cannot “just start shooting people,” Narag says. “Because if that happens, you know the community won’t support you.” 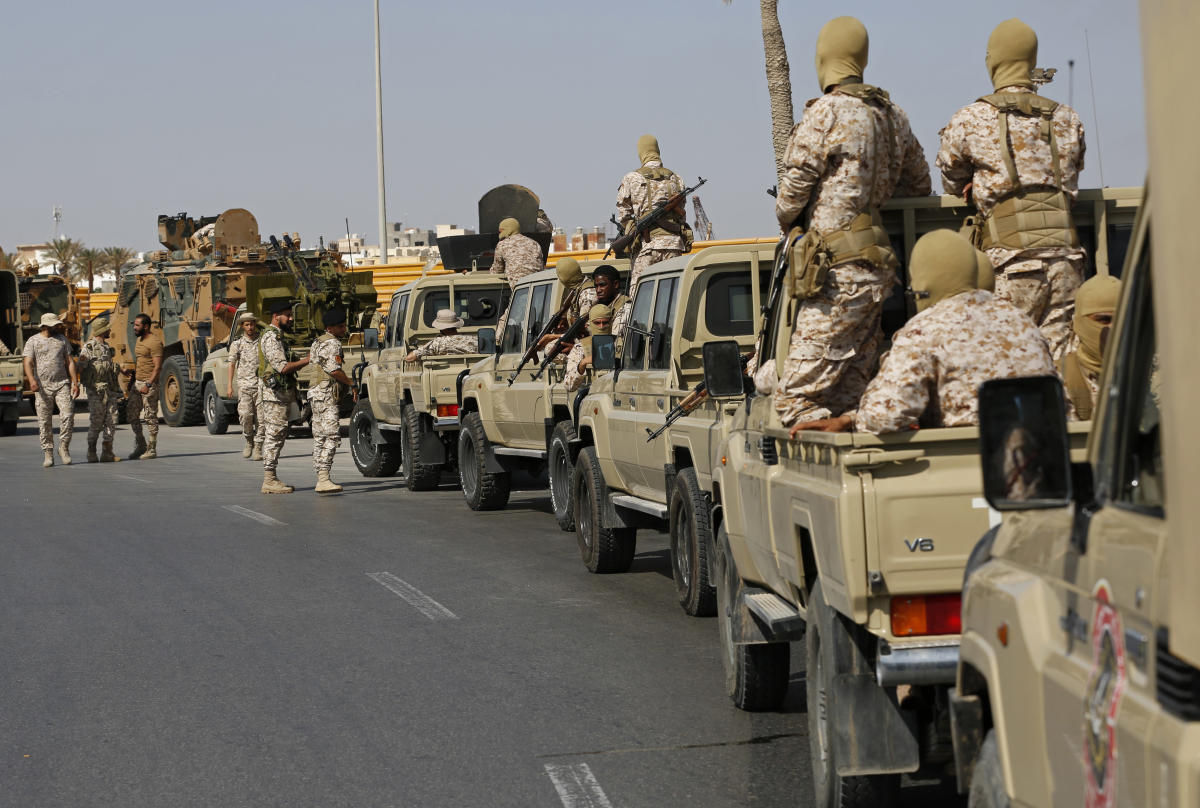 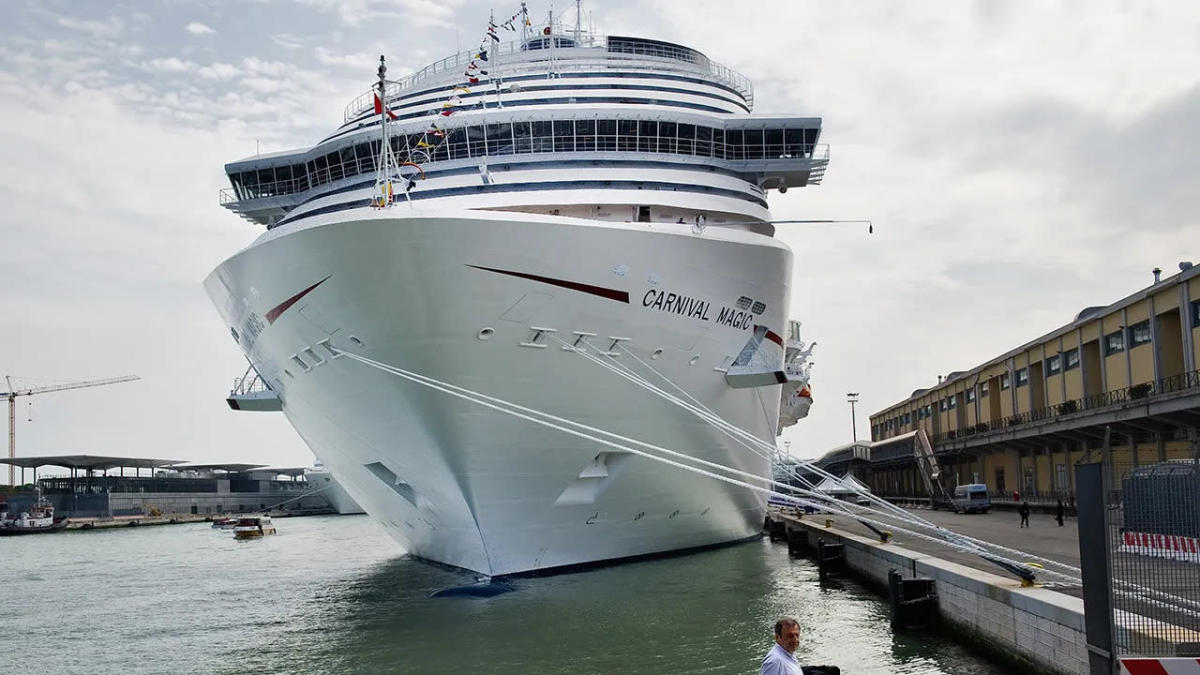 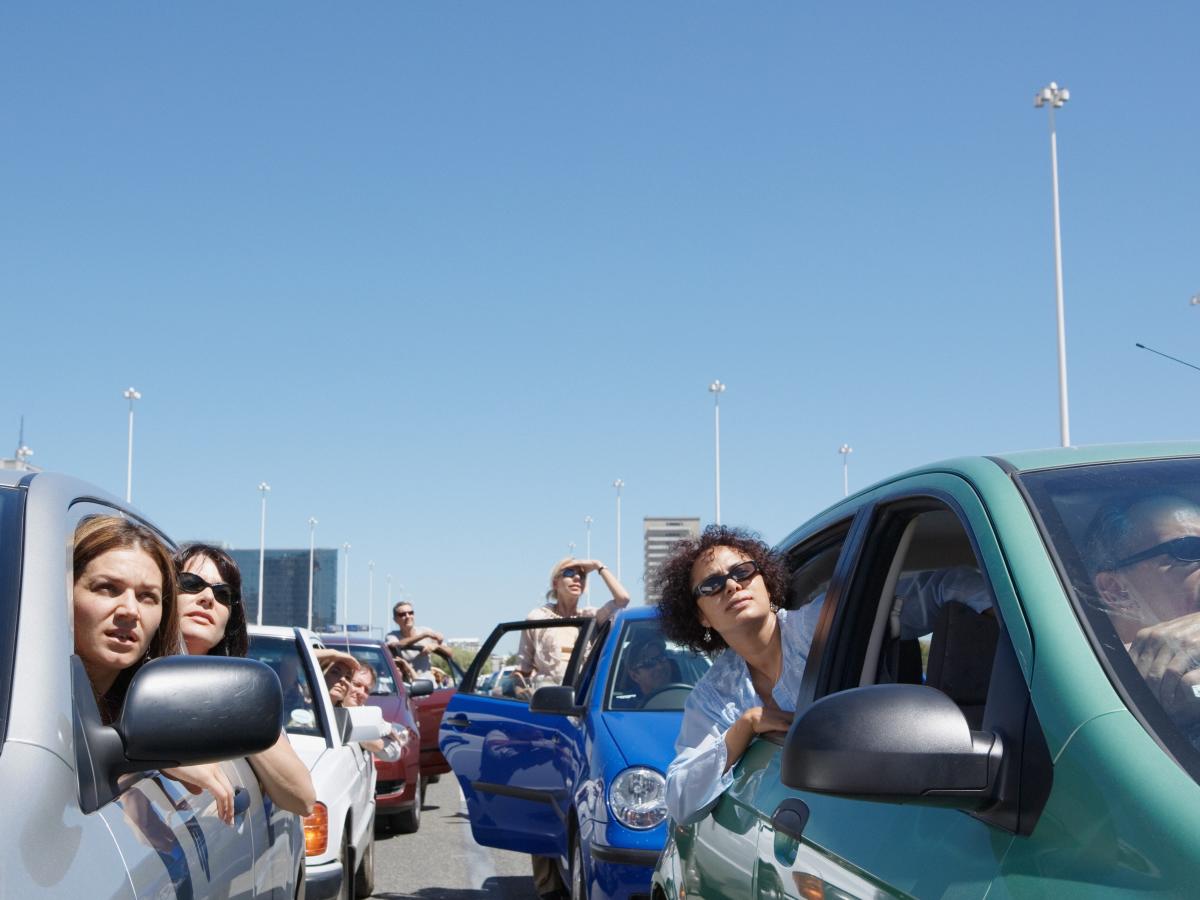