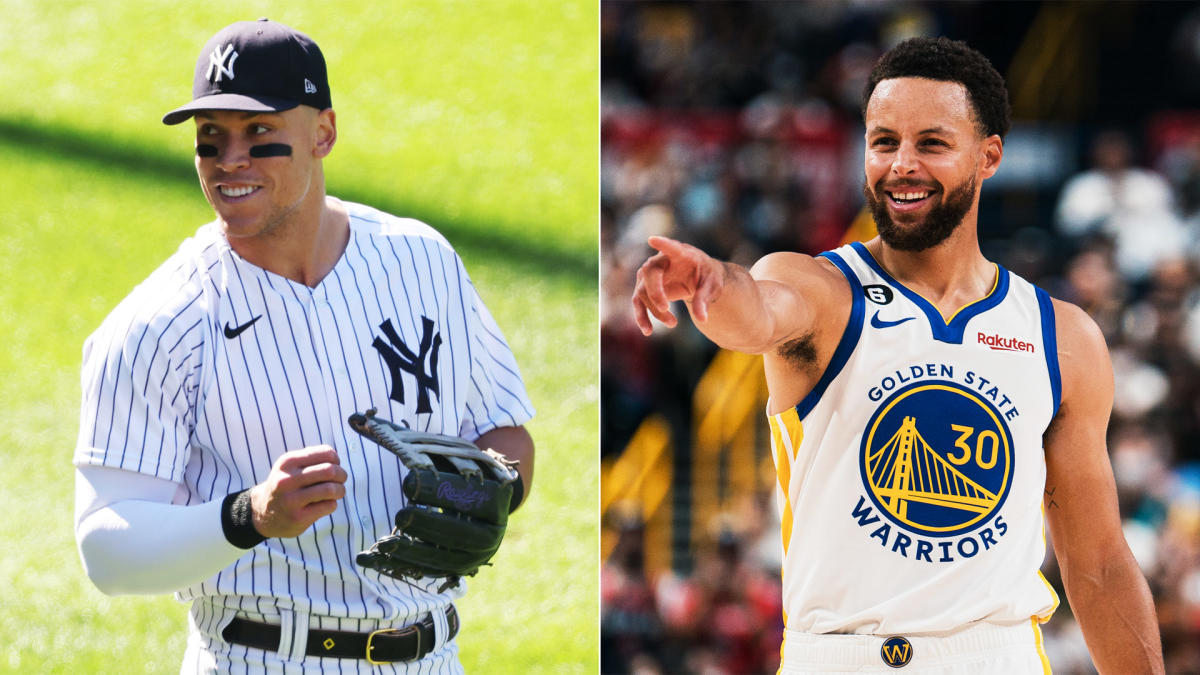 SAN FRANCISCO — Shortly before 8 p.m. on Tuesday, a few hours after Aaron Judge’s two-day meeting with the Giants ended, Joc Pederson opened his Instagram and posted an image of Judge in a Giants jersey, along with the message, “We’re ready when u are 99.” The story soon was shared by Brandon Crawford and Logan Webb, but in trying to convince the American League MVP to leave the New York Yankees for his hometown team, the Giants are not relying only on their stars.

As part of their pitch, the Giants put Judge in touch with Steph Curry‘s camp, hopeful that the two superstars could connect as Judge weighs his decision, sources told NBC Sports Bay Area. If all goes according to plan, they’ll soon be playing in the same San Francisco neighborhood.

Judge arrived in the city on Monday and met with Giants officials for two days, with conversations kicking off Monday night at Oracle Park, where Judge and his agent had dinner with Larry Baer, Farhan Zaidi, Gabe Kapler and other members of the organization. The Giants continued to meet with Judge for most of the day Tuesday.

The visit is the first known meeting between Judge and a team other than the Yankees, but a source said the Giants expect him to listen to others in the coming days and expect the rival Los Angeles Dodgers to be involved, as well. While Judge mostly has kept a low profile since the end of the season, he indicated last week that he was very early in the process, saying he was looking forward to getting started after becoming a free agent for the first time.

“I don’t know how fast it’s going to go or how slow it’s going to go, but there are teams we’ve talked to,” he said after being named MVP. “For me, if we’re going to build a winning team, if I can get [my contract] out of the way so they can move on or add some more pieces, I think that’s an advantage.”

The Giants have other holes to fill and have been in touch with the agents for free-agent infielders, center fielders and starting pitchers. Their Plan B is the top of the loaded shortstop class, but Judge is their focus right now, and they’re said to be pulling out all the stops to make a compelling pitch. At the very least, they have location and timing on their side this time.

In recent years, Giants officials have visited Los Angeles to woo Shohei Ohtani and Las Vegas to meet with Bryce Harper, but Judge is a native of Linden, a small town about 100 miles from Oracle Park. His first recruiting visit brought him home just before Thanksgiving.

On Monday, MLB Network caught Judge walking into a downtown San Francisco hotel. Asked what he was doing, Judge smiled and winked.

“Visiting some family and friends,” he said. “That’s about it.”

He later visited Oracle Park, and the Giants are hopeful they made a big impression on a player who would solve a lot of their problems on and off the field.

Why this rivalry game feels so much bigger