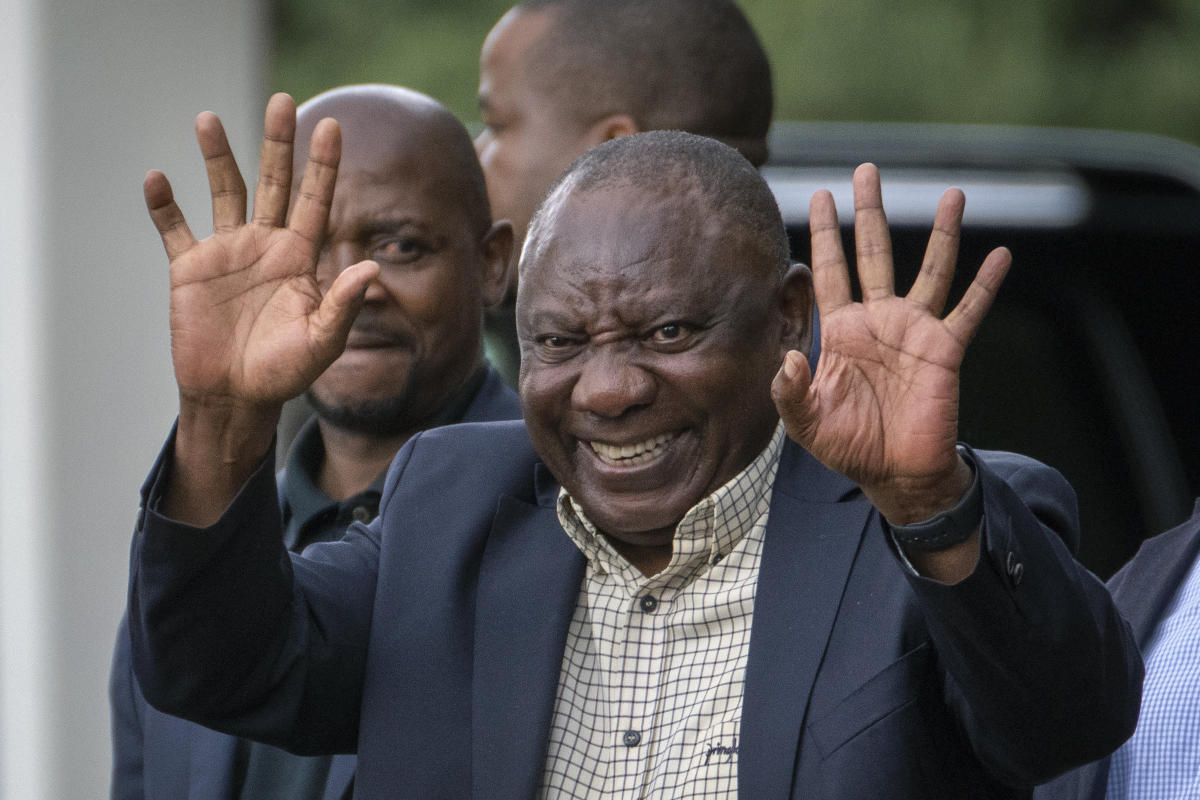 The meeting is expected to decide if Ramaphosa should remain as its leader or resign following a damning parliamentary report about the theft of large sums of dollars from his farm in 2020.

The report was drafted by an independent panel appointed to probe allegations leveled by the country’s former intelligence head, Arthur Fraser, that Ramaphosa tried to cover up the theft of an estimated $4 million from his Phala Phala farm in Limpopo province.

The ANC meeting takes place a day before lawmakers are set to debate the report and vote on whether to begin an impeachment process against the president.

Ramaphosa is facing calls from his detractors within the party and from opposition parties to step down after the report suggested he may have breached anti-corruption laws in failing to properly report the theft to the police and raised questions about the source of the money.

Ramaphosa has denied any wrongdoing, claiming that the money was from the sale of animals on his farm and that he had reported the matter to the head of his presidential protection unit.

The meeting is to decide on the way forward regarding the matter, and would instruct its lawmakers in Parliament on how to handle Tuesday’s parliamentary debate and vote, ANC spokesman Pule Mabe told reporters on Monday.

“We know that the release of the section 89 report has attracted great public interest as it relates to the future of the African National Congress and its leader, in the person of the president.

“We can assure you that the ANC is capable of managing all of this, we have done so in the past and we are going to do so now,” said Mabe.

Ramaphosa briefly attended the meeting and recused himself as it was discussing a matter affecting him personally, said Mabe.

Ramaphosa was also recused from a meeting of the party’s national working committee, which took place on Sunday.

The ANC’s national executive committee, with 86 members, is the party’s highest decision-making body and has the power to force the president to resign and to instruct its lawmakers on how to vote on various matters.

The ANC still maintains a majority of seats in Parliament, enough to block a vote by all opposition parties to begin impeachment proceedings against Ramaphosa.

Earlier, Speaker Nosiviwe Mapisa-Nqakula announced that a request by one of the opposition parties to have a secret ballot had been declined by Parliament.

The Great British Bake Off has announced the star-studded line-up for their 2023 celebrity special in aid of Stand Up...