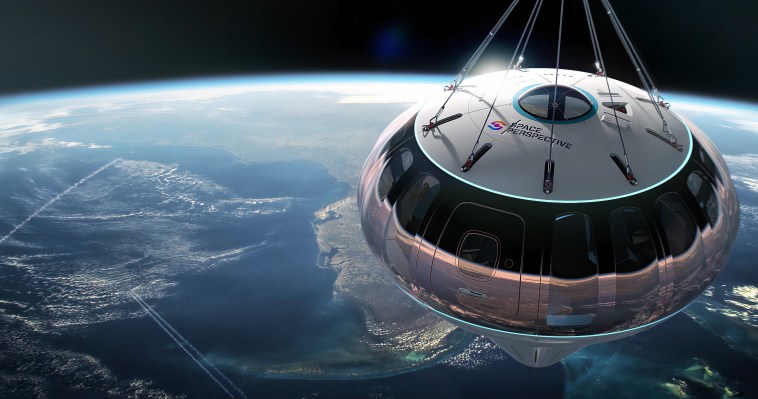 The successful commercial launches of Blue Origin, SpaceX and Virgin Galactic have officially ushered in a new era of space tourism. But unlike these companies, which are planning on taking people to space using rockets or spaceplanes, two-year-old startup Space Perspective is taking a different tack.

Instead of going to space on a rocket, which are prohibitively expensive to develop and may not appeal to all customers, the startup plans to offer rides to the stratosphere using a capsule attached to a large balloon. Its plans have attracted investor interest: the company said Thursday it had raised a $40 million Series A to take it through to its first planned commercial flights in late 2024.

Space Perspective has already collected 475 reservations, each of which was secured by a deposit between $10,000-$25,000, depending on how soon the passenger is looking to fly. The total cost of a seat is $125,000.

Not going the rocket route has its trade-offs. While a balloon ride is significantly cheaper, and may appeal to more risk-averse customers, customers won’t go quite as high into the atmosphere and won’t experience any weightlessness. Instead of hitting or surpassing the Kármán line, the internationally recognized but ultimately invisible boundary delineating “space” at 50 miles above sea level, the stratospheric balloon will take customers to around 20 miles above Earth. (This is still significantly higher than a commercial airplane ride, which only reaches around 7 miles above sea level.)

But Space Perspective promises that its 6-hour ride will still offer spectacular views, especially of the curvature of the Earth and the blackness of space. The plan is for the space balloon to gradually ascend for two hours at 12 miles per hour, glide at apogee for two hours, then spend the final hours of the flight gradually descending. The capsule will splash down in the ocean, where eight customers plus one pilot will be scooped up by a ship, similar to how NASA and SpaceX retrieve their crewed capsules.

There are other perks to not going quite so high: from the description, it sounds like the Space Perspective balloon ride will look and feel more like a first-class commercial flight with any major airline today, rather than an astronaut launch. Customers will apparently have access to WiFi and even a bar. No special training will be required, either; a company spokesperson said the pre-flight safety briefing will be similar to that delivered by flight attendants today.

The company has already hit a major milestone, successfully launching an uncrewed, unpressurized full-sized capsule simulator to target altitude in June from the Space Coast Spaceport in Florida. The next series of test flights will also be uncrewed, followed by the first piloted test flight in 2023.

Space Perspective was founded by husband and wife and co-CEOs Jane Poynter and Taber MacCallum. The pair were crew members of Biosphere 2, an ambitious and eccentric project to recreate Earth’s conditions in an enclosed system. They later founded Paragon Space Development Corporation, which develops life-support systems for astronauts, and World View Enterprises, a company developing stratospheric balloons for remote sensing. Earlier this month, World View also announced it would offer stratospheric balloon rides by 2024, for $50,000.

The Series A was led by Prime Movers Lab, with additional participation by new investors LightShed Ventures, the Explorer 1 Fund, and Yamauchi no.10 Family Office. Additional investors include Tony Robbins, VC firms E2MC and SpaceFund, Kirenaga Partners, Base Ventures, and 1517 Fund.