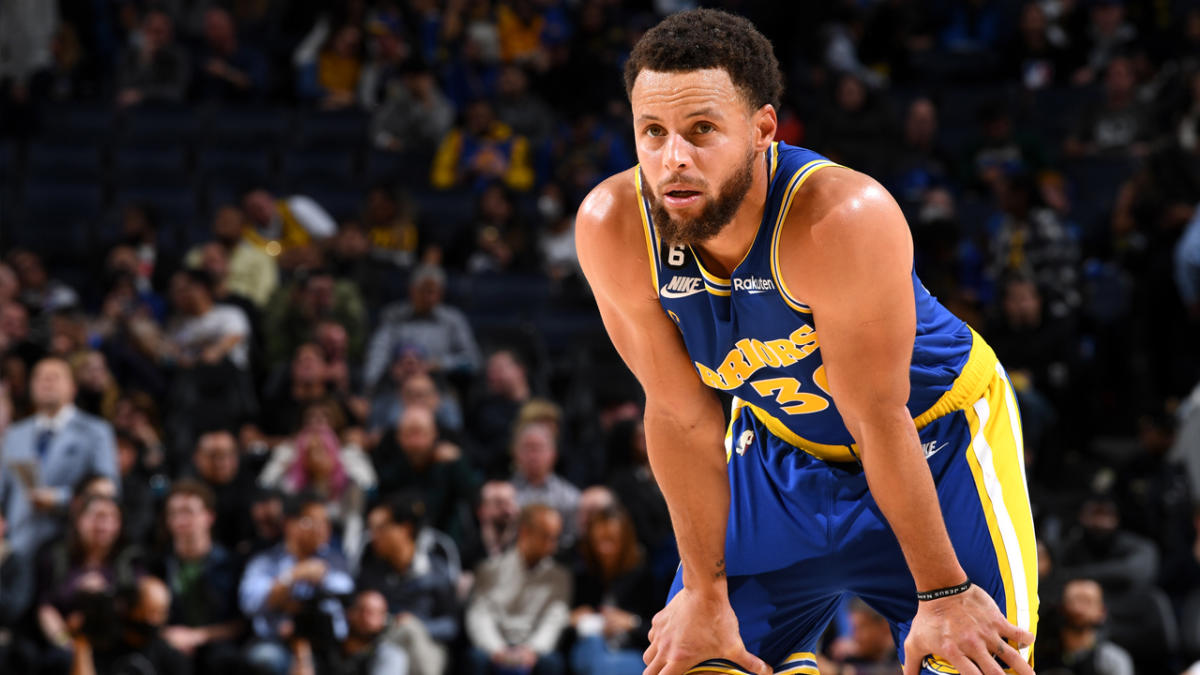 Steph Curry did not make five straight full-court shots after practice at the Warriors facility Sunday, despite what a viral video portrays.

The video in question, posted by Sports Illustrated, was confirmed by the Warriors as fake a few hours after the clip started making the rounds on social media.

After the Warriors’ 112-104 loss to the Indiana Pacers on Monday night at Chase Center, Curry was asked about the video.

“The doctored, the edited, the CGI-ed ,” Curry told reporters. “Nobody believes I made five in a row from 90 feet?”

The full-court shot is something Curry attempts occasionally at the end of his pregame warmup routine.

He has yet to make it, though he did hit the backboard before last Friday’s home game against the Chicago Bulls.

But the fact that Curry has made countless trick shots and is known for making the wildest shots possible led many to believe the fake clip was real.

“I’ll let them be the judge of that but it’s an ultimate compliment to probably be amazed by it but not think it’s outlandish that it could be real,” Curry told reporters. “But we had some fun with it. The Sports Illustrated team coming with some heat. I did make two of them, just in case anybody was wondering.

“I used them all then. I didn’t make any tonight.”

A day after the fake video went viral, Curry had his worst game of the season, finishing with 12 points on 3-of-17 shooting from the field and 2-of-10 from 3-point range in the loss to the Pacers.

Even Klay Thompson knows exactly what it means that people thought the video was real.

“That he’s the greatest to ever shoot it,” Thompson told reporters.

RELATED: Why Draymond has LeBron ahead of Jordan, Steph on all-time list

Curry is the undisputed greatest shooter in the history of the NBA, but even the best have their limits.

Five full-court shots in a row? That’s a little too farfetched, even for Curry.

At just 25, Isiah Desmond Valle-Kirk had already come a long way to get where he was in life, according...

Biden White House, McCarthy dig in ahead of debt meeting

Putin will not dare use nuclear weapons on Ukraine, Zelensky advisor claims

The West must ignore Vladimir Putin’s nuclear threats, a top advisor to Ukraine’s President Zelensky has said. The Kremlin claimed...

Thirty-five years after the first Black man quarterbacked a Super Bowl team, the NFL's showcase has two Black QBs. It's...

Teams are closing in on the Toronto Raptors as the team is reportedly listening to trade offers for forward O.G....

The NFL is lucky the sequence didn't play a direct impact on the outcome of the game.

Pratt's outburst was out of line with the otherwise united Bengals front in support of Ossai on Sunday.