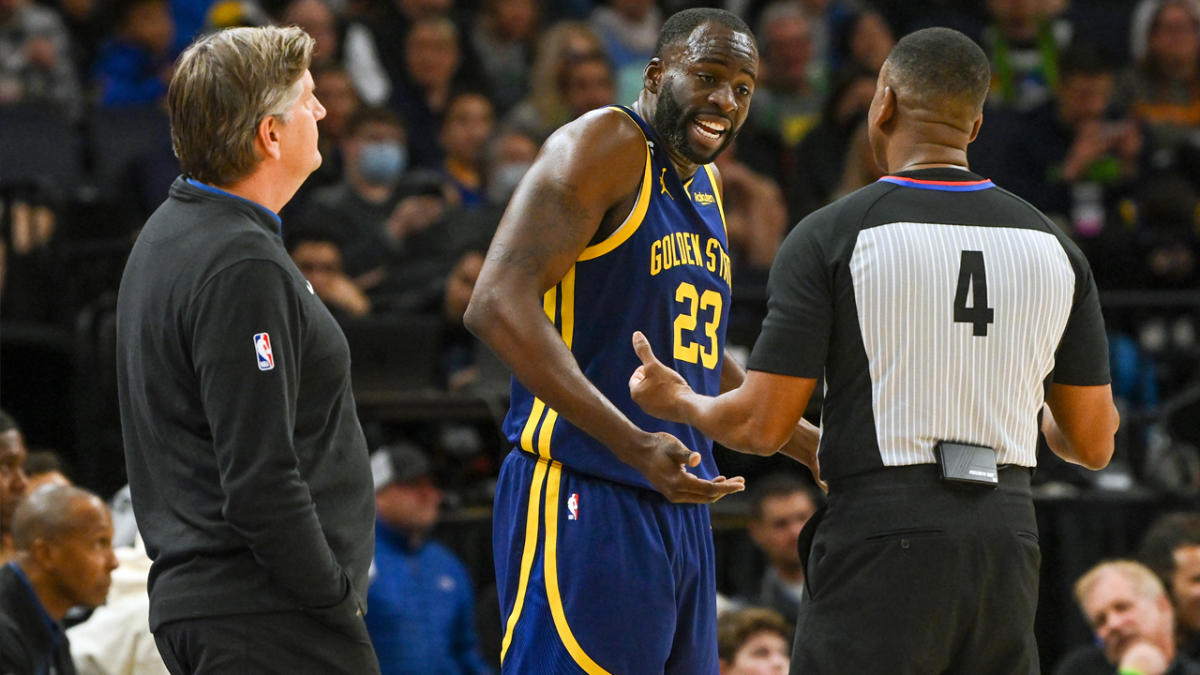 Long after they had been removed from the Warriors‘ blowout win over the Minnesota Timberwolves on Sunday, Draymond Green and Steph Curry were hit with technical fouls.

Following a Jordan Poole layup with under 90 seconds remaining in regulation, Green was assessed a technical foul for walking onto the court while celebrating the play.

Less than a minute later, Donte DiVincenzo made a 3-pointer, causing Curry to come off the bench near the opposing basket to celebrate. He was wildly waving a towel and was given a technical foul.

It appeared as if Curry was trying to prove a point.

Postgame, Green spoke to reporters in Minnesota and appreciated Curry backing him up.

Green then went on to explain what the referees said.

“They told me I was at the lane line,” Green said. “I thought I was standing in the corner, so I don’t know. Sucks though. It’s the NBA man. Your teammates make a good move. I didn’t affect the play, like, there’s no one near me. Sucks. And the fact that that’s going to count, come on.

“It’s ridiculous. But whatever. It is what it is.”

The NBA has made it a point of emphasis this season to stop players from stepping onto the court during game action, handing out technical fouls if it happens.

During the Western Conference finals in May, the Warriors were on the other side of this when the Dallas Mavericks constantly pushed the boundaries of the bench.

Luckily for Green, Curry and the Warriors, the result of the game wasn’t in doubt and the technical fouls didn’t impact the outcome.

Eagles run wild as Rodgers gets knocked out