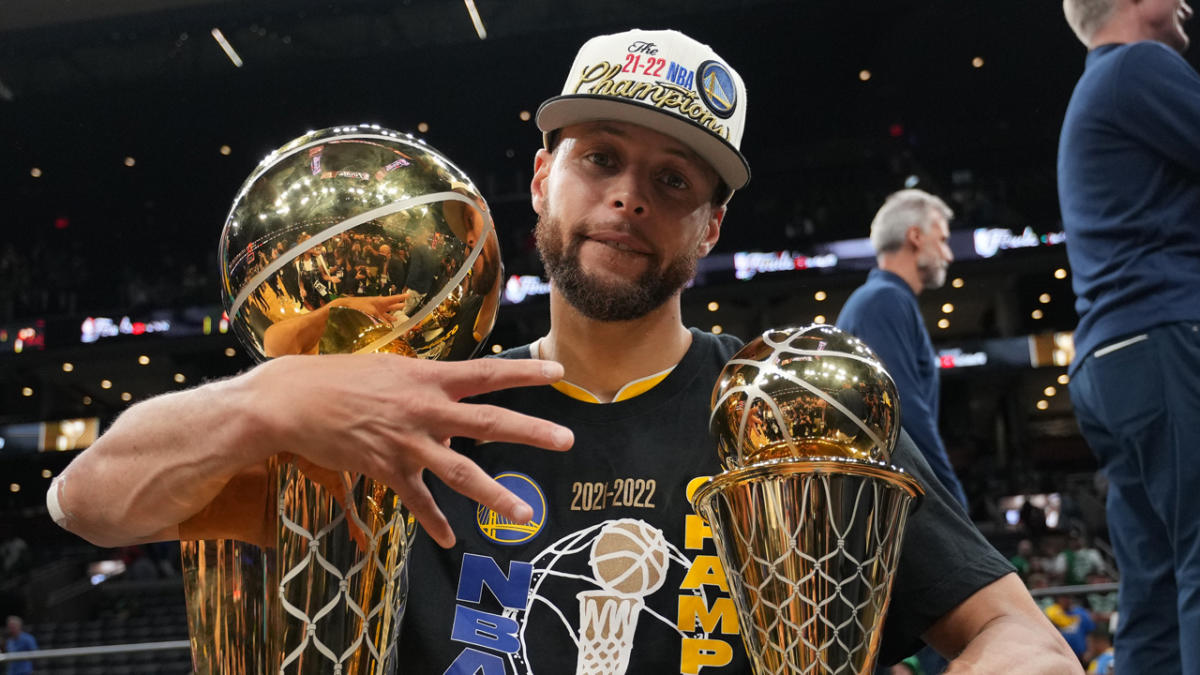 After leading the Warriors to their fourth NBA title in eight years, it’s only natural to wonder how many more years Steph Curry can continue playing at an elite level.

If you ask the 2022 NBA Finals MVP — and arguably the best player in the league — the 34-year-old believes he can play at least four more years past the duration of his current contract.

“The championships are just getting in the way,” Curry said to Rolling Stone Magazine’s Matt Sullivan.

Despite the Warriors star entering his mid-30s, there is no reason to believe Curry can’t maintain his current production.

Since his injury-riddled 2019-20 NBA campaign, where he only played five games, Curry has averaged 28.7 points, 6.0 assists, and 5.4 rebounds in 34 minutes of action. His shooting splits have remained similar to how they were earlier in his career, with Curry shooting 46 percent from the field, 40.1 percent from 3-point land, and 91 percent from the stripe.

The 2021-22 NBA season saw Curry shoot the lowest percentages of his career, a sign that while he can still put up numbers, his effectiveness might decrease to compensate.

Curry said the basketball court would remain “his safe space” even as he ages.

“There are more thoughts, as you get older, of that healthy insecurity: ‘How long can this go?’ ” Curry told Sullivan. “I’m not afraid of what’s next, but the invisibility — the fact that when you’re in your actual prime, you’re not thinking anything else — now I have a healthy balance of both.”

With Curry getting a better understanding of how to treat his body and approach the offseason at his age, the Warriors guard could play until he’s in his early-to-mid 40s.

While athleticism is often the first thing to leave an athlete, perhaps one thing that never does is the ability to shoot.

Considering Curry’s the greatest shooter of all time and he still has the hunger to win more NBA titles, there’s no doubt that he can keep on playing in some capacity.