Saquon Barkley: When I saw Tyrod Taylor go down, I realized I was up next at QB

There's only 1 logical move for Steelers at QB

How KC Chiefs CB conned Tom Brady on one of game’s biggest plays: ‘That was money’

What to watch on TV this week: The 7 best shows, from 'The Walk-In' to 'The Bear' 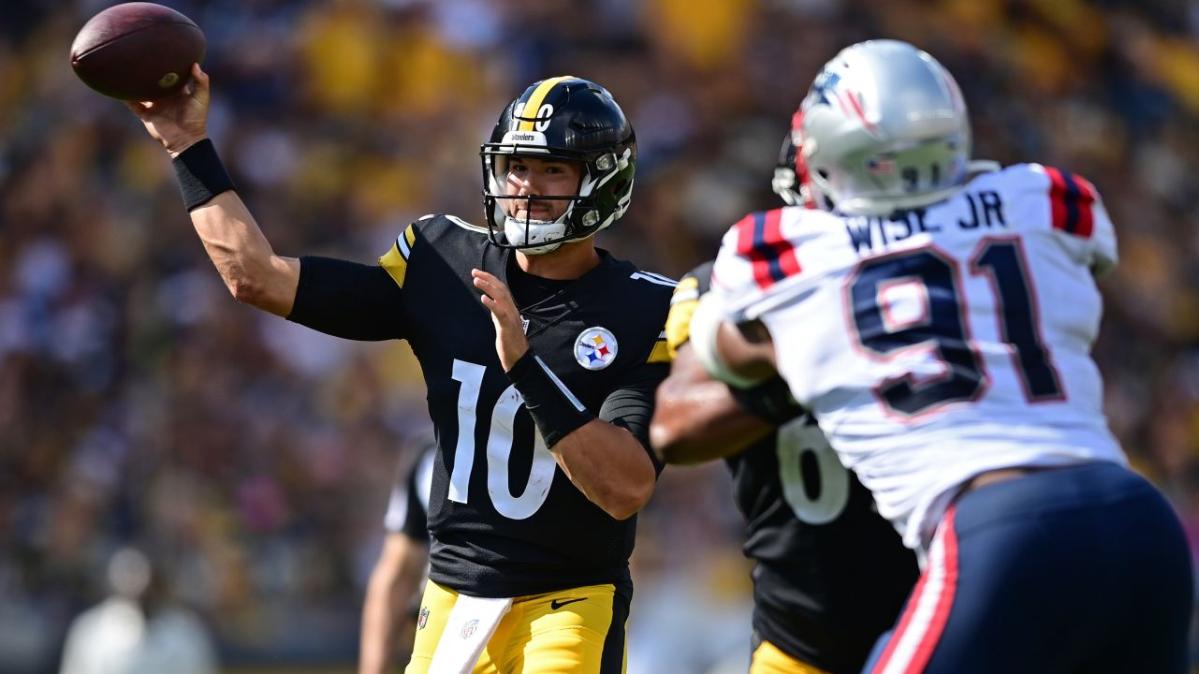 The Pittsburgh Steelers barely defeated the defending AFC champion Cincinnati Bengals in overtime during Week 1. They were not as lucky Sunday in Week 2.

The New England Patriots went into Acrisure Stadium and beat the Steelers 17-14 for their first win of the season. They also exposed Pittsburgh’s offense as a joke.

The Steelers tallied just 243 yards of offense. Starting quarterback Mitch Trubisky threw for 160 yards with one touchdown and one interception. His QBR was 35.4 out of 100. It was a dreadful performance from Trubisky, who has failed to take advantage of the surplus of impressive talent surrounding him at the skill positions, most notably Diontae Johnson, Chase Claypool and Najee Harris.

ESPN’s Stephen A. Smith didn’t hold back in his criticism of the Steelers on Monday’s episode of “First Take.” He called the team “nightmarish”, before labeling Trubisky as “Jameis Winston (of the) AFC”.

Check out Smith’s full rant in the video below:

The question for the Steelers is when do they make rookie Kenny Pickett the starting quarterback? Pickett was a first-round pick in the 2022 NFL Draft and played college football at the University of Pittsburgh. He played pretty well in the preseason, but the more experienced Trubisky was named the starter.

After two lackluster offensive performances, going with Pickett might give the Steelers a much-needed jolt of energy. This team is going nowhere with Trubisky as the starter. If the Steelers are going to have any chance of making the AFC playoffs, it will be with Pickett under center.

When you’ve proven it all, what’s left to drive you?

Moore: Here are my candidates to replace Herm Edwards