'Stock up on blankets': Ukrainians brace for bleak winter 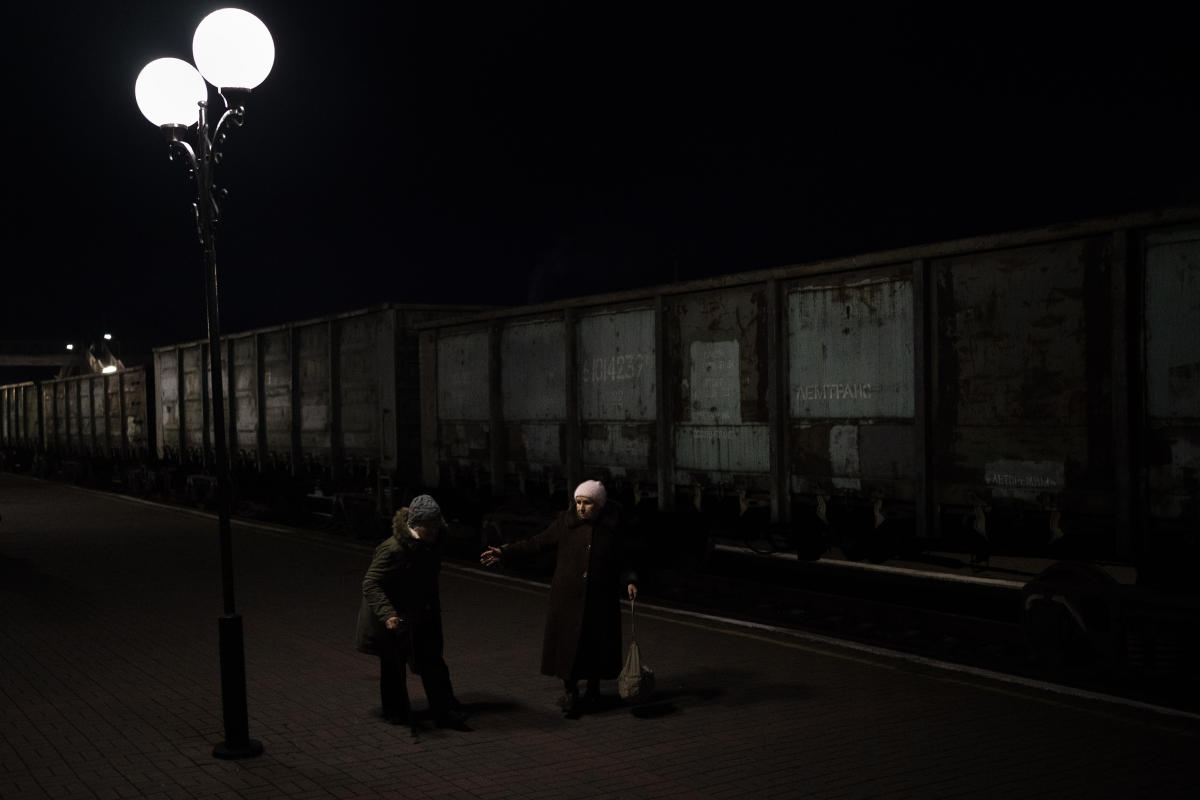 KYIV, Ukraine (AP) — Rolling blackouts across Ukraine may continue through March, according to one of the country’s energy chiefs, as Ukrainians brace for a grim winter after weeks of relentless Russian strikes against its power grid.

Sergey Kovalenko, CEO of private energy provider DTEK Yasno, said in a Facebook post late Monday that the company was under instructions from Ukraine’s state grid operator to resume emergency blackouts in the areas it covers, including the capital Kyiv and the eastern Dnipropetrovsk region.

“Although there are fewer blackouts now, I want everyone to understand: Most likely, Ukrainians will have to live with blackouts until at least the end of March,” Kovalenko warned.

“I think we need to be prepared for different options, even the worst ones. Stock up on warm clothes, blankets, think about what will help you wait out a long shutdown,” he said, addressing Ukrainian residents.

Russia has been pummeling Ukraine’s power grid and other infrastructure from the air for weeks, as the war approaches its nine-month milestone. That onslaught has caused widespread blackouts and deprived millions of Ukrainians of electricity, heat and water.

Temperatures commonly stick below freezing in Ukraine in the winter months. Ukrainian authorities have started evacuating civilians from recently liberated sections of the southern Kherson and Mykolaiv regions out of fear that the winter will be hard to survive.

Kovalenko added that even if no more Russian strikes occur, scheduled outages will be needed across Ukraine to ensure that power is evenly distributed across the battered energy grid.

Ukrainian President Volodymyr Zelenskyy says Russian missile strikes have damaged more than 50% of the country’s energy facilities, and the World Health Organization is warning that millions face a “life-threatening” winter in Ukraine.

The battle for terrain has continued unabated despite the deteriorating weather conditions, with Ukrainian forces pressing against Russian positions as part of a weeks-long counteroffensive and Moscow’s forces keeping up shelling and missile strikes.

In the partially occupied Donetsk region, the city of Avdiivka was most affected by the shelling, Donetsk regional Governor Pavlo Kyrylenko said on Telegram.

The city was hit by several strikes overnight and a massive artillery barrage early in the morning. No casualties were reported, according to the official.

The governor of the Sumy region, Dmytro Zhyvytskiy, said a total of 86 projectiles were fired at the region overnight. The Russian forces targeted several villages with mortar fire, he said. No casualties were reported there, either.

In Dnipropetrovsk, the cities of Nikopol and Marhanets came under fire overnight, according to Gov. Valentyn Reznichenko, with the Russian forces firing some 60 projectiles.

No casualties were reported, and the official didn’t offer any details on the extent of the damage.

Follow all AP stories about the war in Ukraine at https://apnews.com/hub/russia-ukraine.

US and Chinese defense chiefs meet amid strained relations

Iran says it enriches uranium to 60% purity at Fordo site

NHS crisis: Why are Brits still struggling to get GP appointments?

Britons are still struggling to get face-to-face GP appointments — despite multiple ministers promising to fix the situation. Furious campaigners...