Suspect in custody after person shot near Dayton apartment complex 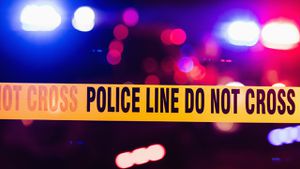 A person was shot near a Dayton apartment complex early Saturday morning.

Dayton Police, Fire, and EMS were called to the 1000 block of Danner Avenue at around 5:50 a.m. after a person was shot, a Montgomery County Regional Dispatch spokesperson told News Center 7.

Medics performed CPR on the victim once officers secured the scene, the spokesperson said.

The victim was not transported to a local hospital because medics were still performing CPR at the scene during the time of questioning.

It is currently unknown if the person suffered life threatening injuries.

Officers took a suspect into custody, the spokesperson informed.

It is currently unknown if the suspect was charged with any crimes.

We will update this story as it develops and more information is released.