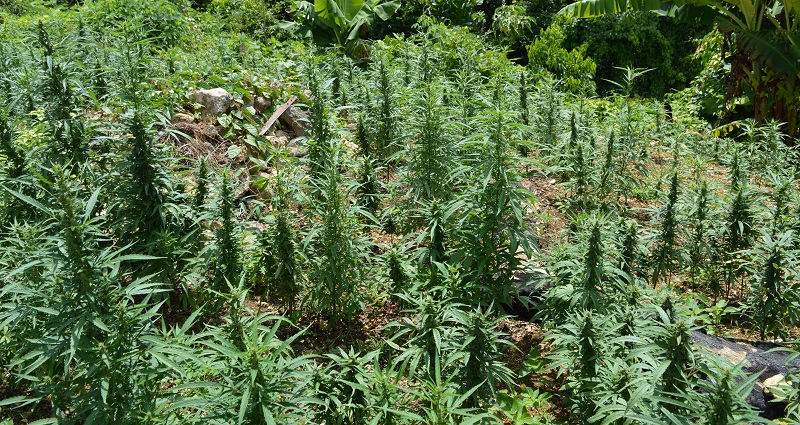 The suspect behind a quadruple homicide inside a marijuana farm in Oklahoma was arrested in Florida and is now facing extradition to Oklahoma.

State law enforcement said the man, identified as Wu Chen, 45, was arrested before 4 p.m. on Tuesday after an automated vehicle registration plate reader tagged his car in the Miami Beach area, the Oklahoma State Bureau of Investigation (OSBI) announced on Facebook.

Chen was taken to the Miami-Dade County Detention Center without incident on homicide charges and shooting with intent to kill and is awaiting extradition to Oklahoma.

The incident occurred at a cannabis grow operation in Kingfisher County, Oklahoma, on Sunday. Authorities said Chen entered the property around 5:45 p.m. and spent a significant amount of time inside the marijuana plantation before executing the victims.

Authorities said “several employees” were present with the four victims — three men and a woman — when they arrived at the scene. A fifth victim was reportedly injured from the incident and was flown to a hospital.

All victims were reported as being Chinese nationals, with their names still withheld. In a Facebook post, the OSBI said the next-of-kin notifications were pending because of “a significant language barrier.”

“The suspect was inside that building for a significant amount of time before the executions began,” the OSBI said in a news release on Tuesday. “Based on the investigation thus far, this does not appear to be a random incident.”

Police said they already had the suspect’s identity prior to the arrest, but they refrained from releasing the information as they believed it could put other individuals in danger.

Although the police have yet to release any leads regarding the case, OSBI Capt. Stan Florence claimed Chen knew the victims.

“They all know each other. Don’t know if they’re related, or if they’re coworkers, but certainly these individuals were, we believe, all familiar with each other,” Florence said.

The case, which is now being investigated with the assistance from the Oklahoma Bureau of Narcotics and Dangerous Drugs Control as a quadruple homicide, will “take a little time to process,” said Florence, as “there’s a lot to unravel with this case.”

In addition to the murders, Oklahoma authorities are also looking into the legal papers of the marijuana farm.

“It being a marijuana farm, obviously Oklahoma state law requires that they have a license from the Oklahoma Medical Marijuana Authority and from us,” Oklahoma Bureau of Narcotics spokesman Mark Woodward said.

“One of the things we’re looking at is, is it obtained legally or was it obtained by fraud? So that’ll be part of our investigation.”

Meanwhile, Porsha Riley, a spokeswoman for the Oklahoma Medical Marijuana Authority, told the Associated Press that there is an active license for a medical marijuana farm business in the location of the crime.

Other agencies assisting with the investigation include the U.S. Marshals Western District Task Force, Oklahoma Highway Patrol and the Hennessey Police Department.

(Reuters) – The United States on Tuesday urged delaying a deadline for a World Trade Organization decision relating to the...