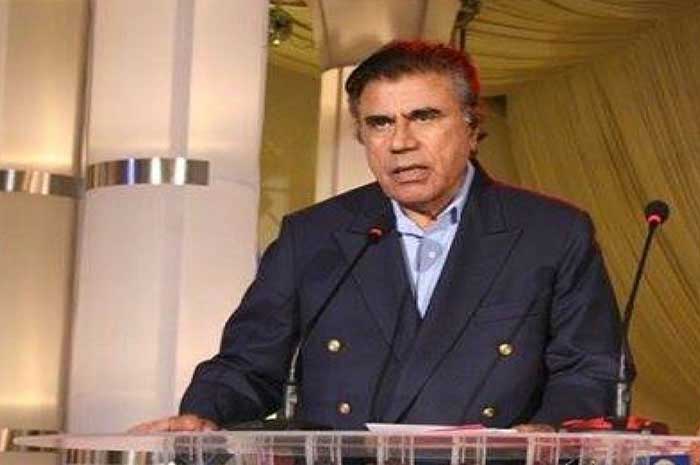 Tariq Aziz Death: Tariq Aziz died today on Wednesday, June 17, 2020. He was 82 years old, he died in Lahore. He was best known for the program Neelam Ghar.

Update 18 June 2020: Aziz’s Namaz-e-Janaza has been offered yesterday and he was buried in Lahore.

Tariq was a Pakistani film actor, television host, and politician, he was born on 6 March 1938 in Punjab, Pakistan. work on the PTV’s Quiz Show Neelam Ghar, first aired in 1974, later renamed the Show on his name and later known as Bazm-e-Tariq. He was the first announcer of Pakistan Television Network’s first transmission. He also had been a member of the National Assembly of Pakistan between 1997 and 1999.

He was critically ill and was admitted to a private hospital last night where he last breathed, his son confirmed the news of his father’s death. Tariq started his career from the Pakistani film  “Insaniyat which was released in (1967)”. Aziz also starred in another Pakistani film “Haar Gaya Insaan”. Aziz has appeared on several local television programs and morning shows. His fans and even all Pakistani kid who have watched “Neelam Ghar” is now sad and mourning.

The reaction of Twitteraties on Death

Atleast 90s kids remember him. His voice >
And the charm of his personality, you can't forget him.
Daikhti ankhaun suntay kanaun, Tariq Aziz hmse bichar gaye
May Allah bless his soul.#TariqAziz pic.twitter.com/VDYtR9A9oI

Waking upto the demise of Legend Tariq Aziz is such a heart breaking, May Alllah Grant Him Highest Rank In Jannah? #TariqAziz pic.twitter.com/lvZJ6SYh0G

Video released by authorities in Memphis Friday shows police officers beating Tyre Nichols after a traffic stop that ended with his hospitalization...

Photo by Anna Moneymaker/Getty Images As financial questions continue to swirl around George Santos, his campaign might face a new...

Holiday trips within China surge after lifting of COVID curbs

By Yew Lun Tian BEIJING (Reuters) – The number of people making trips inside China over the week-long Lunar New...

Reyna is at the center of an ugly saga involving his wife, his son Gio and USMNT coach Gregg Berhalter.

“I don't know what happened to my balls," he said. "I guess they were trying to be like basketballs."

There is always something working in opposition of the Knicks, so fans have good reasons to be wary. But the...

It's easy to see why Klim Kostin has quickly become a fan favourite in Edmonton.

Todd McShay says Texans ‘will do everything’ for Bears’ No.1 pick

ESPN draft analyst Todd McShay says he thinks the Houston Texans "will do everything they can" to trade with the...