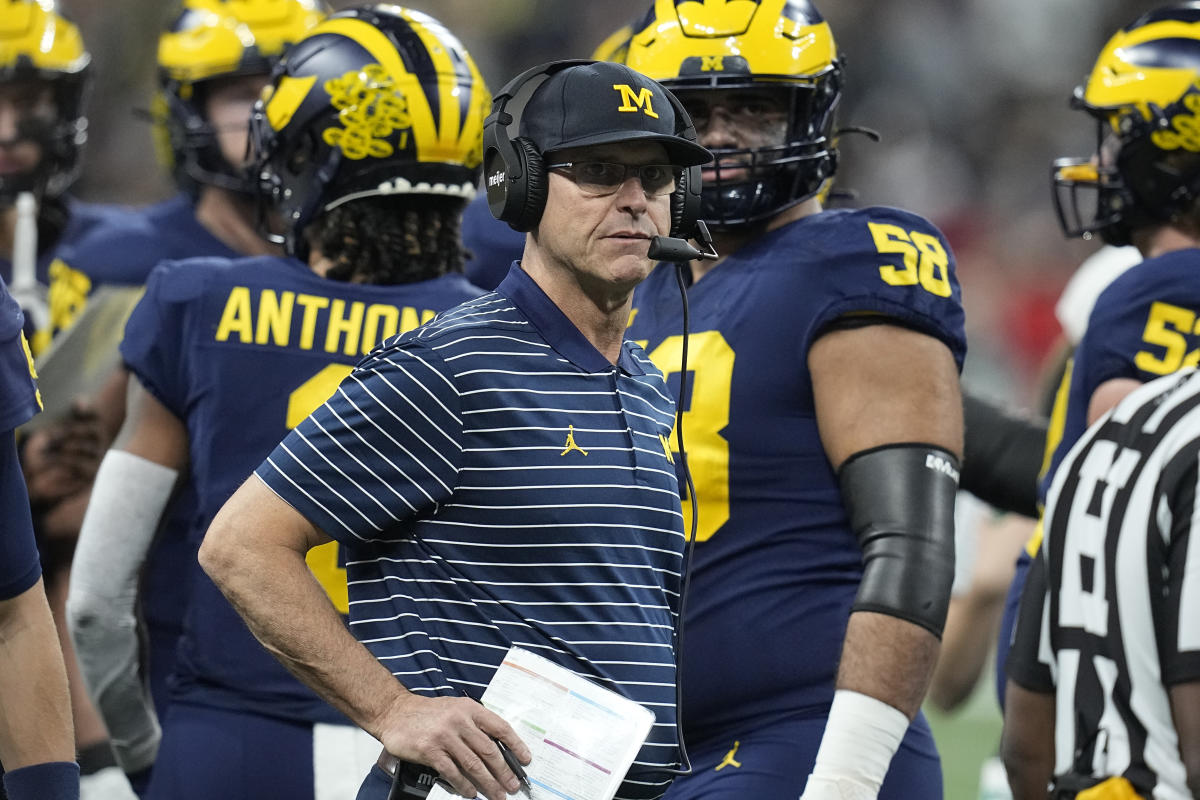 How these teams got here

Michigan (13-0): After making the playoff for the first time in the Jim Harbaugh era in 2021, the Wolverines surpassed expectations in 2022 and did it again. Unlike in 2021, Michigan made it through the regular season undefeated. The only close calls came in a 34-27 win at home over Maryland and in a 19-17 win at home against Illinois in the week ahead of the Ohio State game. That Illinois win was costly; RB Blake Corum suffered what ended up being a season-ending knee injury. But Donovan Edwards has been spectacular since taking over as the No. 1 back and his explosiveness was on full display in a 22-point win over Ohio State that vaulted Michigan into the playoff.

TCU (12-1): The Horned Frogs are the surprise member of the four-team playoff field after winning seven more games in 2022 than it did in 2021. TCU was so bad a season ago that it parted ways with longtime head coach Gary Patterson with four games to go in the season. Former Cal and SMU coach Sonny Dykes was hired as Patterson’s replacement and the offense has taken a huge step forward while the defense is giving up nearly 10 points fewer per game than it did a season ago. QB Max Duggan became a Heisman candidate over the course of the season, finishing second in the voting.

What’s on the line

Michigan: The 13 wins in 2022 are already the most in a single season in school history. Another win (or two) will make that record even bigger. Michigan hasn’t won a national title since 1997 when it finished No. 1 in the AP poll after going 12-0 and winning the Rose Bowl. A win on Saturday would give Michigan the chance to play for a 10th national title in school history.

TCU: The Horned Frogs are in the College Football Playoff for the first time after getting jobbed in 2014. A 13th win would match the team’s winningest season in 2010 and a 14th win in the national title game would be a school record. TCU can claim only one national title (so far) and that came in 1938.

It has been one week since a 78-year-old man with dementia went missing from Beavercreek. Police and family continue to...

Some Super Bowl hosts have had better luck than others.

The ‘baffled’ diving expert leading the search for missing Nicola Bulley fears her mobile phone discovered on the bend next...

Klay Thompson dropped in 12 3-pointers and scored 42 points in the Warriors' big win over the Thunder.

The Lakers failed in their pursuit of Kyrie Irving, who was traded to the Dallas Mavericks.