The left's message for the Fed: Stop punishing workers 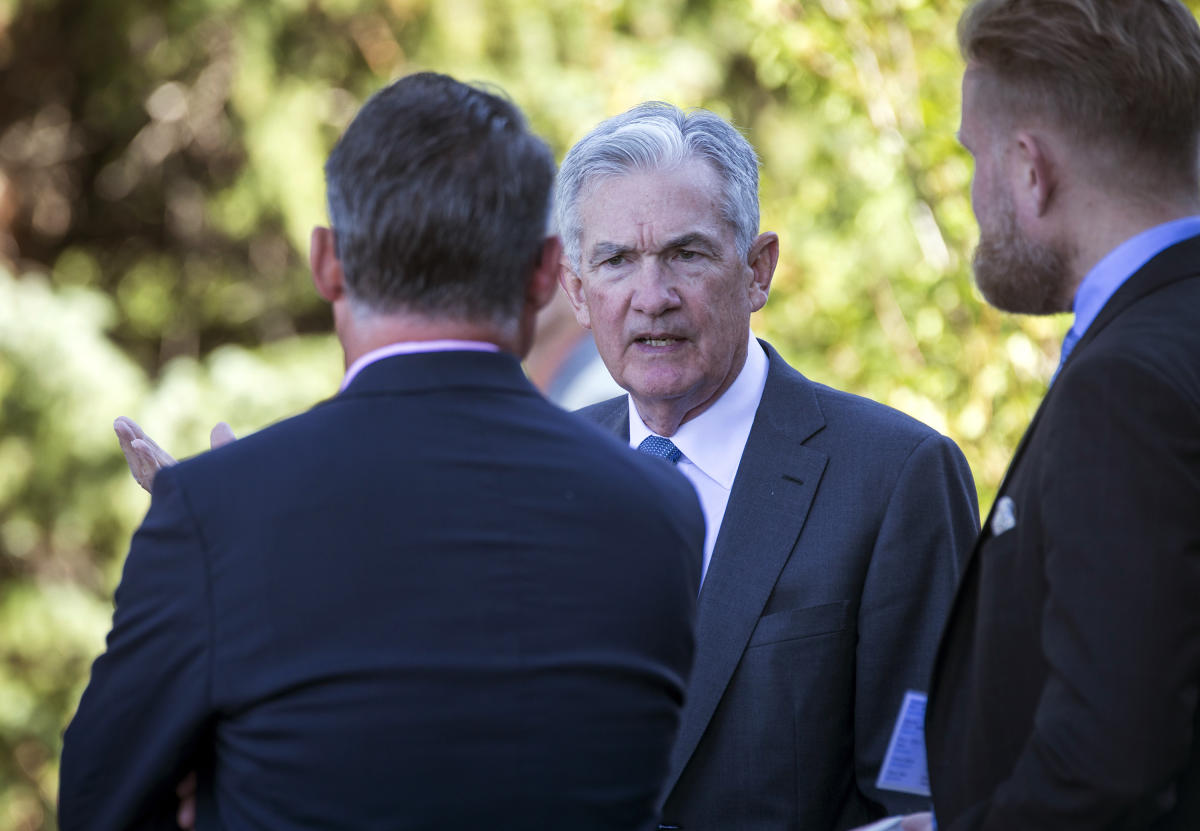 Federal Reserve Chair Jerome Powell is warning of pain in the job market in the war against high inflation.

A growing coalition of progressives has its own message to the Fed: Stop punishing workers.

The layoffs of thousands of people at tech giants from Amazon to Facebook have fueled fears that more job losses are coming, and that’s sparking a backlash from Democratic lawmakers and labor advocates against Powell for suggesting that unemployment likely needs to rise to ease wage growth and tame surging prices. That attitude, they say, reflects an institutional bent at the central bank — that workers must always bear the brunt of the fight against inflation, even though Powell himself has said wage growth isn’t a primary driver of inflation.

“That’s a return to the bad old days,” said Benjamin Dulchin, head of the Fed Up Campaign, a coalition of community groups and labor unions. “Overreacting and sticking it to working people because that’s the only thing they know they can do, it’s the same old bias.”

Fed Up was among the progressive groups that praised the Republican Powell when he declared in 2020 that the Fed would focus more on workers by holding off on raising interest rates for as long as possible — defying decades of central bank policy in adopting a new, labor-centered framework in the wake of the civil unrest after George Floyd’s murder.

But Powell — who will address the labor market situation at a Brookings Institution event on Nov. 30 — is now battling persistent and raging inflation, a post-pandemic trend that the Fed didn’t see coming. That has prompted policymakers to return to their traditional focus on fighting inflation by cranking up borrowing costs even if it leads to a surge in joblessness and triggers a recession.

The criticism is the first sign of an erosion in political support for Powell, who sailed to confirmation to a second term with 80 votes in the Senate in May. Though he still enjoys backing from the White House and bipartisan deference, his quest to slow hiring will probably lead to more broadsides from the new Congress in the form of legislative proposals, oversight hearings and angry letters.

Powell’s critics say much of inflation is driven by factors outside of the Fed’s control, such as supply chain problems, and cite signs that inflation is already beginning to cool, borne out by the latest Consumer Price Index report. Progressives like Sens. Elizabeth Warren (D-Mass.) and Sherrod Brown (D-Ohio) also blame corporations for taking advantage of the situation and jacking up prices excessively.

Warren recently led 10 other lawmakers in calling the Fed rate hikes “alarming” and demanding a further explanation for them. Other Democrats like Brown, an Ohio Democrat who oversees the Fed as chair of the Senate Banking Committee, and Sen. John Hickenlooper of Colorado have also weighed in.

Powell isn’t backing down. While he and other Fed policymakers have signaled that future increases to borrowing costs will be more gradual as they gauge the impact on the economy, they also say rates still have much further to rise.

Senior central bank policymakers say they’re open to signs that inflation can cool without much of a hit to employment; for example, a key measure of employer compensation costs, given particular weight by the Fed, shows that private sector wages are decelerating. But they’re not convinced yet. Powell underscored in his press conference in early November that he still thinks the labor market is “out of balance.”

For now, the market is still so robust that demand for workers far exceeds the number of people available to fill jobs. Powell says it will need to soften — which can mean anything from fewer job openings to mass layoffs — a message echoed by other Fed officials in the last week. More broadly, he argues that while job losses are agonizing for many families, inflation hurts everyone, especially lower-income people.

“I don’t think the Fed’s goal is to have a weaker labor market; its goal is to have lower inflation,” said Jason Furman, a Harvard professor who served as chief economist to President Barack Obama. “They’re saying, if unemployment starts to go up, we’re still going to stick with it.”

Traditional economic models suggest that lower unemployment and rapid wage growth are tied to inflation, a framework that has led former Treasury Secretary Larry Summers to suggest the jobless rate will have to rise to 6 percent, from 3.7 percent in October, to properly tackle inflation.

For their part, Fed officials in September said they expect their rate moves to drive unemployment to 4.4 percent by next year — which could translate to more than a million job losses. But they’re not targeting a certain level of employment.

“We’re never going to say that there are too many people working, but the real point is this: Inflation — what we hear from people when we meet with them is that they really are suffering from inflation,” Powell told reporters at that time. “And if we want to set ourselves up, really light the way to another period of a very strong labor market, we have got to get inflation behind us. I wish there were a painless way to do that. There isn’t.”

Therein lies the dilemma: What’s the best way to bring down inflation, if not through the cudgel of higher interest rates? The existing playbook isn’t extensive.

Lindsay Owens, executive director of progressive think tank Groundwork Collaborative, argued that it should be opportunistic companies, not workers, that pay the cost of bringing down inflation, through a tax on so-called excessive profits.

“We have seen increasing examples of companies talking about the fact that either they are seeing their input costs coming down, or they see a future in which their input costs come down,” she said, citing corporate earnings calls with shareholders. “And then pivoting to saying, ‘this is really good news, because we’re going to keep the same pricing,’ or in some cases, saying, ‘we’re going to be doing more pricing increases.’”

Skanda Amarnath, executive director of worker advocacy group Employ America, said the Fed could also slow economic activity without aiming to push up unemployment. He said the purpose of aggressive government spending in the wake of the pandemic was to return the economy to pre-pandemic employment levels. Now that the labor market has largely recovered, “we don’t need that much growth right now to keep employment at a high level.”

“That’s the middle ground,” he said. “They’ve kind of just said that doesn’t exist, which is wrong and problematic.”

But many economists say it’s an open question whether the labor market itself will need to be a casualty in the fight against inflation, or if it might merely be collateral damage.

“Can inflation come back to the [Fed’s] 2 percent target, given wage growth?” said Guy Berger, principal economist at LinkedIn. “A lot of mainstream economists and the Fed probably think no, because wage growth by itself and by increasing costs will put upward pressure on inflation.”

Furman said the problem is the economy cannot produce enough to meet demand for goods and services, and inflation is the result.