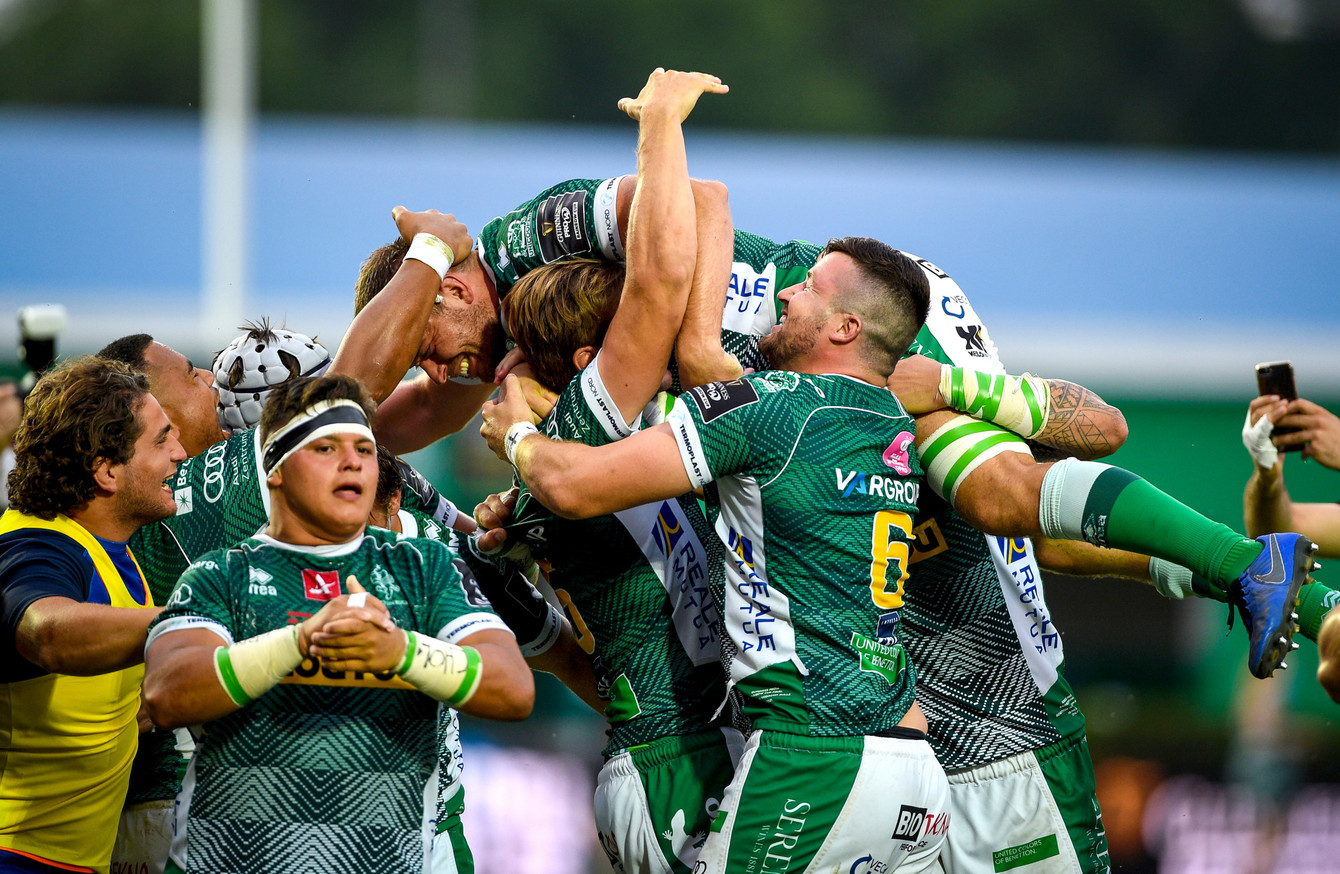 Benetton are aiming to build on their Rainbow Cup success.
Image: Elena Barbini/INPHO 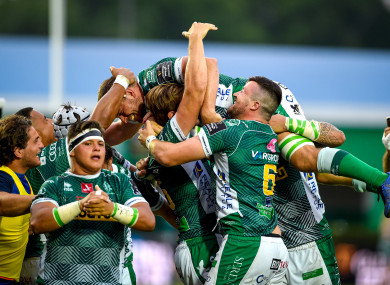 Benetton are aiming to build on their Rainbow Cup success.
Image: Elena Barbini/INPHO

MOST STRENGTH AND conditioning coaches working in rugby don’t have a place like Westside Barbell in the US on their CVs.

But Mallow man Jim Molony – who recently took over as head of S&C at Benetton Rugby in Italy – counts himself fortunate to have enjoyed a stint at the Ohio-based powerlifting mecca, which was the subject of a Netflix documentary.

The lessons he learned under the legendary Louis Simmons at Westside – ’the strongest gym in the world’ – inform his work to this day.

Simmons would pick Molony up each morning, take him for breakfast, assign him study, then test him on what he had learned later in the day. The intensity in the training facility itself was “a bit nuts and a bit crazy” but he can’t speak highly enough of the experience.

During that spell in the US back in 2008/09, Molony also spent time with highly-renowned injury prevention expert Mike Boyle, who recently sent him a message of congratulations when the Irishman landed his gig with Benetton.

“That time in the US was the single best thing I ever did for my professional career because it allowed me to develop my ethos,” says Molony.

“Lots of people coming out of university don’t know how to write a strength programme or why they’re writing it in a certain way.

“Most of the principles I learned in the States, if not all of them, I still use.”

More than a decade on, Molony is settling into life in the city of Treviso in northeastern Italy, having arrived with his family in June to take up his role as part of a new Benetton coaching team headed up by ex-Italy international Marco Bortolami and also including former England defence coach Paul Gustard.

Molony moved to Italy after more than six years in charge of Championship side Jersey Reds’ S&C department and is relishing the challenge of making Benetton more effective in an athletic sense.

Benetton are aiming to build on last season’s Rainbow Cup success and make themselves a real force in the United Rugby Championship in the coming years. Molony loves the ambition of the club as he continues the process of learning a new language.

“I have words on the tip of my tongue and might get one wrong and the players get a giggle out of it,” says Molony. “But they appreciate that you’re making an effort and buying into the culture.” 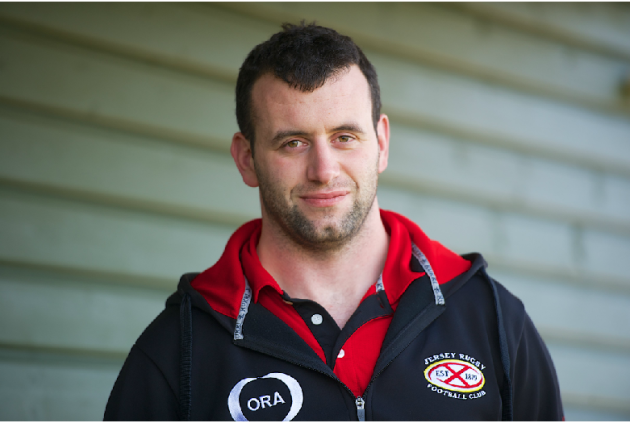 Molony during his time with Jersey Reds.

His two-year-old daughter has adapted quickly and was unbothered by the recent 30°C heat, while Molony says the city of Treviso is beautiful, clean, and safe.

The coaching team at Benetton also includes former Italy internationals Fabio Ongaro and Andrea Masi – both of whom have had stints in English rugby – while Antonio Pavanello is the club’s sporting director.

“We don’t have the resources that every other club does,” points out Molony.

S&C is one of the ways they can catch clubs with bigger budgets and he has found Benetton’s players willing to work hard.

“I wanted to create a greater connection to the rugby side of things, to potentially use GPS to a greater capacity,” he says of his focus upon joining during the summer.

“We can do straight-line running and become the fittest team in the world at that, but if we can’t hold onto the ball, you won’t see that fitness.

“We use GPS and ball-in-play [drills] to ensure we’re training at and above match intensity on a daily and weekly basis.

“The players know we need to work harder than a lot of other teams if we want to get the results. We can all get one-off results but if you want to climb that league table, you’ve got to work hard every day. Intensity has to be high all the time.”

Molony’s love affair with rugby began with Mallow RFC and the club is still close to his heart. Recognising he wasn’t going to make it as a player but very keen on being professionally involved in sport, he finished school and headed to the University of Salford in England to study sports rehabilitation.

A placement with Munster followed before his valuable time in the US, then Molony returned to his home province in 2009 for a two-year stint as an S&C coach, learning from the likes of Aidan O’Connell and the late, great Paul Darbyshire. 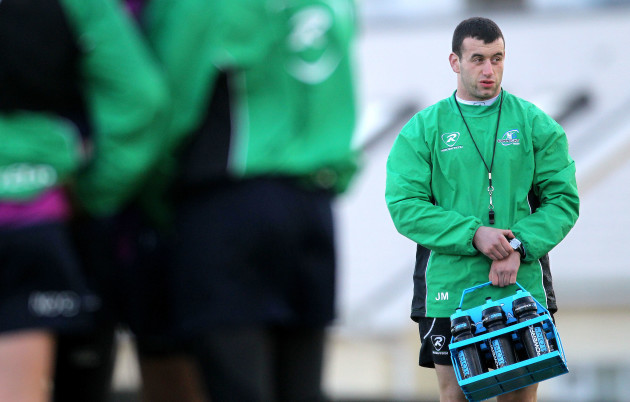 Molony pictured in 2011 during his time with Connacht.
Source: James Crombie

2011 brought a move to Connacht where Tom McLaughlin – now at Ealing – was a mentor and Molony gained different perspectives as Connacht went through a few highs and plenty of rough times.

“The biggest challenges were that the playing pool wasn’t as big so you had to try and get your best players on the pitch every weekend whilst also training to an optimal level,” he explains. “It’s a very fine line between the right amount, training too much, and training too little.”

Then in 2015, he moved on to Jersey in order to become the head of an S&C programme for the first time. Happily, he also met his wife on the island.

There were similarities to Connacht in the need to ensure the club’s best players were always fit and Molony says he has the utmost respect for anyone who has played or coached in the “attritional” second-tier Championship. Maul and scrum were massive, which meant Molony had to tailor his programming to make sure players were mentally and physically prepared for those battles.

The opportunity in Benetton popped up earlier this year and Molony was ready for a new challenge at the age of 36.

Treviso might be a far cry from Mallow RFC or Westside Barbell, but it’s already beginning to feel a little like home.

‘Mandatory overtime in disguise,’ hundreds of thousands of extra hours