Reforesting the entire tropics would have little to no… 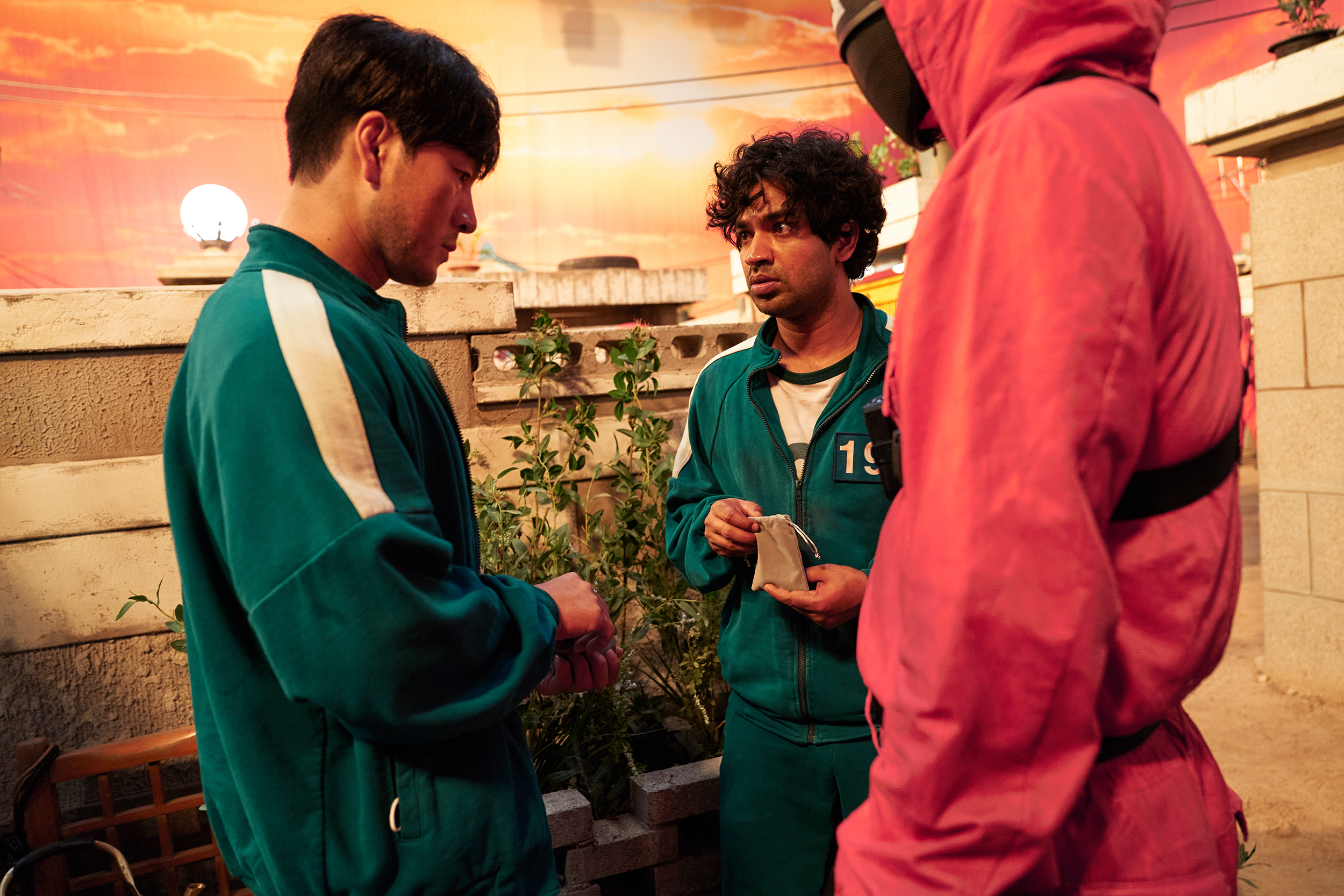 In a number of scenes in Netflix’s “Squid Game,” characters blatantly defy one another’s trust. But fans on Reddit are pointing to the cultural nuances of one specific interaction that English speakers may have missed in the dubbed or subtitled version of the dystopian drama.

Throughout the show, Ali, a Pakistani guest worker, looks up to Sang-woo, a troubled investment banker whom Ali calls “boss,” despite Sang-woo’s requests that he simply call him by his name. In Korean, this formality is expressed through honorific titles and other linguistic elements.

But Ali’s language shifts, as seen in the marble game in episode six, “Gganbu.” During the episode, players choose a fellow competitor to pair up with, before it’s revealed that their partner is actually their opponent in the challenge. The linguistic change indicates Ali has developed a loyalty toward, and trust in, Sang-woo, the man who ultimately betrays him.

Ali starts off speaking at the most formal, polite level to Sang-woo, said Jennifer Jung-Kim, a lecturer at the University of California, Los Angeles, who specializes in Korean history, gender, popular culture and food. At this speech level, “-mnida” or “-sumnida” are added to verb endings, she told NBC Asian America.

But as the game goes on, Ali’s tone shifts to a less formal, polite type of speech, in which many of the verbs he uses end in “-yo.”

“It really does denote a lot of trust, and you see that sense of intimacy there that’s really not expressed in English,” Jung-Kim said.

Even though Ali has never played marbles before, he appears poised to win — which would mean he survives and Sang-woo is killed. Sang-woo tells Ali he’s hatched a plan so they can both come out of the game alive. Ali, unaware that Sang-woo is actually planning to double-cross him, trusts him. This is shown by the way he addresses Sang-woo, using the informal “-a” or “-eo” verb conjugations.

Ali also refers to the banker as “Hyung,” an honorific term that means “older brother” and denotes a close, valued relationship. Jung-Kim said a hyung is expected to be a protector, watching over the “younger brother,” sometimes treating them to meals or other forms of care. The term also reflects a loyalty between the speaker and the hyung, she said. Sang-woo’s actions in the challenge, one of several children’s games the contestants play in hopes of evading death and paying back their debts, are sinister in context.

“A hyung is always supposed to take care of the younger ones,” Jung-Kim said. “When Ali switches to [using ‘hyung’], that kind of connotes a relationship that is very close. Hyung aren’t supposed to betray their younger siblings.”

Soojin Lee, a professor at the University of California, Berkeley, Department of East Asian Languages and Cultures, explained that racial and class dynamics in Korea should also be taken into consideration when examining the linguistic markers used between Ali and Sang-woo.

As an undocumented guest worker, Ali was likely frequently at risk of being exploited by Korean employers, a reality for many of his similar migrant background, Lee said. An earlier episode showed that Ali’s boss at the factory where he had worked withheld several months’ worth of wages from him.

“He might have had many experiences being manipulated by [Korean bosses] while working,” Lee said. “If you’re using a polite speech style, it shows some kind of distance between him and others. So he’s afraid. He doesn’t want to be manipulated again.”

It’s also one reason why, Lee said, Ali starts off addressing Sang-woo and other men in the game as “sajangnim.” The translates to “company president,” or how English speakers would use “boss.” Jung-Kim said that while Ali is likely aware of the ways in which he’s disadvantaged in Korea and is humbling himself when he uses that term, his ability to navigate between speaking styles and honorific titles shows he’s been able to adapt to the nuances of Korean customs and society.

Sang-woo, on the other hand, consistently uses the casual speech style to speak to Ali throughout the series, including during the marble game. Even when Sang-woo is on his knees, convincing Ali to trust his plan for their supposed mutual survival, he maintains that style. Lee explained that having graduated from the best university in Korea, Seoul National University, and having worked at prestigious firms would place Sang-woo high in the social hierarchy. He’s also older than Ali, making his usage of the casual speech appropriate.

While Sang-woo doesn’t use any significant honorific titles for Ali, his rejection of the “sajangnim” term is meaningful, Lee said. Sang-woo doesn’t dismiss Ali’s usage of “hyung,” showing that he feels the two share a bond that would require such a term.

Perhaps that’s why, Jung-Kim said, Sang-woo does not turn to face his friend before Ali’s death. In fact, just moments before Ali realizes he’s been betrayed, he calls out to his hyung.

“We see [Sang-woo] walking through the door with the guards, but he doesn’t even turn around. He flinches when we hear the gunshot,” Jung-Kim said of the moment Ali dies. “He knows he’s betrayed him. He knows he’s been a bad older brother, a bad hyung.”

Lee explained that these Korean linguistic elements aren’t specific to “Squid Game” but are embedded in everyday language, with the intention to show respect toward elders, observe social hierarchy and reflect intimacy. Many trace these systems back to the Joseon Dynasty of the late 1300s, but Lee said it’s suspected that they were implemented even earlier, ultimately a reflection of the Confucian values ingrained in society.