The White House girds for combat 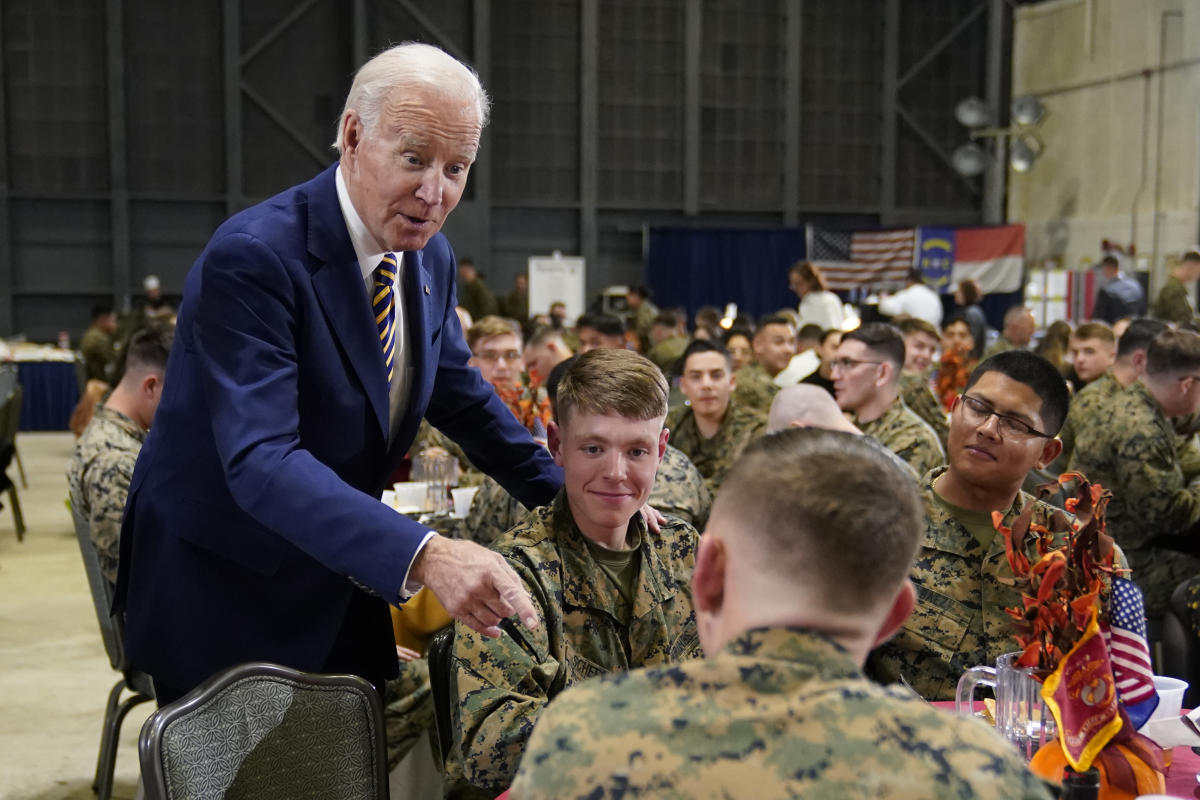 The Dark Brandon mythology may only be just beginning.

With Republicans narrowly taking control of the House, and Donald Trump announcing another presidential bid, President Joe Biden and aides are moving with speed to counter an anticipated barrage of right-wing attacks.

For months, White House officials have been laying plans to prepare for congressional probes and possible impeachment fights. They’ve been coordinating with a long list of department officials and bringing on attack dogs to help them turn back Republican narratives about the administration.

Presidential aides know they’re coming in for uncomfortable, even deeply personal, clashes over everything from the chaotic withdrawal from Afghanistan to migrants crossing the southern border to the Biden family itself. Already, incoming House committee chairs have said that they will be launching investigations into the president’s son, Hunter, and his business dealings.

But officials and others in on the planning contend the new, tougher terrain also will create opportunities to draw contrasts with political opponents whose priorities they view as outside the mainstream and, frankly, extreme.

They’re buoyed by Democrats’ surprising resilience in the midterms and note that, already, Biden has been laying the groundwork by elevating the likes of Rep. Marjorie Taylor Greene (R-Ga.), a lawmaker who not too long ago they preferred ignoring but now increasingly see as a useful foil. The theory among several Biden aides and close White House allies is that the unending scrutiny will backfire and come to be seen purely as partisan overreach.

“A lot of what they’ve been talking about are just not things Americans care about,” an administration official said, keeping to a mantra that’s long guided the president’s message operation.

Recent political history is filled with presidents benefiting from a newly-emboldened opposition party overreaching after a midterm election. And veterans of those administrations suggest the same may soon happen again. Ben LaBolt, a Barack Obama alum, said the Republican Party’s elevation and embrace of far-right elected figures will ultimately cloud out its need to course correct after underperforming expectations earlier this month.

“That tells you something about Republicans’ focus heading into next year,” LaBolt said. The party, he contended, is “trapped in a right-wing media echo chamber” that will make it hard to respond to realities on the ground and execute on plans that will win broad enough support to move forward. “Certainly, you need an effective rapid-response operation that is ready to move on anything coming out of a Republican-controlled House. Republicans will generate news, ultimately, though, that doesn’t mean they are of substance and consequence.”

So far, the White House has telegraphed that they plan to use a mix of direct contrasts and outright dismissiveness when it comes to GOP attacks. When Biden was asked recently about House Republican probes into his family — particularly the business dealings of son, Hunter — he quoted a former coach: “Lots of luck in your senior year,” the president said.

“I think the American people will look at all of that for what it is,” Biden added after mentioning possible GOP attempts to impeach him for unspecified reasons. “It’s just almost comedy. … Look, I can’t control what they’re going to do.”

Biden similarly shrugged last week when, while abroad at the G-20, he and French President Emmanuel Macron were asked if they had a reaction to Trump’s announcement. Both leaders appeared to smile. “Not really,” Biden told reporters.

At the same time, the White House plans to draw policy contrasts with Republicans as a means of painting them as unwilling to address issues like inflation and of being obstructionist for the sake of obstruction. Biden will pledge to work constructively with those from either party who act in kind.

“The president has always underscored that he’s eager to find common ground and work across the aisle. He has also always said, ‘don’t compare me to the Almighty — compare me to the alternative,” White House spokesman Andrew Bates said in a written response. “And he has consistently promised to stand against radical policies that hurt middle class families and cut against mainstream values, like inflation-worsening tax giveaways to the rich, privatizing Medicare, or banning abortion.”

While Biden went considerable stretches of his presidency focused on appealing to Republicans over policies like infrastructure spending and a modest gun-control package, he did craft a midterm pitch around what he saw as Republican proposals that would most repel the public. The result was pushback against Republican Sens. Rick Scott of Florida and Ron Johnson of Wisconsin over trying to pare back Social Security and Medicare.

House Minority Whip Steve Scalise (R-La.), also came in for criticism from the White House after he signed onto the party’s budget plan suggesting reforms to the social programs.

Biden is not the first president who has had to shift priorities to a more defensive plane following his first midterm elections. Yet this situation is unique in one regard: while the president has stressed repeatedly that he intends to run for reelection, Trump is already running and a large field of younger Republican spoilers are preparing challenges of their own.

Outside the White House, Democratic operatives in close coordination with the president’s team are drawing up binders of research on the would-be 2024 opponents and beginning to plot top staff acquisitions. And as the GOP cattle calls begin in earnest, including one event over the weekend in Nevada, Democrats are moving to monitor and attack GOP contenders as they make their swings through various states.

Asked about the approach to former President Trump, a person close to the White House pointed to the rapid-response style videos released by Biden designed to undercut Trump’s term in office and bolster his own. The videos looked at Biden’s push to pass a sweeping infrastructure law compared with Trump’s unfulfilled effort; along with Trump’s efforts to undermine the 2020 election.

For now, the two men’s fortunes still appear linked even as their standings seem headed in opposite directions. While more Republicans still want Trump to run than Democrats do Biden, the number of Democrats who think Biden could win surged by double digits, to 71 percent from 60 percent in August, according to the new USA TODAY/Ipsos Poll. Trump’s numbers among Republicans fell to 75 percent, from 82 percent before the midterms.

By Phil Stewart and Idrees Ali WASHINGTON (Reuters) -A senior U.S. general responsible for bringing down a Chinese spy balloon...

‘Lettie was perfect in every way’: Nursery staff who looked after Epsom head’s daughter pays tribute

The little girl who was found dead with her parents on the grounds of a prestigious school at the weekend...

Wilson brought Jake Heaps and a staff of personal trainers and coaches to Denver when he was traded from the...