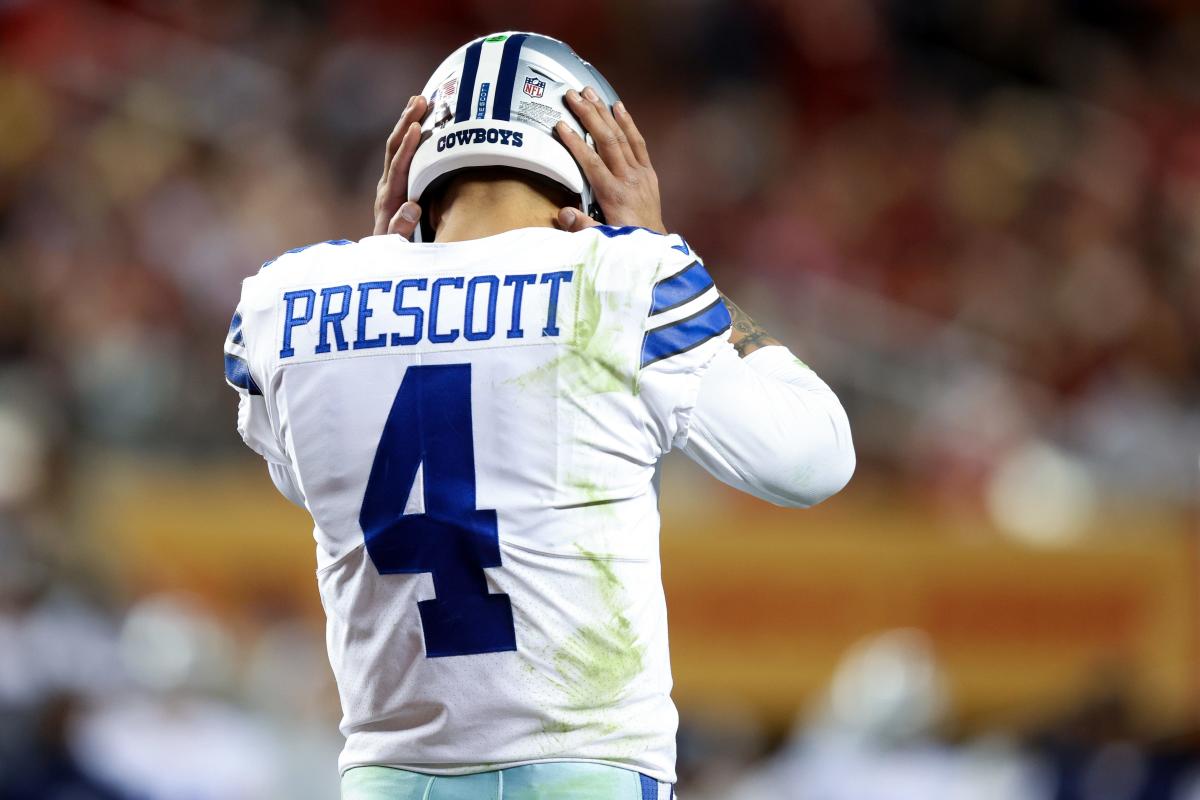 Pat McAfee doesn’t want to be part of the NFL’s most disastrous play anymore.

The former Indianapolis Colts punter was on the field for an infamous fake punt in 2015, but he saw something Sunday that may be worse.

The last play of the Dallas Cowboys‘ season was an all-timer for, “What in the world was that?”

With just a few seconds left, the Cowboys’ prospects were bleak: They were down 7 points to the San Francisco 49ers and needed 76 yards for a touchdown and an extra point (not a given lately) to tie.

Elliott snapped the ball and immediately got trucked by 49ers linebacker Azeez Al-Shaair. Prescott completed the pass to KaVontae Turpin, who got tackled immediately. We never got to see the grand design.

“I really don’t want to get into detail on it, but that obviously wasn’t the plan,” Cowboys coach Mike McCarthy said afterward. “It’s obviously a gadget play or whatever to end it. It’s the last-play-situation call we practice.”

It brought to mind an infamous Indianapolis Colts in 2015. They lined up for a fake punt against the New England Patriots, leaving Griff Whalen to snap the ball to Colt Anderson, surrounded by Patriots players. They Colts snapped the ball anyway, and got smothered.

So … which play was worse?