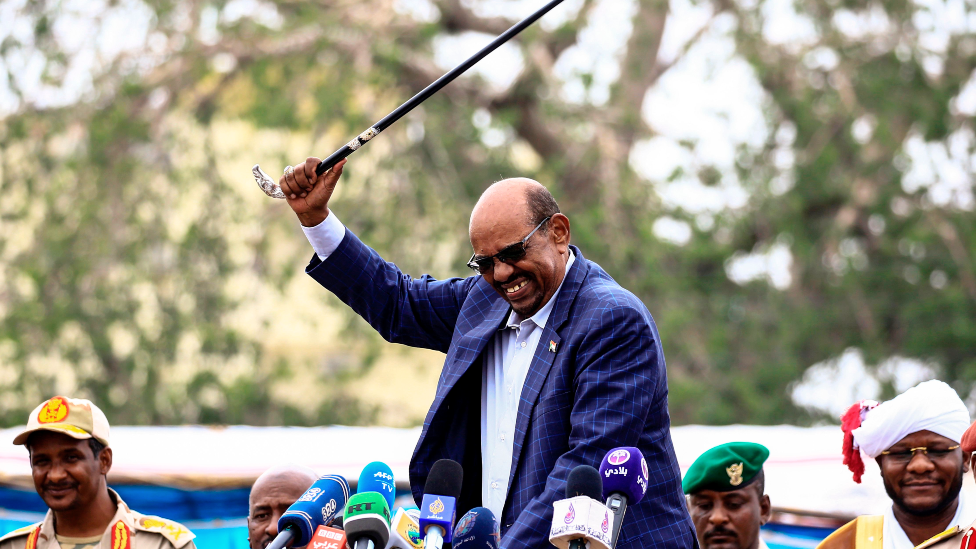 Three years after Sudan’s President Omar al-Bashir was ousted in a popular uprising, former members of his National Congress Party (NCP) are being given influential posts by the military junta, raising fears that they are making a political comeback.

A fragile transitional government was ended last year after Gen Abdel-Fattah Burhan carried out a coup against his civilian partners, who had played a pivotal role in the mass protests against Bashir’s authoritarian rule.

Many see the top generals – all members of a security committee appointed by Bashir in the dying days of his regime – as favouring the NCP, which imposed a strict version of Sharia (Islamic law) when in power.

Hamza Balol – a senior member of the pro-democracy Forces for Freedom and Change (FFC) movement, which shared power with the generals until the coup – believes the military has sabotaged the transition by protecting the NCP.

He said the coup leaders had been “vigorously cooperating with the leaders of the previous regime to gain a political base”.

“[The] forces behind the revolution must unite to defeat the coup,” Mr Balol told the BBC.

More than 100 people have been killed since last October’s coup in regular protests demanding a return of civilian rule.

One of the first directives issued by Gen Burhan following the coup was to suspend the work of the committee set up to “dismantle” the former regime’s grip on power, and to reverse all its decisions.

The committee – led by lawyer Wajdi Saleh, who was detained after the military takeover – was instrumental in exposing the corruption that was rampant under Bashir.

It named corrupt officials and businessmen, fired civil servants, announced the seizures of assets, issued arrest warrants, froze bank accounts, and was investigating the dealings between the NCP leadership and army generals when the coup was staged.

The committee had its critics – some said it operated illegally, while others said it had become a tool for exacting unjust punishments.

After the coup, the military junta turned to the NCP and its sympathisers to consolidate its grip on power.

Hundreds of sacked employees returned to work at the central bank, the judiciary, prosecution service, state broadcaster and government ministries.

NCP loyalists appointed to key posts include Gen Ahmed Mufdal, a former governor of South Kordofan and once the NCP leader there.

He is now the head of the General Intelligence Service (GIS) – the rebranded National Intelligence and Security Service that was feared during Bashir’s rule.

Bashir himself, however, remains a prisoner of the junta. He was convicted of corruption in 2019, and has been on trial since July 2020 for the coup which first brought him to power in 1989. This is something that the pro-democracy movement pushed for, and the trial started before Gen Burhan’s seizure of power.

The junta has refused to hand Bashir over to the International Criminal Court to stand trial on war crimes charges over the conflict in Darfur, which he denies.

Some analysts believe the generals might eventually release Bashir, just as Egypt’s ousted President Hosni Mubarak was freed after the military took power in 2013.

NCP stalwart Ali Karti, who is also the acting general-secretary of the Sudanese Islamist Movement, a broad alliance of Islamist groups, is thought to be the man behind the NCP’s resurgence.

Currently living in Turkey, Mr Karti recently gave his first TV interview in more than three years. He defended the NCP and said Islamists had the right to reorganise themselves and contest the next election.

A former foreign minister, Mr Karti was also one of the high-profile figures who were targeted by the committee which cracked down on members of the Bashir regime.

Hundreds of plots registered under his name were confiscated in Khartoum North, leading some to dub the area Kartistan. He denied any wrongdoing.

He was reputed to be among the hawks in the Bashir regime, and set up the Popular Defence Forces, a militia formed at the peak of the government’s Islamist fervour in the 1990s.

It helped fight the war against the Sudan People’s Liberation Movement (SPLM), when it was demanding independence for the mainly Christian and animist region which is now South Sudan.

There is no independent confirmation of his claim, but if the Islamists have 500,000 men under their command, they would outnumber the Rapid Support Forces (RSF), a paramilitary group made up of the Janjaweed militia accused of widespread atrocities in the Darfur conflict.

Some analysts believe that key figures in the military top brass, including Gen Burhan, are using the Islamists to curb the rising influence of RSF commander Gen Muhammad Hamdan Dagalo, who is currently the coup leader’s deputy.

The junta has promised elections next year, and to then hand power to a civilian government.

The US and Saudi Arabia are brokering informal talks between the generals and the FFC in a bid to resolve differences, but resistance committees – made up of grassroots activists who have been at the forefront of protests against the coup – remain deeply suspicious of the military and the protests are continuing.

They fear that senior generals will use the talks to gain legitimacy for their ultimate objective – organise a sham election, which would see a new Islamist bloc – which would include a rebranded NCP – take power.

“They [NCP] would be happy to contest elections with their organisational and financial advantages. This is the worry,” said Jonas Horner, a senior analyst at the International Crisis Group think-tank.

So, the resistance committees want the military to return to the barracks, and for a new transitional government to lead Sudan to democratic elections.

It is unclear whether they will achieve this objective, but they are likely to put pressure on the FFC not to strike a new power-sharing deal with the military.