Could it be YOU? Two National Lottery ticketholders both win £6MILLION

We must not simply remember, ‘but speak out and stand up’: UN chief Guterres

Bad candidates or not enough money? RNC officials debate why they lost in 2022

Katherine Ryan unveiled as Pigeon on The Masked Singer UK 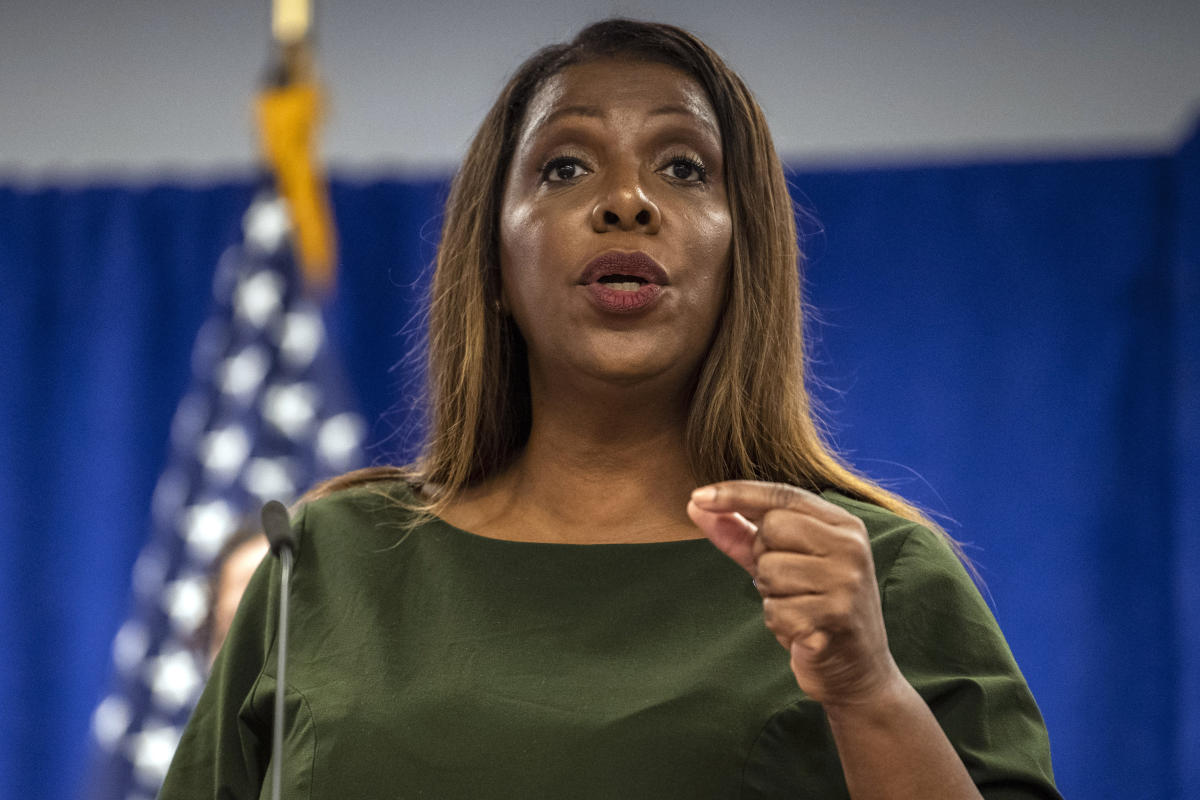 James’ office confirmed her chief of staff Ibrahim Khan resigned after an outside probe into accusations against him.

“The Office of Attorney General has protocols in place to thoroughly investigate any allegation of misconduct,” a spokeswoman for the office said in a statement. “The office takes these matters with the utmost seriousness and this situation is no different. An independent, impartial investigation was conducted, and the employee has since resigned.”

James’ office has been a leading voice in combating harassment in New York. In 2021, she investigated sexual harassment claims against then-Gov. Andrew Cuomo. Her conclusions, that nearly one dozen allegations against him were legitimate, led to his resignation.

The allegations against Khan reported by The New York Times included at least two separate sexual harassment accusations, including at least one of inappropriate touching and unwanted kissing.

James hired a law firm to independently investigate, according to a person familiar with the matter, and the investigation did not find evidence of misconduct within the office.

The office was first made aware of the allegations several weeks ago, according to the person familiar with the “handful” of complaints, and they were not notified directly by the complainants. The person said that none involved current employees, meaning when the alleged conduct occurred, the individuals were not employed by the Attorney General’s Office.

In a statement to Gothamist, Khan said his resignation was not related to the allegations, saying he was planning to leave at the end of James’ first term. She was re-elected last month.

“After a successful four-year term, I’ve been slated to leave the office for the private sector at the end of this year,” Khan wrote. “This is unrelated to an investigation which, nevertheless, found no official workplace misconduct. I’m proud of all we have achieved over these past four years in serving New Yorkers.”

Khan was a spokesperson for James’ campaign for New York City public advocate in 2013 and became chief of staff after she took office. He managed her run for attorney general and continued as her chief of staff once she was elected to her current role in 2018.

Jan. 28—This year marks 20 years since three children — ages 3 and under — were brutally killed at the...

Basketball’s in their blood: The next generation

The offspring of NBA stars are already knocking at the door. Let's check the credentials of these high school hoopers...

Could it be YOU? Two National Lottery ticketholders both win £6MILLION

Two lucky ticketholders have each won £6million in Saturday’s National Lottery draw. The winners bagged half of the £12million Lotto...

Demonstrators and activists on Saturday were gearing up to again march on behalf of Tyre Nichols, one day after authorities...

The 49ers have added a pair of veterans to the roster for the NFC Championship Game. The team announced that...

Matt Harmon is joined by his Fantasy Football Live co-hosts Andy Behrens and Tank Williams to preview both the AFC...

Clyde Christensen, who retired last week after decades in coaching and five years as the Buccaneers’ quarterbacks coach, says Tom...

Joe Burrow’s most memorable quotes from this season (so far 😉)

Everyone loves a good quote, and Cincinnati Bengals quarterback Joe Burrow is chock-full of them. Here are his most memorable...

England's Richard Bland moved into a share of the lead at the Dubai Desert Classic on Saturday as Rory McIlroy...

Alabama coach Nick Saban was one of many coaches to stop by Lake Cormorant last week, recruiting one of the...

Our Eagles vs. 49ers predictions for NFC Championship Game

Here are our predictions for the Eagles-49ers NFC Championship Game on Sunday afternoon at the Linc.