Trump allies shed fear of former boss as they eye 2024

The West should give Putin an ultimatum 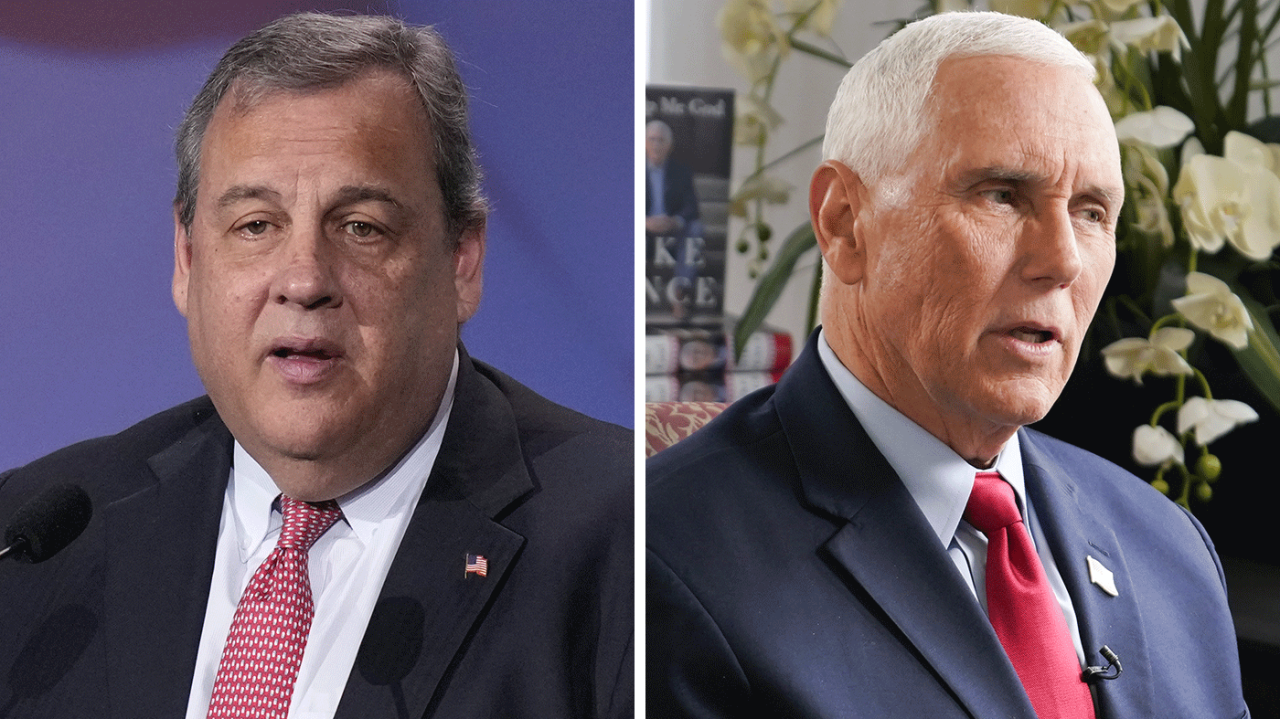 Former Vice President Mike Pence inspired memes and mockery at times with his devotion to former President Trump during their four years in the White House together. But last week, Pence told a town hall of voters there will be better candidates than Trump in 2024.

Nikki Haley, Trump’s former ambassador to the United Nations, told reporters last year she would stay out of the 2024 presidential primary if Trump ran. But in Las Vegas over the weekend, Haley was calling for a new wave of leadership for the GOP.

In his own Las Vegas speech, former Secretary of State Mike Pompeo recounted a Washington Post story describing him as Trump’s most loyal Cabinet member. But in that same speech, Pompeo argued the party needed to move beyond “celebrity and personality” to win elections.

After Trump spent four years demanding unrelenting allegiance from his subordinates, fear of the old boss may no longer be a factor as the former chief executive’s onetime allies weigh becoming his future rivals.

“At this point, you can’t run for the Republican nomination without running through Trump,” said Alex Conant, who worked on Sen. Marco Rubio’s (R-Fla.) presidential campaign in 2016.

“Whether it’s testing the waters or taking a first step toward an actual campaign, they have to make clear they’re not going to be deferential to the former president,” Conant said. “If you’re interested in running for president, a key litmus test for any viable candidate is can you take on Trump.”

The former president may be at his most politically vulnerable point since he left the White House in the wake of this month’s underwhelming midterm results for Republicans. The disappointment was driven largely by losses by Trump’s hand-picked candidates in Senate and gubernatorial races in Pennsylvania and Arizona as well as governor’s races in Wisconsin and Michigan.

A Marist poll conducted after the midterm elections found 54 percent of Republicans and Republican-leaning independents believe Trump is not the best candidate for the party to take back the White House in 2024, compared to 35 percent who say he is.

A YouGov poll conducted after the midterms also found that 41 percent of Republican voters said they’d prefer Florida Gov. Ron DeSantis as the party’s 2024 nominee, compared to 39 percent who preferred Trump. Eight percent said they preferred neither as a possible nominee.

Despite the uncertainty, Trump has already officially declared his candidacy for the 2024 campaign. But that hasn’t yet scared off his would-be challengers, even those who spent all four years working alongside him.

That was on full display last weekend in Las Vegas at the Republican Jewish Coalition gathering, which featured several potential 2024 contenders.

“We keep losing and losing and losing. And the fact of the matter is the reason we’re losing is because Donald Trump has put himself before everyone else,” said Chris Christie, the former New Jersey governor who was one of Trump’s earliest endorsers in 2016 and an informal adviser throughout his White House term.

Others were less willing to go after Trump directly.

Haley said the party needed to “look in the mirror” and avoid infighting. She also told those in attendance she was looking at running for president “in a serious way.”

Pence has spent the past week promoting his new memoir by repeatedly saying he believes the party will have better choices than Trump in 2024 and in Las Vegas repeatedly referred to the accomplishments of the “Trump-Pence administration.”

Pompeo appears to be the latest Trump acolyte to begin distancing himself from the former president. While the former secretary of State did not explicitly criticize Trump by name in his Las Vegas speech, his recent remarks have been unmistakably directed at his old boss’s style.

“We were told we’d be tired of winning; I’m tired of losing. Bitterness and obsessing about the past are beneath America,” Pompeo said, adding that the party needed “leadership that puts principle over politics once again.”

Republican strategists argued that the likes of Pence, Haley and Christie have had ambitions of running for the White House that predate Trump and that they were always unlikely to let the former president stand in their way of testing the waters.

The Memo: Can any Republican defeat Trump and DeSantis?

Still, Trump remains a force in the party. He is the only candidate officially in the race, and his loyal base of supporters gives him a solid floor in a possible primary.

Doug Heye, a former spokesman for the Republican National Committee, said he sees parallels between the current climate in GOP politics and 2016, when Trump navigated a fractured field of challengers and eventually consolidated support, even among those such as Pence, Pompeo and Haley who had originally backed a different candidate.

“The only thing that will make this different is when somebody puts their hat in the ring, and then we have to see what happens,” Heye said.