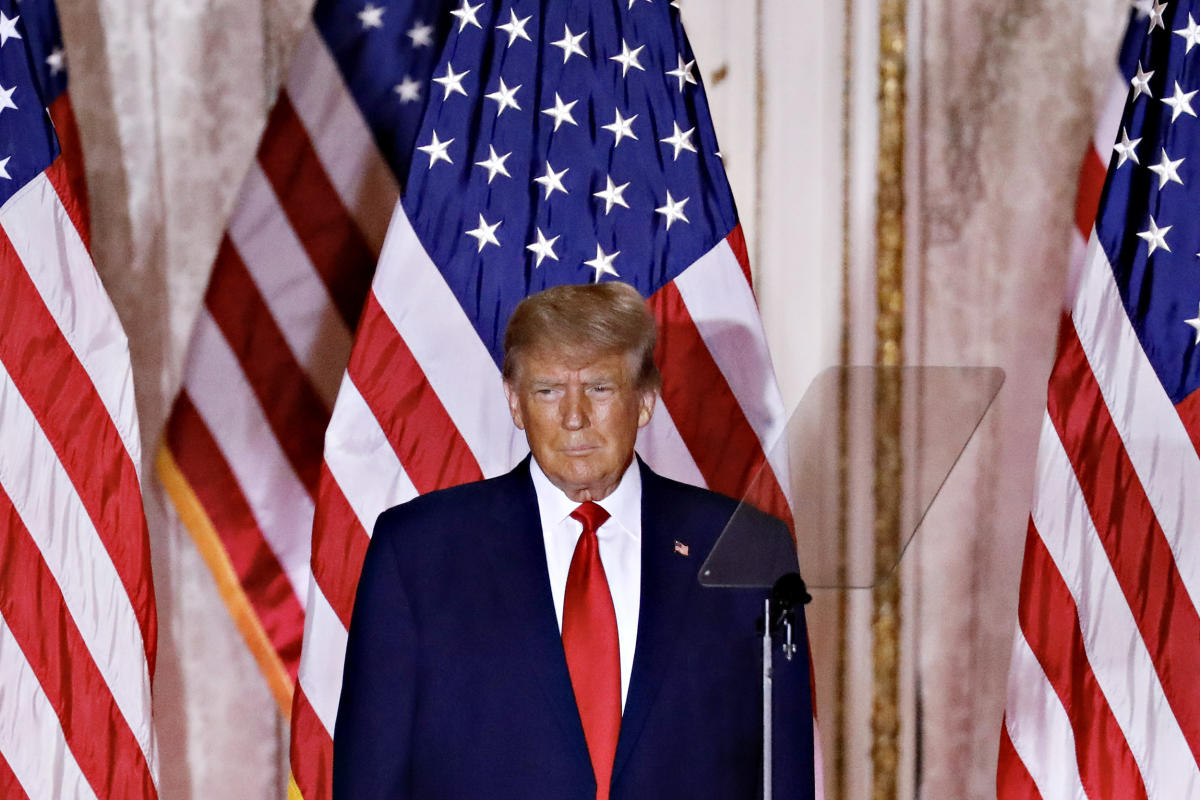 Attorneys for former President Donald Trump on Tuesday asked a federal judge in Florida to unseal the probable cause affidavit outlining the Justice Department’s criminal investigation into their client.

A redacted version of the search warrant affidavit was made public in late August. Justice Department officials contended that releasing any more information about their evidence and witnesses in the case could jeopardize their ongoing criminal investigation and the safety of witnesses.

“If disclosed, the affidavit would serve as a roadmap to the government’s ongoing investigation, providing specific details about its direction and likely course, in a manner that is highly likely to compromise future investigative steps,” prosecutors said in an August court filing.

In their court filing Tuesday, Trump’s attorneys said they and their client must be able to review the document to know whether their rights to reasonable search and seizure were violated, and brushed aside the government’s concerns.

“The entire matter has played out in the media, overwhelmingly because of the Government’s leaks. There is no concern regarding disclosure of the scope and direction of the investigation; nor is there any prospect of witness intimidation,” the filing said, because the unredacted document wouldn’t be shared publicly.

A spokesperson for the Justice Department declined to comment.

Trump has been accused of witness tampering and intimidation before. The House committee investigating the Jan. 6 riot at the U.S. Capitol suggested earlier this year that Trump allies had been trying to influence witnesses in their probe, and as president, Trump was accused of trying to intimidate witnesses testifying in his first impeachment trial, as well as trying to influence witnesses in special counsel Robert Mueller’s investigation, including by dangling the prospect of a presidential pardon.

While Trump publicly called for the affidavit to be unsealed in August, the Tuesday filing was the first time his lawyers formally asked Cannon to unseal the unredacted version.

The magistrate judge who signed off on the search warrant, Bruce Reinhart, released a redacted version of the affidavit in late August that kept under wraps the information the government was concerned about becoming public. It showed that Trump had been hoarding classified documents since he left the White House in Jan. 2021.

The request to Cannon came shortly before lawyers for Trump and the Justice Department faced off over Trump’s lawsuit in the 11th U.S. Circuit Court of Appeals.

The Justice Department asked the appeals court to dismiss Cannon’s order appointing a special master in the case which blocked investigators from using thousands of documents recovered in their Aug. 8 search as part of their probe until the review is done. Lawyers for DOJ argued a narrower appeal from the same order earlier this year, charging the judge overstepped when she barred the feds from reviewing classified documents seized in the search until the special master review was completed.

The appeals court ruled in DOJ’s favor in September.

The three-judge panel that heard the case Tuesday seemed highly skeptical of Trump’s arguments to allow the case to proceed, noting that a ruling in his favor could open the floodgates for similar challenges from anyone who’s the target of a federal investigation.

One of the judges also seemed unimpressed by Trump lawyer Jim Trusty’s complaint that extraordinary action was needed in this case because federal investigators had gathered up personal items like pictures of singer Celine Dion while they were executing a search warrant for government documents.

“This is a situation where a political rival has been subjected to a search warrant where thousands of personal materials have been taken,” Trusty said.

If the appeals court were to grant the government’s bid to dismiss the underlying challenge, that would effectively make the Trump motion moot, since it is a part of that case.

Chinese representative: Yemen peace "window of opportunity" should not be closed