Peek raises $80M as its travel experiences software and…

Israeli Is Killed by Palestinian Militant Near Holiest Site… 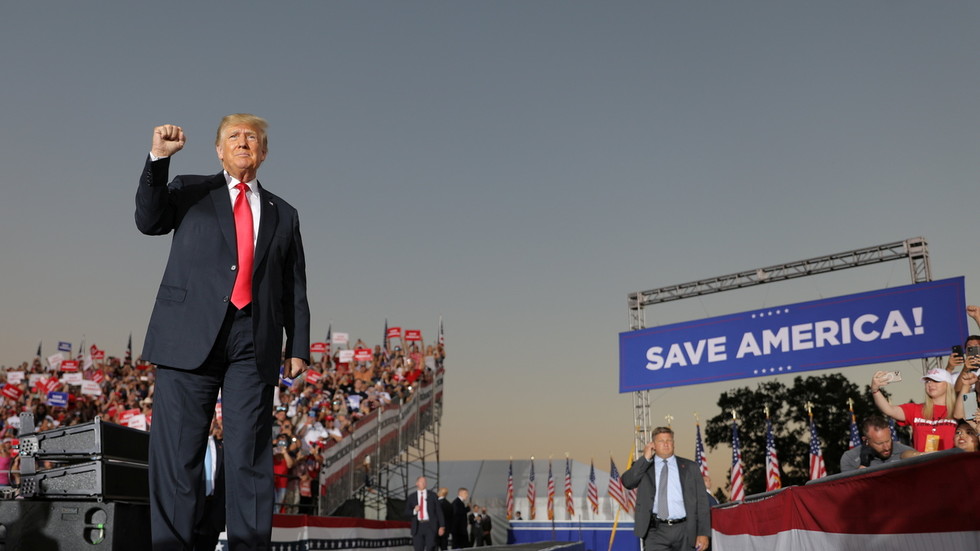 Former US President Donald Trump called the 2020 presidential election the ‘real insurrection’ after the Democrat-led Capitol riot committee subpoenaed multiple officials in his administration to testify in their investigation.

“The Unselect Committee of partisan Democrats, and two very weak and pathetic RINOs, should come to the conclusion after spending many millions of dollars, that the real insurrection happened on November 3rd, the Presidential Election, not on January 6th,” Trump said in a statement on Wednesday.

"The Unselect Committee of partisan Democrats, and two very weak and pathetic RINOs, should come to the conclusion after spending many millions of dollars, that the real insurrection happened on November 3rd, the Presidential Election, not on January 6th pic.twitter.com/s6Z2uVE79b

“RINO” – ‘Republican In Name Only’ – was a reference to Liz Cheney (R-Wyoming) and Adam Kinzinger (R-Illinois), two nominal GOP members whom the majority Democrats put on the committee. While Democrats have insisted that the January 6 riot was an “insurrection,” the 45th president described it as “a day of protesting the Fake Election results.”

Trump has continued insisting that President Joe Biden won in 2020 due to fraud, but courts have declined to hear numerous lawsuits alleging irregularities and the media have insisted there was no official proof of widespread fraud that Trump and his more loyal supporters have referred to.

In an interview with Just the News earlier this week, Trump also referred to November 3 as the “real insurrection” and blasted the congressional committee as politically biased.

Democrats have blamed Trump and some of his inner circle for “inciting” the riot on January 6, when hundreds of people protesting the election results broke into the Capitol and disrupted the certification of votes. His detractors argue that Trump was sending mixed messages, urging his supporters to “go home” after they breached the Capitol while at the same time perpetuating “election lies.”

Trump’s former chief of staff Mark Meadows, communications director Dan Scavino, and former adviser Steve Bannon have all been called to testify before the select committee later this month.

Democrats sought to impeach Trump for allegedly instigating the “insurrection,” with Cheney and Kinzinger both voting in favor, but the bid failed in the Senate after Biden was sworn in.

Former Vice President Mike Pence, who previously said he and Trump would never see “eye to eye” about that day, has recently come out to accuse the media of obsessing over the “insurrection” narrative.

“They want to use that one day to try and demean the character and intentions of 74 million Americans who believed we could be strong again and prosperous again and supported our administration in 2016 and 2020,” Pence told Fox News’ Sean Hannity on Monday.

Though Pence and Trump appeared to publicly disagree multiple times on how to handle the claims of election fraud, the former president has now praised Pence for his interview with the “great” Hannity.

“Vice President Mike Pence’s statement during his interview with the great Sean Hannity very much destroys and discredits the Unselect Committees Witch Hunt on the events of January 6th,” Trump said.

White House Says Reforms Should Happen Given Concerns About Facebook