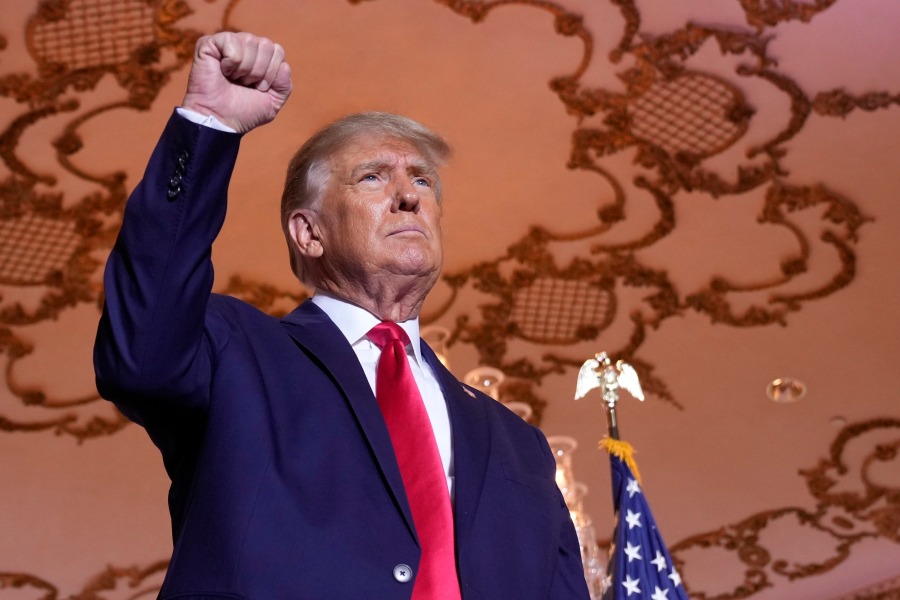 Former President Trump on Wednesday ripped the Supreme Court after it rejected his emergency appeal seeking to shield his tax returns from House Democrats.

The court’s order on Tuesday caps a multiyear legal battle, paving the way for the House Ways and Means Committee to receive the former president’s tax returns.

“Why would anybody be surprised that the Supreme Court has ruled against me, they always do!” Trump wrote on Truth Social. “It is unprecedented to be handing over Tax Returns, & it creates terrible precedent for future Presidents. Has Joe Biden paid taxes on all of the money he made illegally from Hunter & beyond.”

Trump bucked the tradition of publicly sharing his tax returns during his 2016 presidential campaign, citing an audit.

House Democrats have sought the records by arguing they need to probe how the Internal Revenue Service (IRS) conducts its routine presidential audits. Trump’s attorneys have pushed back on the request as a purely partisan effort.

“The Supreme Court has lost its honor, prestige, and standing, & has become nothing more than a political body, with our Country paying the price,” Trump wrote on Wednesday. “They refused to even look at the Election Hoax of 2020. Shame on them!”

The Supreme Court, which includes three justices nominated by Trump, in 2020 had rejected bids to overturn President Biden’s election win.

That December, justices rejected a bid led by Texas, which was supported by 126 House Republicans and 18 GOP state attorneys general, to nullify Biden’s wins in the battleground states of Wisconsin, Michigan, Georgia and Pennsylvania.

The same week, the justices tossed a request from Pennsylvania Republican to nullify Biden’s victory there, which was certified after Biden won the state by more than 81,000 votes.

What the Killer Did Next: Megan Newton murder to be explored in Sky Crime documentary