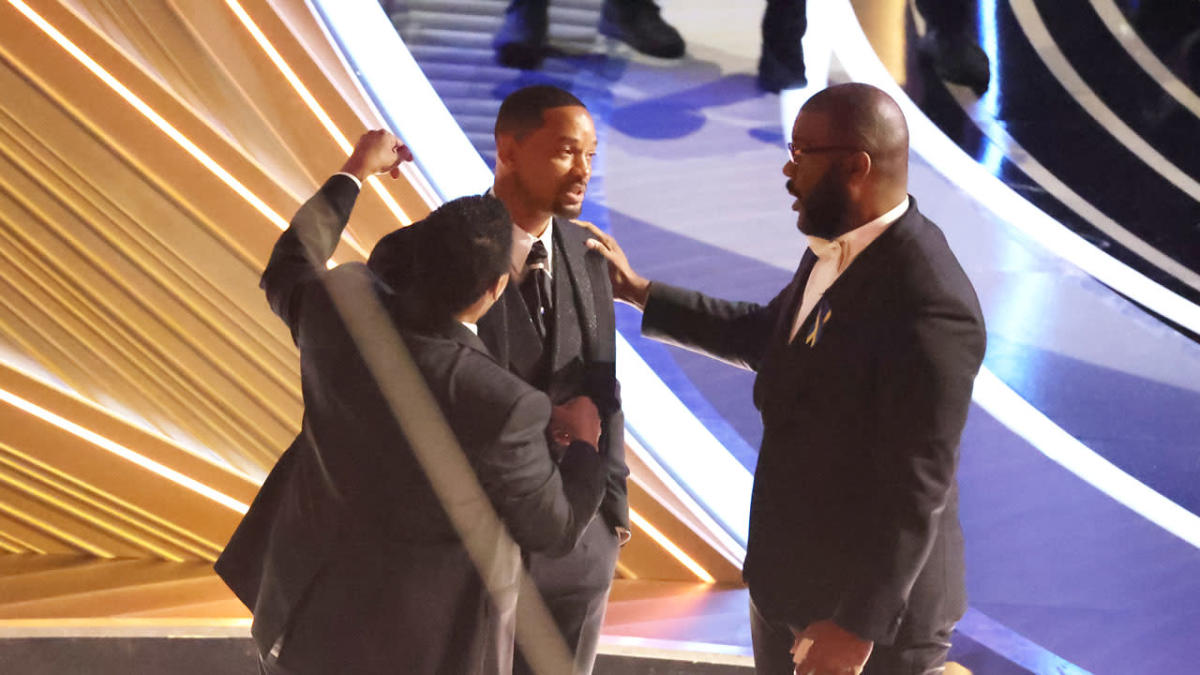 Tyler Perry admitted being friends with Will Smith and Chris Rock following the infamous Oscars slap has been “difficult.”

Perry opened up during a panel at the Tribeca Film Festival about what was actually happening when the photograph of him talking to Smith was taken immediately following the slap during the Oscars ceremony on March 27.

Smith slapped Rock while the comedian was presenting the Oscar for best documentary feature.

“There’s a difference between comforting and deescalating, that’s No. 1. And I left early to get to Chris to make sure he was okay,” Perry told host Gayle King. “Being friends with both of them has been very difficult.”

“Trust me, as painful as it was for all of us in the room, it was as painful for Chris, who was a pure champion for the way he handled it,” he added. “But I want you to understand that something happened that was extremely painful for [Will] as well. That is no excuse. He was completely wrong for what he did. But something triggered him — that is so out of everything he is.”

“And I’ll tell you, when we walked over to him, he was devastated. He couldn’t believe what happened. He couldn’t believe he did it,” the filmmaker/actor recalled of Smith’s demeanor. “I’m looking at this man in his eyes going, ‘What are you doing? This is your night.’ And to get all the way to this moment, winning an Oscar, that was one of the crowning moments of his career that he wanted so desperately, and to have something like that happen….”

“I think he is very much in reflection of trying to figure out what happened,” Perry added. “Because what I’ll tell you is I just read his book, and there’s this moment about not being able to protect his mother [as a child]. I know that feeling — I’m getting chills just thinking about it. I know that feeling of being a man and thinking about the little boy. And if that trauma is not dealt with right away, as you get older it will show up in the most inappropriate, most horrible time. I know Will. I know him well.”

Rock had made a joke about Jada Pinkett Smith’s bald head while presenting an award. The actress suffers from alopecia and has been outspoken about her condition.

Smith went on to win the award for best actor that night, but was later banned from attending any events by the Academy.

He apologized to Rock via Instagram following the physical altercation.

Pinkett Smith has called for the two to “reconcile.”

“Now about Oscar night, my deepest hope is that these two intelligent, capable men have an opportunity to heal, talk this out and reconcile,” she said during a recent episode of “Red Table Talk.”

However, a source told “Entertainment Tonight” that Rock is “not concerned with the Smiths at the moment.”

“He’s touring, and he’s preparing for a comedy special,” the source added. 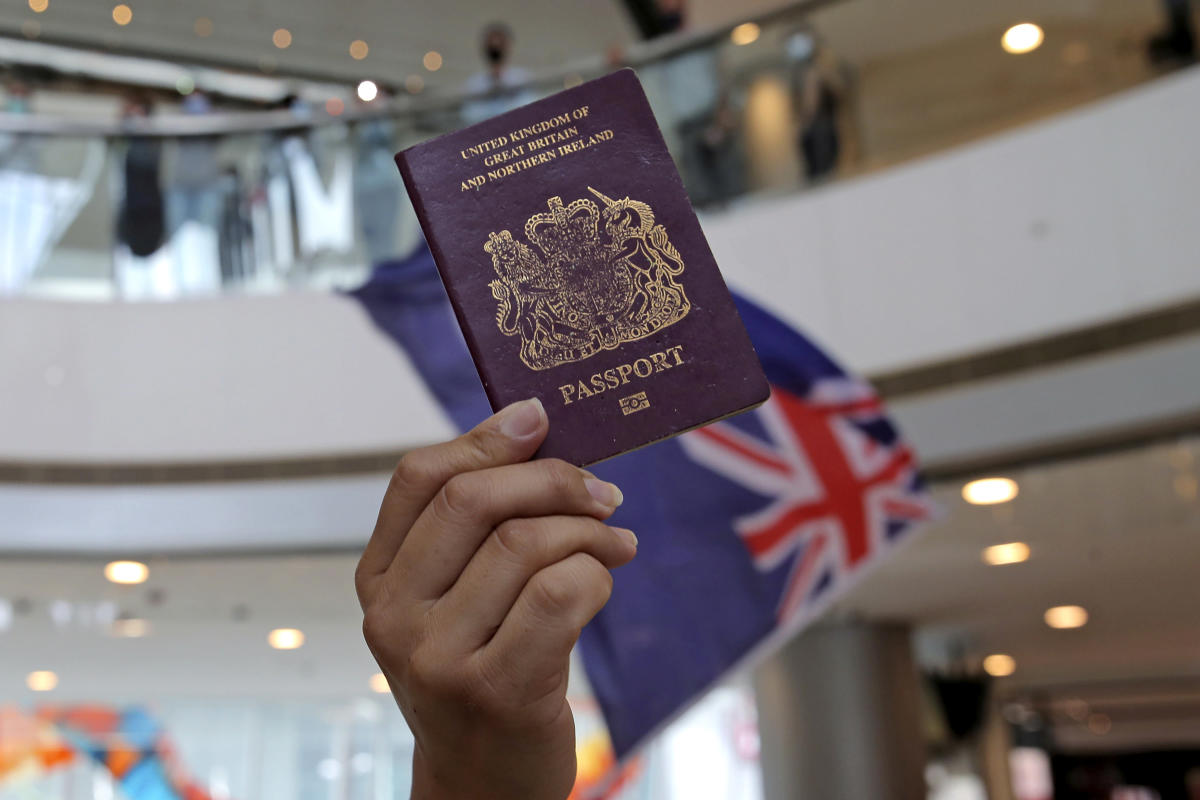 Why is China denying Hong Kong was a UK colony?

BROOKLINE, Mass. (AP) — Phil Mickelson isn’t giving up on playing on the PG…