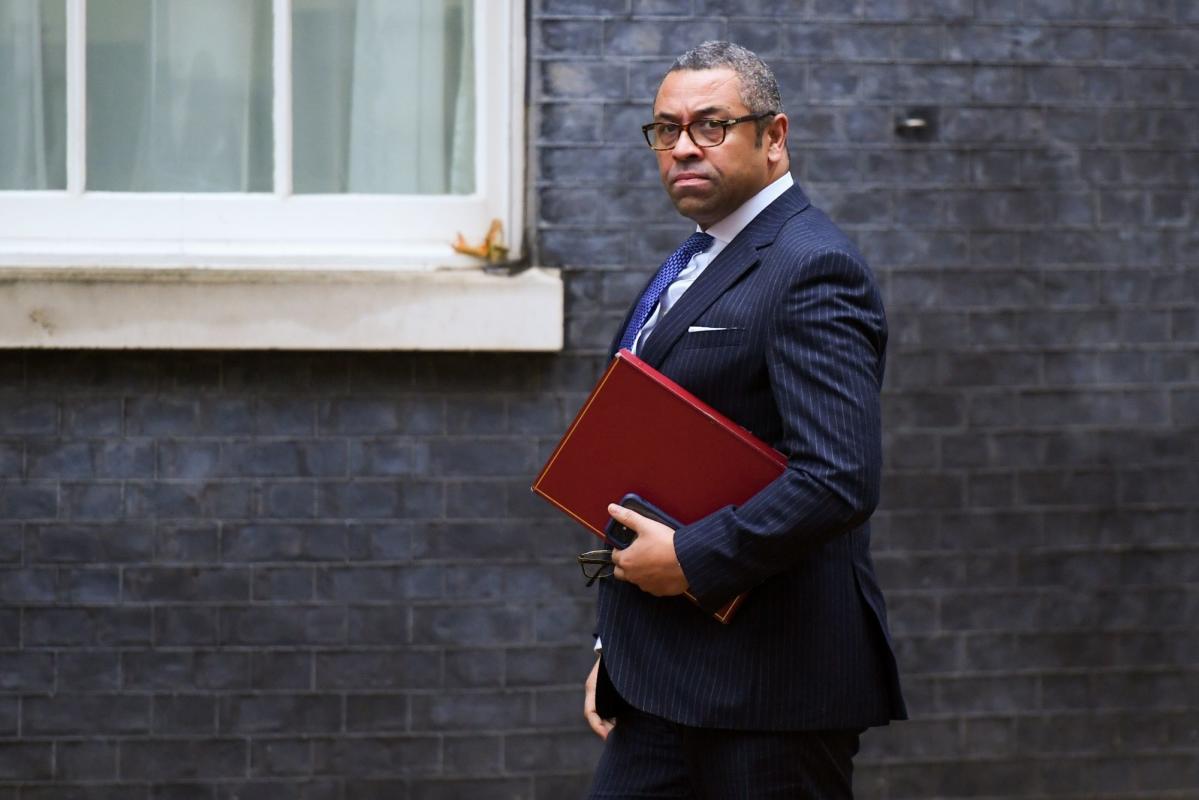 (Bloomberg) — The UK pushed back against a French call for Ukraine to restart peace negotiations with Russia, warning that President Vladimir Putin may simply be seeking a pause in hostilities after suffering a series of military setbacks.

“It’s always been clear that Russia would only meaningfully enter into negotiations when it felt pressurized to do so,” UK Foreign Secretary James Cleverly said Saturday in an interview. “Russia is now on the back foot, but it is incredibly important that we continue to support the Ukrainians as they continue to defend themselves.”

Speaking on the sidelines of the IISS security conference in Bahrain, Cleverly said all wars “ultimately end in negotiations” but insisted that it’s up to Ukraine to decide under what conditions it’s willing to sit down for talks and what any settlement may look like.

“If Russia does decide to enter into negotiations,” it can’t “just be used as a pause button because they are now seeing reversals on the battlefield,” he said.

Cleverly’s comments came as British Prime Minister Rishi Sunak made an unannounced visit to Kyiv for the first time since taking office in October. There, he reaffirmed the UK’s support for Ukraine’s defense against Russia.

French President Emmanuel Macron said a day earlier that he hopes his Ukrainian counterpart, Volodymyr Zelenskiy, will agree to resume peace talks that have been suspended since April.

“The Ukrainians will, this is my hope, will come back to the table with the Russians, and the international community will be around this table,” he told the Financial Times and Nikkei in an interview.

Zelenskiy responded by saying Russia may seek a “short truce” merely to regroup — pushing back against the French suggestion.

“Someone may call this the war’s end,” he told an international security forum in Halifax, Canada, according to a transcript released by his office on Saturday. “But such a respite will only worsen the situation.”

Russia this month suffered the humiliation of having to withdraw from Kherson, the only provincial capital its forces had captured since the Kremlin’s nine-month invasion began.

The reverse came just weeks after Putin declared Kherson and three other partially occupied Ukrainian regions to be Russian “forever,” like the Crimean peninsula, which it annexed in 2014.

The recapture of the Kherson was the latest in a series of Ukrainian territorial gains since a counteroffensive kicked off in September with the help of billions of dollars in weapons and training for its forces provided by the West.

Still, Russia is stepping up a relentless bombardment — partly with the use of Iranian drones — aimed at wiping out critical heating and electricity infrastructure as the winter sets in. Ukraine has said Russian missile attacks have disabled almost half of the country’s power system.

The US and its allies will step up deliveries of surface-to-surface and air-to-air rockets to bring down Russian missiles and help them integrate the new equipment into their airspace-protection capabilities, according to Cleverly.

“We recognize that they need these air-defense systems now because as they head into the winter, Vladimir Putin’s strategy is very very clear,” he said. “So his attempt to freeze them and starve them into submission will be unsuccessful.”

While Russia is continuing to reject Western demands to withdraw from occupied Ukrainian lands, Moscow and Washington in recent weeks have stepped up communications. The US says the talks aim to avoid the risk of nuclear escalation and it isn’t negotiating an end to the Ukraine war.

Europe Reasserts Middle Path on China, Pushing Back on Biden