23 Totally ‘Normal’ Things In Australia That Are…

“After UP Polls…”: Akhilesh Yadav’s…

Iraqis show support for teenage girl attacked with acid for… 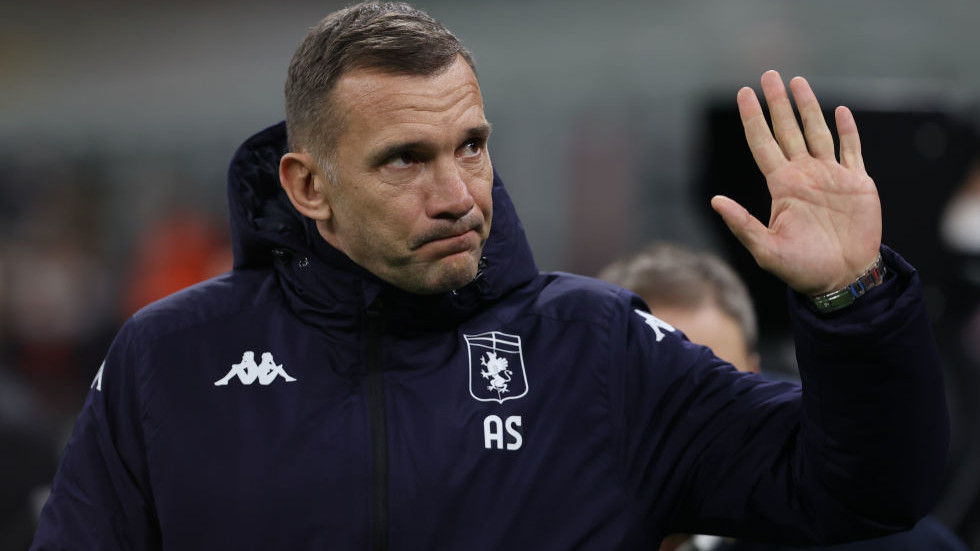 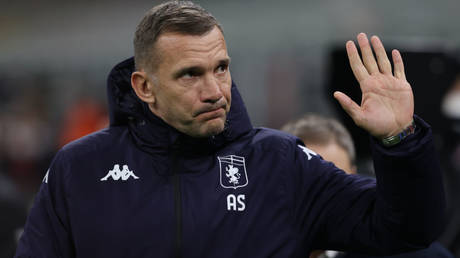 Former AC Milan and Chelsea star Andriy Shevchenko has been fired by Italian club Genoa after managing just one victory since taking charge of the Serie A side in November 2021.

The six-time Ukrainian Footballer of the Year, who is hailed by many as being among the finest goal scorers in the history of the Italian top flight, endured a miserable spell at Genoa after succeeding Davide Ballardini shortly after US investment firm 777 Partners pumped funds into the club, and has paid the ultimate price after securing just one win and three draws in 11 games at the helm.

His final match in charge was a Coppa Italia round of 16 defeat on Thursday at Milan, the team for whom he scored 175 goals across two spells, as well as winning the 2004 Ballon d’Or award for the world’s best footballer.

Milan fans loudly serenaded club hero Shevchenko before the match, with some later expressing regret that the result could have hastened his departure from his first club job.

Shevchenko also won two league titles and the 2003 Champions League with the Rossoneri before being persuaded to move to Chelsea by the Blues’ Russian owner, Roman Abramovich, for around $82 million in 2006.

Abramovich’s persuasiveness did not lead to a successful spell at Stamford Bridge for Shevchenko, who returned to Milan in 2008.

The 45-year-old’s sole win in charge of Genoa came in a Coppa Italia game against Serie A’s bottom side, Salernitana.

Genoa are currently languishing in 19th place in the division and are five points from safety after nine league games under Shevchenko’s guidance –  finding themselves in a poorer league position than they were when his brief reign began.

A statement from the Italian side announced the decision and thanked Shevchenko and his staff for their efforts, adding that Abdoulay Konko, who had been in charge of the club’s under-17 team, will be placed in temporary charge.

37-year-old Frenchman Konko had two spells with Genoa before returning to the club in his coaching capacity in 2021. He will be assisted by Roberto Murgita, who has been a coach at the club since 2013.

Crazy to think of the expectations put on Shevchenko with a schedule like this.

Can’t expect a team fighting relegation to get much from these games. Wild situation. https://t.co/xkdeExV9dZ

Shevchenko ended a five-year stint in charge of the Ukraine national team in August after leading his country to a respectable quarterfinal place at Euro 2020 in June and July 2021.

One of his most memorable victories was a 2-1 win over then-reigning Euro champions Portugal in Kiev in October 2019, sealing qualification for the finals.

The targetman moved into politics in 2012 after retiring following a second prolific spell at Dynamo Kiev, where he began his career.

Kids these days will never know how good Andriy Shevchenko was because of his time at Chelsea pic.twitter.com/ZMfaUkOSHy

As a candidate in the Ukrainian parliamentary elections, Shevchenko failed to win represenation because his Ukraine – Forward party earned less than two percent of the national ballot.

He issued a hopeful note to his Instagram following of more than a million less than two weeks ago, hailing a 1-1 draw at Sassuolo, extending Genoa’s unbeaten run at the time to two matches, as “a good away point to start the new year.”

Genoa subsequently lost 1-0 at home to Spezia – one of the teams who had been within their sights in their struggle to escape the wrong end of the table.

As it celebrates 50 years on the PGA Tour, this course only trails a few for longevity (like Augusta National and Pebble Beach)

Omicron cause of death in 3 Iranians

"All Evidence Points To Russia Being Behind The Cyber Attack": Ukraine