Good service comes with a price; Putin was smart to act when he did: Letters, Oct. 2, 2022 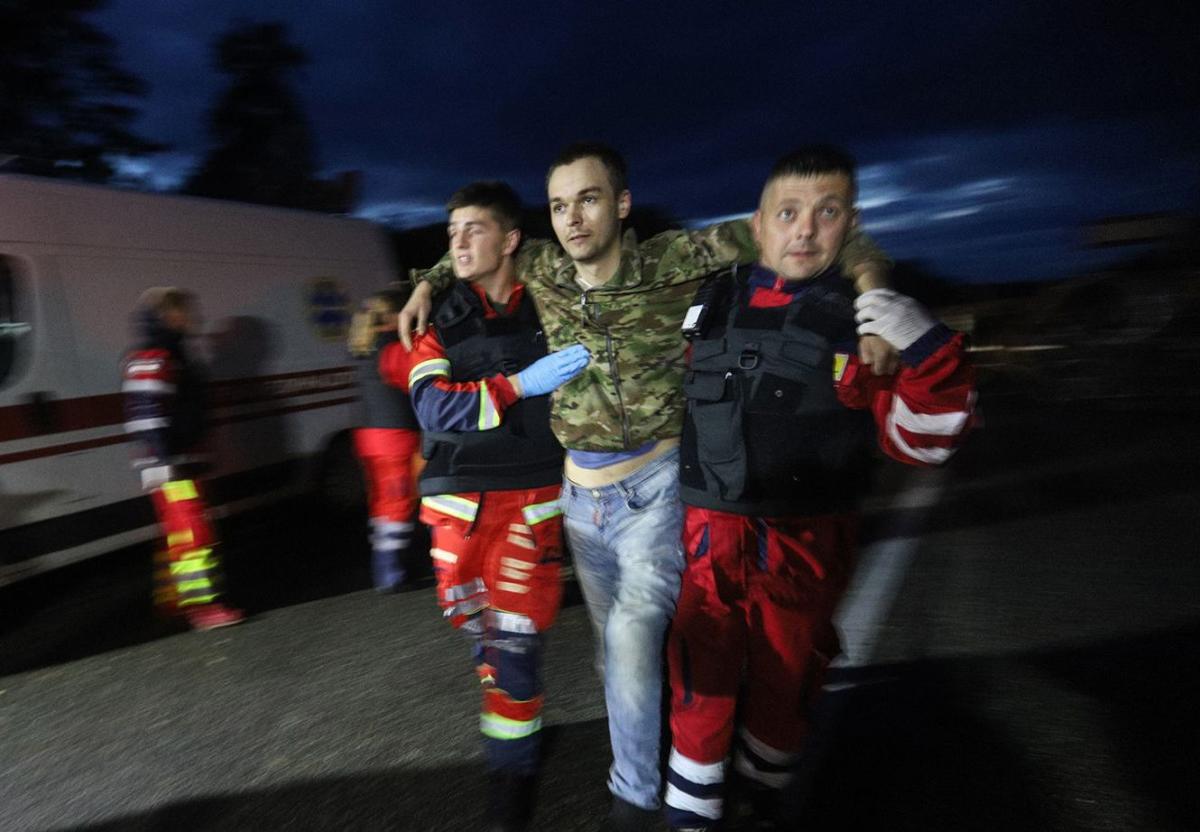 (Bloomberg) — Ukraine sealed a major prisoner swap with Russia, an exchange that included handing over a key ally of President Vladimir Putin in return for leading defenders of Mariupol under a deal facilitated in part by Turkey and Saudi Arabia.

Putin’s order to call up as many as 300,000 reservists to fight in Ukraine triggered protests around the country, the biggest since the early days of the war.

President Joe Biden excoriated Putin for making “overt nuclear threats” to Europe as the Russian leader escalated his war in Ukraine with the partial mobilization and vowed to annex territory.

Nearly seven months into the war, Russia declared a “partial mobilization” calling up 300,000 reservists in a major escalation of its flagging invasion of Ukraine. Ukrainian forces conducted strikes north and east of the city of Kherson against Russian logistics, military, and transportation assets in the Kherson region, according to the latest report from the Washington-based Institute for the Study of War. Russia hit Mykolayiv and Zaporizhzhia with 18 rockets early this morning, according to the Mykolayiv region’s governor and Zelenskiy’s office. No casualties were reported.

Russia’s security service said it thwarted a planned terror attack on infrastructure delivering energy to Turkey and Europe, raising concerns over supplies to the region.

The Federal Security Service “prevented an attempt by the Ukrainian special services to commit a sabotage and terrorist act at the facility of the oil and gas complex that supplies energy to Turkey and Europe,” according to a statement on its website. A Russian citizen, whom the nation’s security service claimed was recruited by Ukraine’s special service, was detained.

“We are not commenting on fantasies of Russian special services,” a representative of Ukraine’s State Security Service said.

President Putin’s order to call up as many as 300,000 reservists to fight in Ukraine triggered alarm and demonstrations as Russians were forced to confront the reality of the deadly conflict.

Police detained about 1,400 people at protests against the order in 38 cities Wednesday night, according to the OVD-Info monitoring group, marking the biggest protests since the early days of the war.

Some of the male detainees were handed draft notices, while protesters may face criminal charges under the harsh laws against criticism of the war the Kremlin has imposed since the Feb. 24 invasion.

The European Union should scrap its sanctions against Russia by the end of this year, Hungarian Prime Minister Viktor Orban said, according to Magyar Nemzet newspaper which is closely affiliated with the premier’s party.

The European Union plans another round of restrictive measures to respond to Russian’s latest escalation, the bloc’s foreign policy chief Josep Borrell said after an ad hoc meeting of foreign ministers in New York.

He told reporters that those measures would target both individuals and sectors and would also continue to supply Ukraine with more weapons.

North Korea denied that it has sold arms to Russia and blasted the US and “other hostile forces” for what it saw as spreading rumors that Kim Jong Un’s regime was aiding Moscow as it fought in Ukraine.

“We have never exported weapons or ammunition to Russia before and we will not plan to export them,” the state’s official Korean Central News Agency cited an unnamed vice director general in the Defense Ministry’s General Bureau of Equipment as saying.

US Pledges Support for Ukraine as Long as Needed (1:23 a.m.)

The US will continue to support Ukraine “as long as it takes,” Secretary of State Antony Blinken said in a statement.

Partial mobilization in Russia “reflects the Kremlin’s struggles on the battlefield, the unpopularity of the war, and Russian unwillingness to fight in it,” he said.

Ukrainian soldiers, including 108 defenders of the Azov battalion, have been swapped for 55 Russian prisoners, Ukrainian and Russian officials said.

“This was the most difficult prisoner exchange,” Interior Minister Denys Monastyrsky said. Saudi Arabia helped facilitate part of the swap, winning praise from western officials for the effort.

“We cannot agree to a delayed war. Because it will be even hotter than the war now,” he said. “For us, this is a war for life. That is why we need defense support – weapons, military equipment and shells. Offensive weapons, a long-range one is enough to liberate our land, and defensive systems, above all, air defense.”

Ukraine’s military has captured dozens of tanks left by fleeing Russian troops in the east, according to people familiar with the matter, adding crucial weaponry to its arsenal almost seven months into a war where both sides have lost manpower and machinery.

One of the people put the number of tanks captured at around 200, without specifying how many of those were operational or could be repaired. At least some were destroyed. Another person said the cache included later design models such as T-80s.

The haul — a third person described it as a significant outcome — is likely to ease some pressure on Ukraine’s forces as they head into a potentially difficult winter, when the terrain is set to become boggier and harder to navigate without tanks.

EU talks up Russia sanctions but consensus may prove elusive

Iran’s Khamenei blames Israel, US in first comments on protests

Supreme leader calls the anti-government protests, which began after the death of Mahsa Amini, 'riots'.

PARIS (AP) — It was as much art fair as fashion show for Stella McCartney, who put on an art-infused...

The sun is about to set on the Brewers season. Now on the brink of elimination, it’s a fate they will have to accept after recent failures

The Brewers dropped three of four games to the Marlins, coming up short time and time again.

Supporters of the latest army takeover in Burkina Faso celebrate in the capital Military coups were a regular occurrence in...