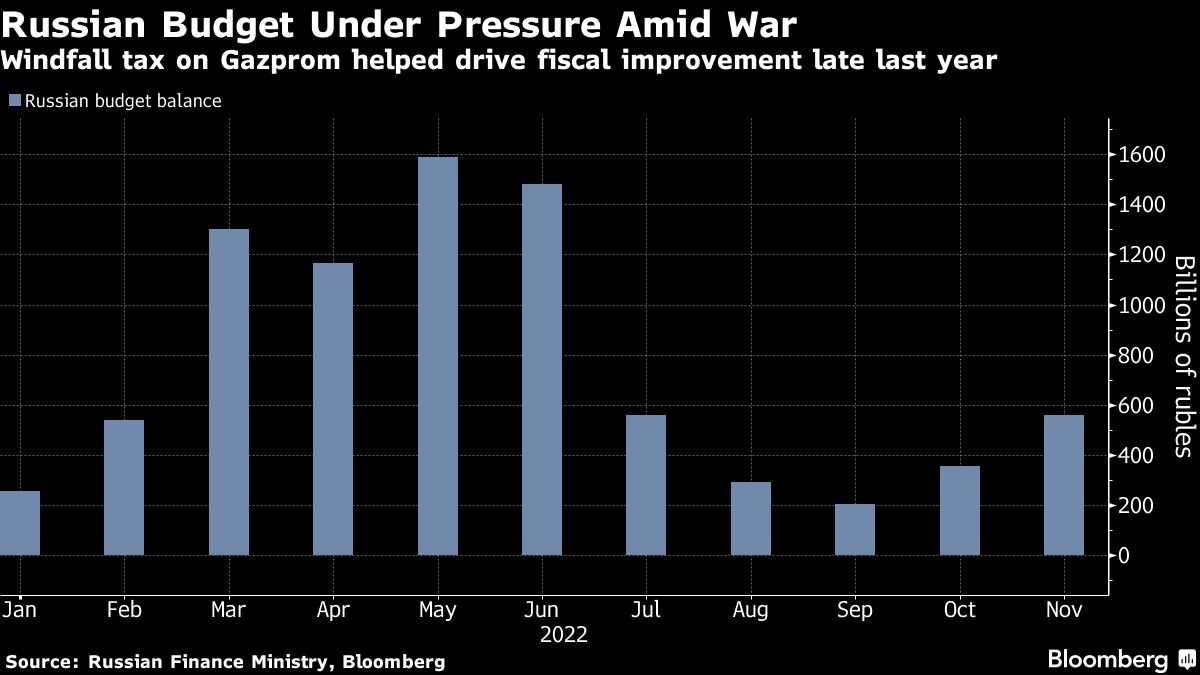 (Bloomberg) — Kremlin troops have been ordered by President Vladimir Putin to hold fire for 36 hours from noon Moscow time. Ukrainian President Volodymyr Zelenskiy and US President Joe Biden dismissed the move, framed around Russian Orthodox Christmas, as a ploy designed to give Moscow’s strained forces a chance to regroup, as well as a propaganda stunt.

The US and Germany will send armored vehicles to Ukraine, President Joe Biden and Chancellor Olaf Scholz said in a joint statement, providing a significant upgrade in firepower urgently sought by Ukrainian President Volodymyr Zelenskiy. Germany will also follow the US in providing a Patriot missile defense system to Ukraine.

Russia plans to wrest more money from some commodity producers and state companies and trim non-defense spending, according to a government order seen by Bloomberg News.

Chancellor Olaf Scholz won praise from domestic allies for the latest boost in German military aid for Ukraine but some said the decision to ship combat vehicles should have come much sooner and urged the government to supply even heavier kit.

Germany announced late Thursday it will send Kyiv as many as 40 of its Marder infantry fighting vehicles, as well as a Patriot air-defense system. In a joint statement, the US said it will contribute Bradley Fighting Vehicles, providing a significant upgrade in firepower in the fight against Russia’s invasion.

Marie-Agnes Strack-Zimmermann, a member of Scholz’s FDP coalition partner, called on the government to immediately add NATO-grade Leopard 2 battle tanks to the package. If Germany gave the green light, other allies would follow suit and send their Leopards, she said Friday in an interview with public broadcaster NDR.

Russian state television said the order had gone into effect as scheduled, but there was no official confirmation from the Defense Ministry or the Kremlin.

In the hours leading up to the deadline, fighting continued unabated, with each side accusing the other of strikes. Earlier, Russian military officials had said they would continue to fight if fired on or if Ukraine’s forces pushed to advance.

Russia plans to wrest more money from some commodity producers and state companies and trim non-defense spending as the costs of the invasion of Ukraine mount.

Proposals include higher dividends from state companies and a “one-time payment” by fertilizer and coal producers, under instructions issued to officials by Prime Minister Mikhail Mishustin in mid-December.

The document, a copy of which was seen by Bloomberg News, calls the effort part of “revenue mobilization.” It also orders 175 billion rubles ($2.4 billion) in extra spending to resettle 100,000 people from Kherson to Russia.

Putin could have been seeking to secure a 36-hour pause for Kremlin troops “to afford them the ability to rest, recoup, and reorient to relaunch offensive operations in critical sectors of the front,” said military analysts at the Institute for the Study of War in a daily update.

“Such a pause would disproportionately benefit Russian troops and begin to deprive Ukraine of the initiative,” ISW said.

Putin, who “cannot reasonably expect Ukraine to meet the terms of this suddenly declared cease-fire,” is reprising a tactic to frame Ukraine as unaccommodating and unwilling to take the necessary steps toward negotiations, the US-based group said.

The head of Germany’s network regulator said the agency is “very optimistic” about the country’s gas supply this winter as lower consumption due to warmer weather helps offset the impact of halted exports from Russia. Germany’s new LNG terminals are also helping.

A gas shortage this winter is unlikely, though a risk remains, BNetzA President Klaus Mueller said in an interview with public broadcaster ARD. “The more gas we have in storage facilities at the beginning of the year, the less stress and cost we will face in filling them again for next winter,” he added.

The Ukrainian president joined allies in the West in ridiculing Putin’s cease-fire announcement.

“Now they want to use the Christmas as cover to halt offensive of our boys in Donbas at least for a while and redeploy their military vehicles, ammunition and mobilized closer to our position,” Zelenskiy said in a statement. “What will that bring? Just more casualties.”

In a tweet, he praised Germany’s decision to send armored fighting vehicles and a Patriot missile defense system, saying that “Germany is making a crucial contribution in intercepting of all Russia’s missiles.”

said in the statement after a phone call.

Russian man mocks Putin in his passport to stay in Ukraine

Putin’s Orthodox Christmas cease-fire begins, but Ukraine and its allies reject what they see as a cynical ploy