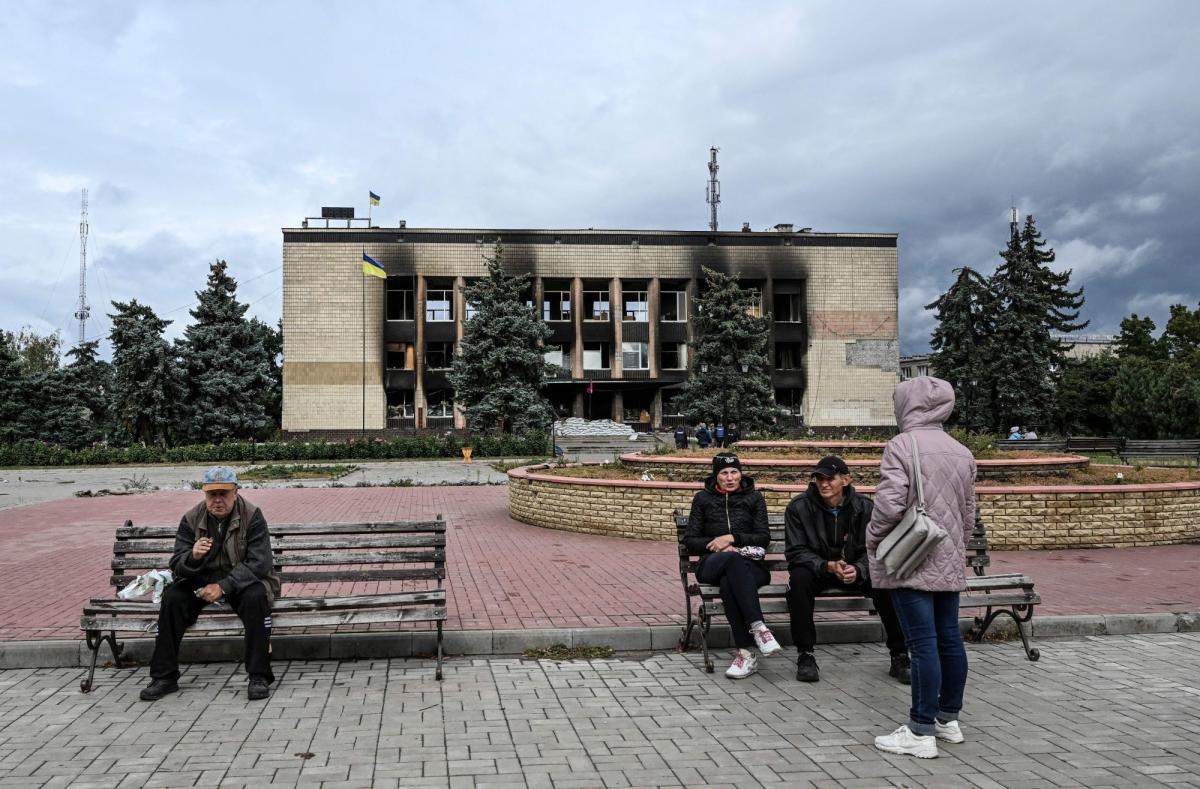 (Bloomberg) — Ukraine President Volodymyr Zelenskiy made an urgent appeal to allies to supply additional air- and missile-defense systems that he said are crucial to repelling Russia’s invasion and preventing further disruption to food and energy supplies.

In Berlin, German Chancellor Olaf Scholz said Russia under Vladimir Putin represents “the biggest current threat” to NATO and accused the Kremlin leader of wanting to “establish Russia as an imperial power in Europe — with maps of the Czarist Empire or the Soviet Union in mind.”

“For us this means that we have to be prepared for the fact that Putin’s Russia will define itself for the foreseeable future as opposed to us, to NATO and to the European Union,” Scholz said in a speech at a defense ministry conference.

Over the past day, infrastructure in more than 30 towns and cities has been damaged by air and missile strikes, Ukraine’s General Staff said on Facebook. Ukrainian forces continued counteroffensive operations in the country’s east, increasingly pressuring Russian positions and logistics lines in Kharkiv, Luhansk, and Donetsk, according to the latest report by the Washington-based Institute for the Study of War. Russian and Ukrainian sources reported Ukrainian ground attacks northwest of Kharkiv, near the Ukrainian bridgehead over the Inhulets River, and south of the Kherson-Dnipropetrovsk border, the Institute said.

Russia’s central bank delivered the smallest interest-rate cut since it started easing monetary policy after the invasion of Ukraine as renewed risks to inflation prompt more caution while the economy contracts under the drag of sanctions.

Policy makers led by Governor Elvira Nabiullina lowered their benchmark to 7.5% from 8% on Friday. Most economists surveyed by Bloomberg expected a cut of half a percentage point. Nabiullina will hold a news conference at 3 p.m. in Moscow.

An explosion in the center of the capital of the self-declared Luhansk People’s Republic killed the Russian-occupied territory’s top prosecutor, Interfax reported, citing the city’s emergency services. Prosecutor General Sergei Gorenko was killed by an improvised explosive device in his office, according to preliminary information, Interfax said.

Separately, a massive explosion hit Kherson’s regional administration, Kirill Stremousov, the deputy head of Russia’s occupation government there, said on Rossiya 24 television. There were dead and wounded from the strike, according to Stremousov, who said it came during a meeting of officials from around the region.

Several officials in Russian-held territory have been killed in attacks. In August, the deputy head of the occupation forces in Kherson was shot to death.

Providing Ukraine with weapons for self-defense is morally acceptable, Pope Francis was quoted as saying in Italian media.

Self-defense is lawful and an “expression of love for the motherland,” but any decision to arm Ukraine could be considered immoral “if taken with the aim of provoking more war,” the head of the Catholic Church told reporters during a flight.

The latest US aid, which President Joe Biden announced in a memorandum to Secretary of State Antony Blinken, would mark the 21st time the administration has drawn down US inventories to send weaponry to Ukraine since September 2021.

The $600 million in assistance includes ammunition for the Himars rocket systems, 1,000 “precision-guided” artillery shells, 36,000 additional shells and mine-clearing equipment, according to a Defense Department press release.

Zelenskiy said that “a mass burial site” has been found in Izyum, a city that Russian troops abandoned last week during the advance by Ukrainian forces. Speaking in his nightly video address, Zelenskiy did not provide further details, but said more information would be released on Friday. He visited Izyum on Wednesday.

“Tomorrow there will be Ukrainian and international journalists in Izyum. We want the world to know what is really happening and what the Russian occupation has led to,” he said, referring to Bucha, a town near Kyiv where evidence of atrocities was uncovered after a Russian retreat. “Russia leaves death everywhere. And it must be held accountable for that.”

What now for Putin? After Russian retreat, the Kremlin has few good options