Exoneration of Black men known as the Groveland Four…

Hospital visitors will have to provide proof of vaccination… 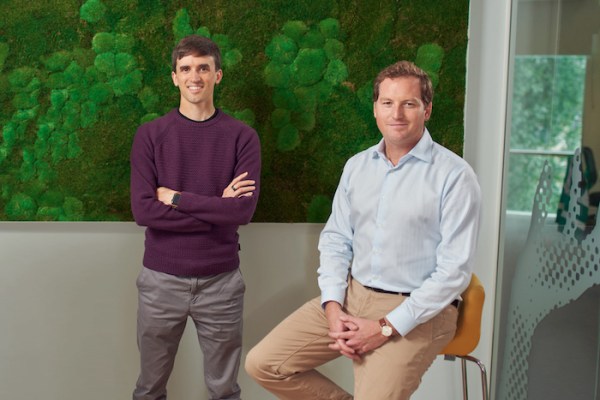 It was way back in 2017 that the company that became Ultraleap (Ultrahaptics, as weas) demonstrated at TechCrunch Disrupt a technology that pioneered ultrasound to replicate the sense of touch. The impressive ‘Star Wars’ demonstration took the crowd by storm.

It was quite the demo (see the video below). The underlying technology was based on post-graduate research from inventor – and still CEO – Tom Carter. Ultrahaptics went on to raise $23 million, begin to interest car companies, and later absorb the much-hyped Leap Motion, which, it turns out, was a match made in heaven, by uniting both hand tracking and mid-air haptics.

Commenting, Tom Carter, Ultraleap CEO, said recent chatter about the VR-based “Metaverse” from companies like Facebook, as well as the shift to touchless interfaces brought about by the pandemic, had helped its fund-raising.

“The metaverse concept is not new to Ultraleap,” he said. “It has always been our mission to remove boundaries between physical and digital worlds. The pandemic has accelerated the rise of the term as more people now understand the power of enhancing the physical world with digital elements. For Ultraleap, this new era is not constrained to VR headsets. Like the internet, it is a reality we will interact with, in all parts of life: at home, in the office, in cars, or out in public. Our aim with this Series D raise is to accelerate the transition to the primary interface – your hands – because there are no physical controllers, buttons or touchscreens in anyone’s vision of the metaverse.”

Ultraleap’s plan is to take Gemini to different operating systems, increase investment in tooling / R&D and let developers run away with their imaginations on how to apply the technology.

Of course, one of the key drivers of this touchless technology is of course The Great Pandemic. Like, who wants to touch anything anymore, right?!

And as was hinted at back in 2017, automakers are looking to make the ‘in-cabin experience’ a real thing. So Ultraleap is already working with DS Automobiles and Hosiden on new mid-air haptics experiences.

Carter expanded on these moves on a call, explaining that the potential for user interfaces that work inside VR-based metaverses are the vision for Ultraleap’s technology: “Admittedly, the metaverse is a very buzzy thing at the moment, but it really does describe the thing that we’ve been working towards: removing the barriers between humans and virtual content.”

“We’ve raised this round to help transition everyone towards that optimum interface of your hands, across all of the markets that we target. So on XR, we’ve launched Gemini, and in the last few weeks, a new generation of hand tracking, which is getting super rave reviews. It’s really now time to scale out-of-home. Pepsi’s deployment had 85% user preference and parity with touchscreens in terms of completion times for putting your orders through.”

Then there’s automotive. He said: “UX is the new horsepower’. We’re still driving, but we are moving towards being much more focused on the experience within the cabin… whether you’re working, working, being entertained, or other sorts of similarly Metaverse-like activities within your car.”

He said it turns out that there’s a very big safety benefit in using these mid-air interfaces over trying to use a touchscreen, where you have to take your eyes off the road: “It reduces the mental load on the driver by about 20%, by reducing the number of glances off the road that the driver takes. Transitioning to that interface makes the driving experience safer. And then once you have that interface and people are used to interacting in this way, it makes the transition to the future world easier.”

Festival of Wreaths fundraiser back in 2021