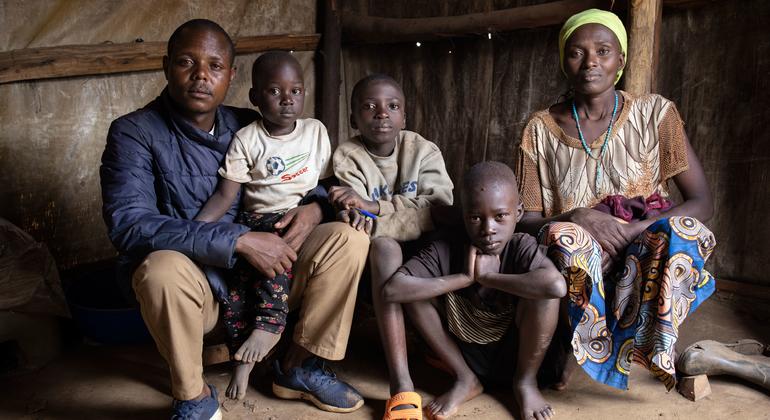 Elizabeth Tan, UNHCR’s Director of International Protection, said on Friday at the regular Geneva press briefing that the agency is concerned about a rise in attacks on civilians, including those living in sites for displaced people.

One of the worst examples came in February this year at the Plaine Savo camp in Ituri Province. A non-State armed group killed at least 62 people and injured more than 40 others. Since then, attacks have resulted in more than 1,000 deaths of people sheltering in displacement sites or attempting to return to their homes.

So far this year, UNHCR has recorded more than 50,000 violations against the rights of the civilian population in DRC, including refugees and internally displaced people.

UNHCR says that States have a legal and moral responsibility to allow those fleeing ongoing conflict to seek safety, be accorded asylum, if appropriate, and not to forcibly return refugees.

Escalating armed conflict is further exacerbating the situation. Since 20 October, 188,000 people have been newly displaced by fighting between the M23 rebel group and the Congolese Army.

An estimated 5.6 million Congolese were internally displaced before this escalation in violence. Another million have found refuge in 22 countries in Africa.

The vast majority of those who have had to flee, 4.9 million, were internally displaced by conflict across North Kivu, South Kivu and Ituri while nearly 700,000 have been displaced due to extreme weather.

With less than six weeks to go before the end of 2022, UNHCR has received just 43 per cent of the funds it needs to help those most in need in DRC.

Congress take on Elon Musk? Don’t count on it.

WHO: The cumulative number of confirmed cases of new crown in the world has reached 633601048