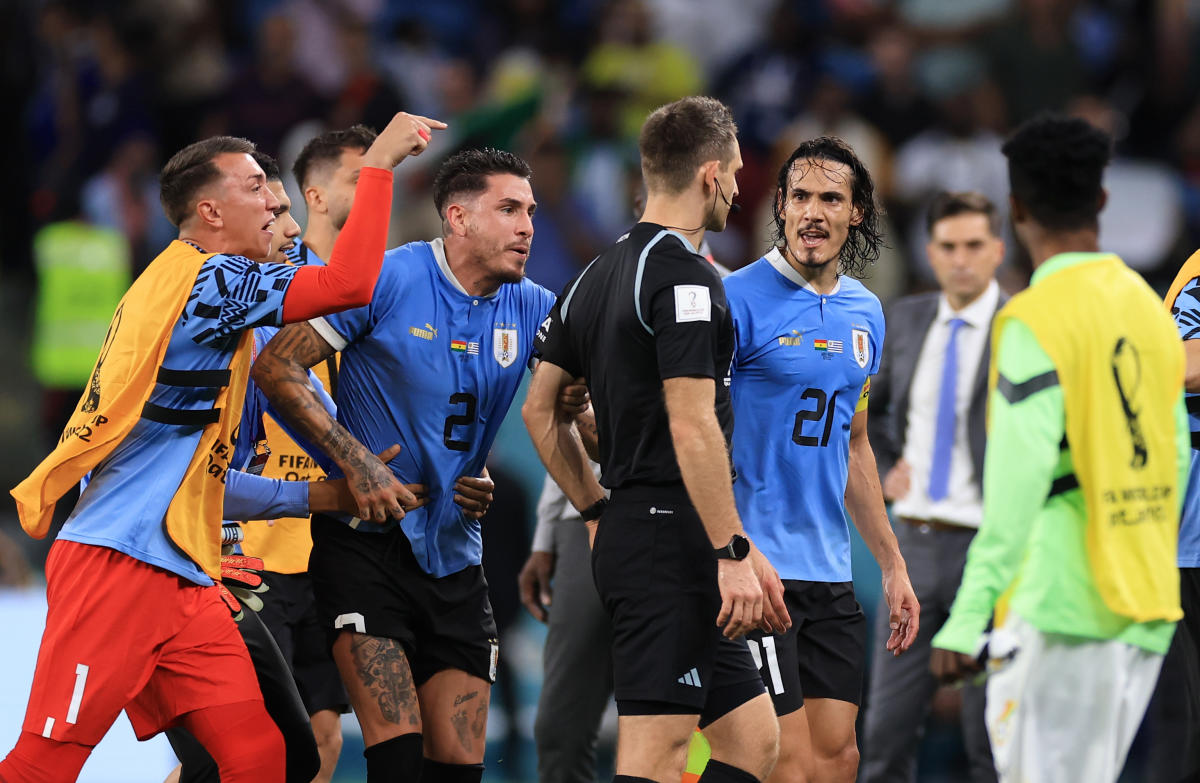 To say the least, Uruguay players were heartbroken after their 2-0 win vs. Ghana which did not convert into advancement into the 2022 World Cup round of 16.

So much so that the Sky Blue players followed game officials into the tunnel after the game’s final whistle.

Players were seen yelling and pushing refs as they exited Al Janoub Stadium.

Despite the 2-0 win, the Sky Blue did not advance to the Round of 16 after South Korea defeated Portugal 2-1 based on FIFA’s fair play rule.

In the other Group H showdown, South Korea defeated Portugal 2-1 after a stoppage-time goal and the Asian nation jumped to second place in Group H due to a tiebreaker.

South Korea and Uruguay both had four points with an even goal difference, but Korea scored four goals in the tournament compared to Uruguay’s two.

One of the Sky Blue’s players that visibly look South Korea’s last minute goal the hardest was striker Luis Suarez, who broke down in tears.

Portugal and South Korea continue their 2022 World Cup journeys in the knockout stage.

By Filipp Lebedev and Maxim Shemetov TBILISI (Reuters) – Until September, Aleksei Antropov was playing double bass for the Russian...

Putin has made himself a ‘laughing stock’, says Russia’s former vice-president

Vladimir Putin has made himself a ‘laughing stock’ after he surrounded himself with ‘absolutely incompetent’ military chiefs ahead of the...