“She is safe. She is on a plane. She is on her way home,” he said, adding that she should be back in the US within 24 hours. He said she would need time to recover from her imprisonment, saying she was “in good spirits” but “experienced needless trauma”.

US President Joe Biden and Cherelle Griner, Brittney’s wife, speak to her on the phone after her release by Russia, as Vice-President Kamala Harris and US Secretary of State Antony Blinken look on. Photo: via Reuters

“She deserves space, privacy and time with her loved ones to recover and heal from her time being wrongfully detained,” he said.

Biden’s authorisation to release Bout, once nicknamed “the Merchant of Death”, underscored the pressure he faced to get Griner home, particularly after the recent resolution of her case and her transfer to a penal colony.

One US official said Russia was unwilling to negotiate Whelan’s inclusion so Biden had to choose between Griner or no one.

“This was not a choice of which American to bring home,” Biden said. He said “Russia is treating Paul’s case differently” and promised Whelan’s family the administration would continue negotiating for his release.

US basketball player Brittney Griner and Russian arms dealer Viktor Bout. US and Russian government officials have confirmed the pair were exchanged in a prisoner swap. Photo: EPA-EFE

Russian and US officials had conveyed cautious optimism in recent weeks after months of strained negotiations.

But the fact that the deal was a one-for-one swap was a surprise given that US officials had expressed their determination to bring home both Griner and Whelan, a Michigan corporate security executive jailed in Russia since December 2018 on charges his family and the US say are baseless.

In releasing Bout, the US freed a former Soviet Army lieutenant colonel whom the Justice Department described as one of the world’s most prolific arms dealers. Bout was serving a 25-year sentence accused of conspiring to sell millions of dollars worth of weapons that the US said were to be used against Americans.

But the Biden administration was ultimately willing to exchange Bout for Griner. The detention of one of the greatest players in WNBA history contributed to a swirl of unprecedented public attention for an individual detainee case and put intense pressure on the White House.

Griner’s arrest in February made her the most high-profile American jailed abroad. Her status as an openly gay black woman, locked up in a country where authorities have been hostile to the LBGTQ community, infused racial, gender and social dynamics into her legal saga and made each development a matter of international importance.

Her case emerged as a major inflection point in US-Russia diplomacy at a time of deteriorating relations prompted by Moscow’s war against Ukraine.

However, the imprisonment produced a rare diplomatic opening, yielding the highest-level known contact between Washington and Moscow – a phone call between Secretary of State Antony Blinken and Russian Foreign Minister Sergey Lavrov – in more than five months.

During otherwise secret negotiations Blinken revealed in July that the US had made a “substantial proposal” to Russia for Griner and Whelan. Though he did not specify the terms, people familiar with it said the US had offered Bout.

Such a public overture drew a rebuke from the Russians, who said they preferred to resolve such cases in private. 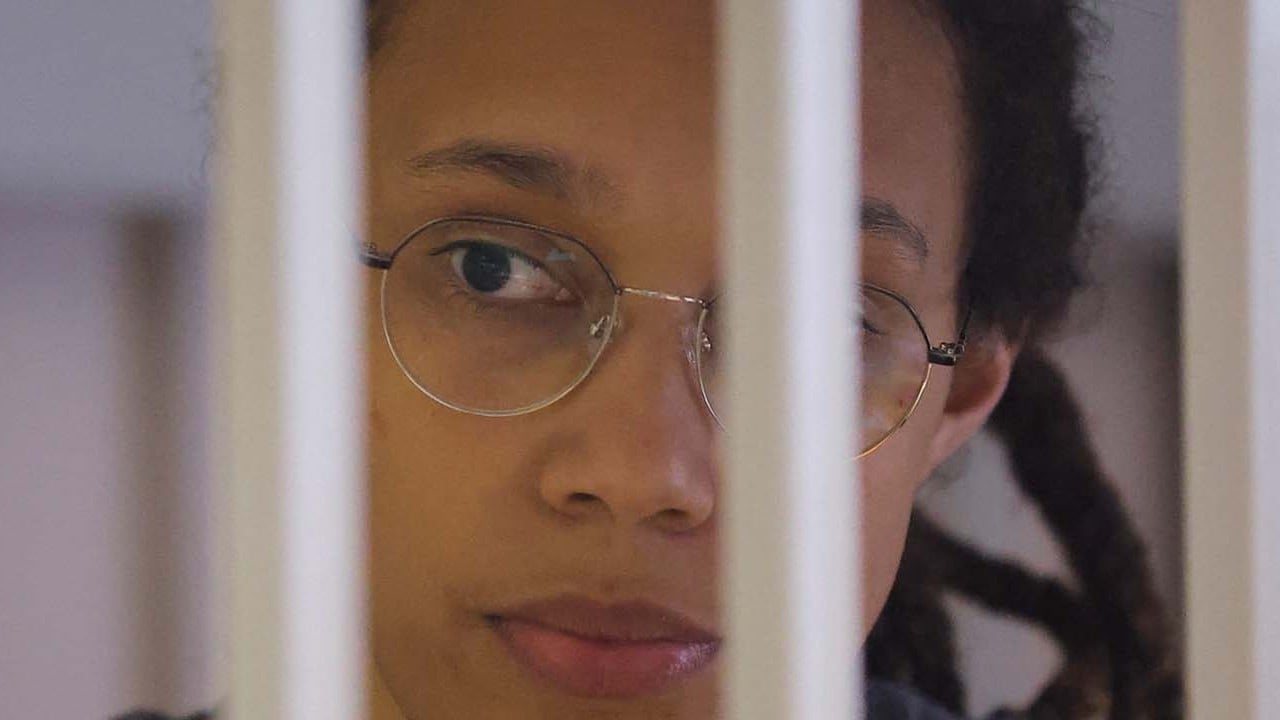 Griner was arrested in Moscow in February when customs officials said they found vape canisters with cannabis oil in her luggage. She pleaded guilty in July but said she had no criminal intent and their presence in her luggage was due to hasty packing.

Before being sentenced to nine years in prison an emotional Griner apologised “for my mistake” and added: “I hope in your ruling it does not end my life.”

Kremlin appears to scale back its ambitions in Ukraine