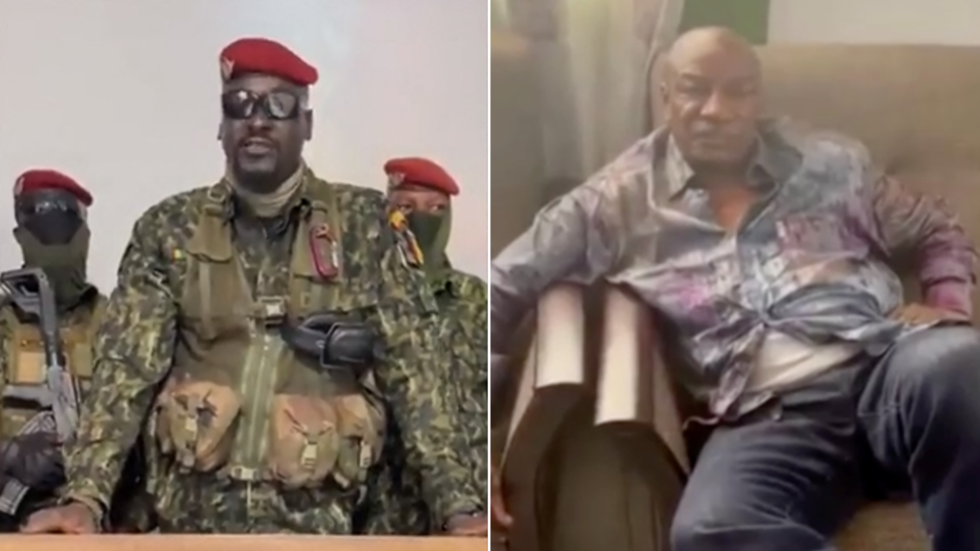 The US State Department has slammed the military coup in Guinea, saying it undermines the Afrina country’s path to ‘brighter future’, after a special forces unit apparently seized power and detained President Alpha Conde.

“The United States condemns today’s events in Conakry,” the US State Department statement said. “These actions could limit the ability of the United States and Guinea’s other international partners to support the country as it navigates a path toward national unity and a brighter future for the Guinean people.”

UN Secretary-General Antonio Guterres previously voiced similar sentiments, condemning “any takeover of the government by force of the gun” and calling for the “immediate release of President Alpha Conde.” The African Union also called for Conde’s immediate release, while the Economic Community of West African States threatened sanctions unless Guinea’s constitutional order was restored.

I am personally following the situation in Guinea very closely. I strongly condemn any takeover of the government by force of the gun and call for the immediate release of President Alpha Conde.

The unrest broke out in the capital city on Sunday morning, with reports of heavy gunfire and heavily armed soldiers roaming the area near the presidential palace and other government buildings. By day’s end, the junta claimed to have arrested the president, disbanded the government, closed borders and declared an indefinite nationwide curfew.

A video on social media is said to show former French legionnaire #MamadyDoumbouya who says that the army has dissolved the #Guinea government and sealed the country's borders. The man in the video also said that they have taken President #AlphaConde. https://t.co/xUvGSAUEFx pic.twitter.com/5XBeO2FacP

The coup is reportedly led by Lieutenant Colonel Mamady Doumbouya, a former French legionnaire and an elite military unit commander. “We have decided, after having taken the president, to dissolve the constitution,” he said in a video cited by AFP. He also ordered Conde’s cabinet ministers to convene at 11:00 am Monday, stating that any “refusal to attend will be considered a rebellion.”

Guinean special forces have seized power in a coup, arresting the president and imposing an indefinite curfew in the poor west African countryhttps://t.co/M64fHNrafO pic.twitter.com/zShXFULjAK

President Conde was seen detained by heavily armed soldiers and then being driven away to an unspecified location. The country’s latest presidential election, held in October last year, was surrounded with much controversy. Longtime leader Conde had changed the country’s constitution before the polls, allowing himself to run for the third time and triggering violent opposition protests.