US envoy heading to Vienna to resume Iran nuclear talks 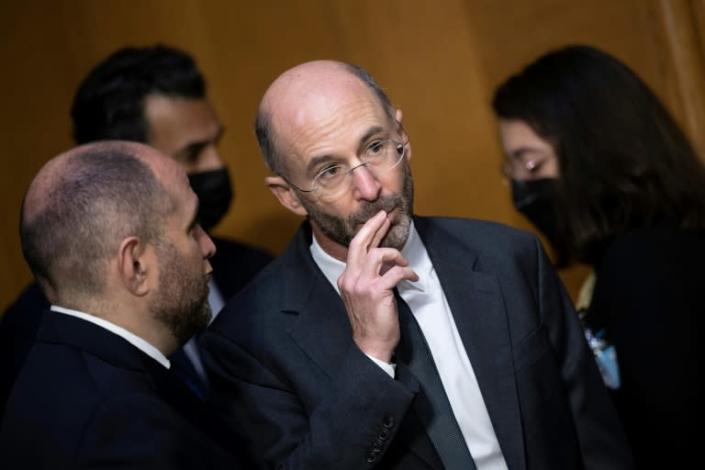 Rob Malley, the US State Department’s pointman on talks with Iran, announced Wednesday that he was headed to Vienna to resume negotiations over Tehran’s nuclear program that have been stuck for months on key final details.

“Our expectations are in check, but the United States welcomes EU efforts and is prepared for a good faith attempt to reach a deal,” Malley tweeted.

“It will shortly be clear if Iran is prepared for the same,” he said.

European Union-brokered indirect talks between Washington and Tehran stalled in March over the final details of a resumption of the 2015 nuclear deal.

A draft agreement was on the table that would offer Tehran sanctions relief for agreeing to limit its nuclear program, which has proceeded steadily and raised fears that the country could be close to nuclear weapons capability.

But a final deal, Western officials have said, has been held up in part by a demand by Tehran that the United States drop the country’s powerful Islamic Revolutionary Guards Corps (IRGC) from the State Department’s official blacklist of “foreign terrorist organizations” (FTO).

In May Malley told Congress that failure in the talks was very possible, after President Joe Biden sought last year to revive the 2015 deal, known formally as the Joint Comprehensive Plan of Action (JPCOA), from which former president Donald Trump unilaterally withdrew.

He referred to problematic Iranian demands “that go beyond the scope of the JCPOA.”

With a deal in doubt, Washington has moved to solidify relations with Israel and Gulf allies stridently opposed to Iran developing nuclear weapons.

Biden has repeatedly said the United States would not accept a nuclear-armed Iran.

On Tuesday White House spokesman John Kirby indicated that the Biden administration was not prepared to drop the terror designation of the IRGC to achieve a final deal.

“The president has been very, very clear. The Iranian state is a state supporter of terrorism,” he told reporters.

“When asked if he would be willing to lift the FTO designation of the IRGC as a function of the negotiations with Iran over the nuclear deal, the president said no,” Kirby said.

But asked if the IRGC currently conducts or supports terror activity, Kirby declined to answer.

As Iranian women are arrested for protesting against hijabs, some make ‘forced confessions,’ activist says