US readies new military aid for Ukraine to boost momentum 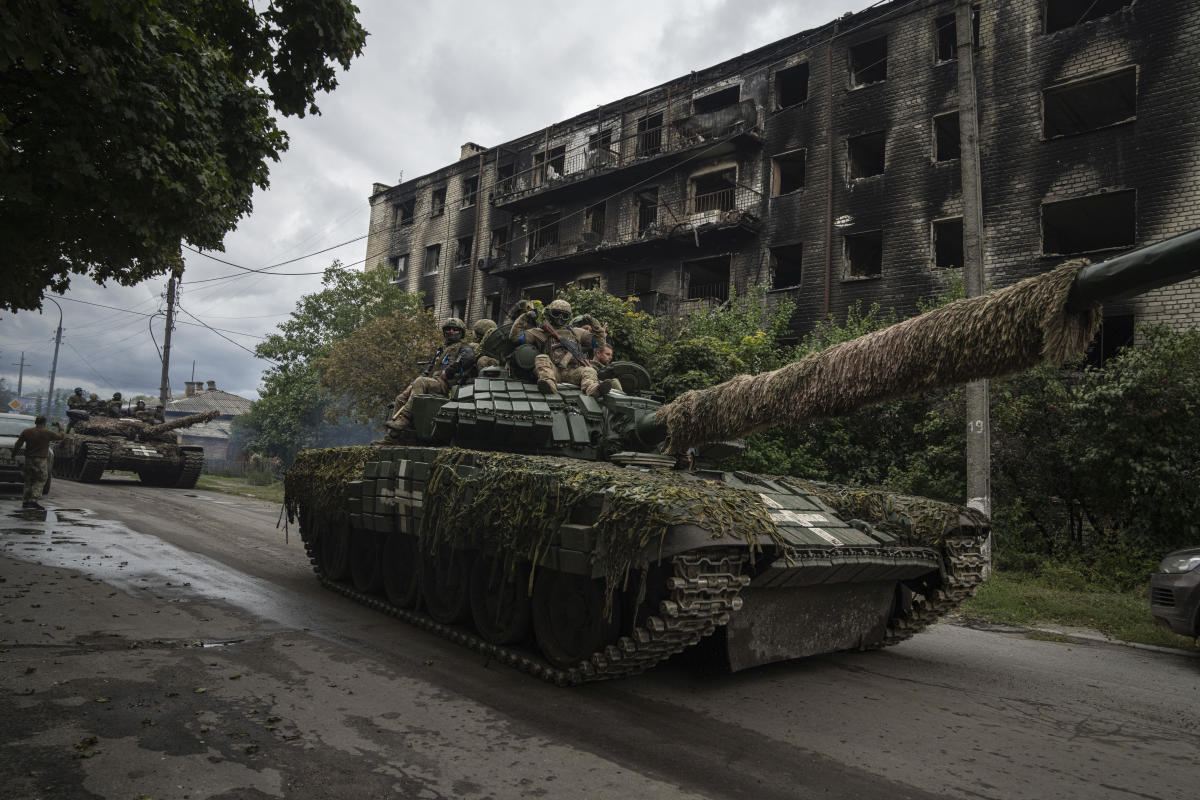 WASHINGTON (AP) — The Biden administration is set to announce this week that it will send another roughly $600 million in military aid to Ukraine, as the U.S. rushes more weapons to fuel Kyiv’s counteroffensive that has reclaimed large stretches of the embattled country and forced Russian troops to retreat.

U.S. officials familiar with the matter said an announcement could come as early as Thursday, or possibly Friday. It would be the 21st time that the Defense Department has pulled weapons and other equipment off the shelves to deliver to Ukraine.

The officials, who spoke on condition of anonymity to discuss a pending announcement, said the package will include more of the same types of ammunition and equipment that have helped Ukrainian forces beat back the Russian forces in portions of the east and south.

The decision to move on new aid quickly — on the heels of a nearly $2.9 billion infusion of aid and financing support announced last week and more than $3 billion announced in late August — underscore the U.S. intent to ensure that Ukraine can sustain its stunning counterattack that was launched early this month.

That most recent funding included $2.2 billion in long-term military financing announced that Secretary of State Antony Blinken announced during a visit to Ukraine last week, and a $675 million weapons package announced by Defense Secretary Lloyd Austin in Europe that same day.

The $2.2 billion that Blinken announced in Kyiv is for Ukraine and 18 of its neighbors, including NATO members and regional security partners, that are potentially at risk of future Russian aggression, the U.S. said.

Moscow’s recent rout in northeast Ukraine was its largest military defeat since the withdrawal of Russian troops from areas near Kyiv more than five months ago.

U.S. officials watching the counteroffensive have been careful not to declare a premature victory, noting that Russia still has substantial troops and resources. And they are wary of what Russian President Vladimir Putin may do to turn the tide.

But U.S. leaders also have made clear that the precision weapons and rocket systems provided by the U.S. and allies — including the High-Mobility Artillery Rocket System, or HIMARS, and the High-speed Anti-Radiation Missile, or HARM — have been key to the dramatic shift in momentum.

The fourth straight increase is part of the central bank's effort to tame stubbornly high inflation.

KENOSHA, Wis. (AP) — The man who survived a shooting by Kyle Rittenhouse that left two others dead during a...