Scott Covert: using gravestones to give the dead a whole new lease of life 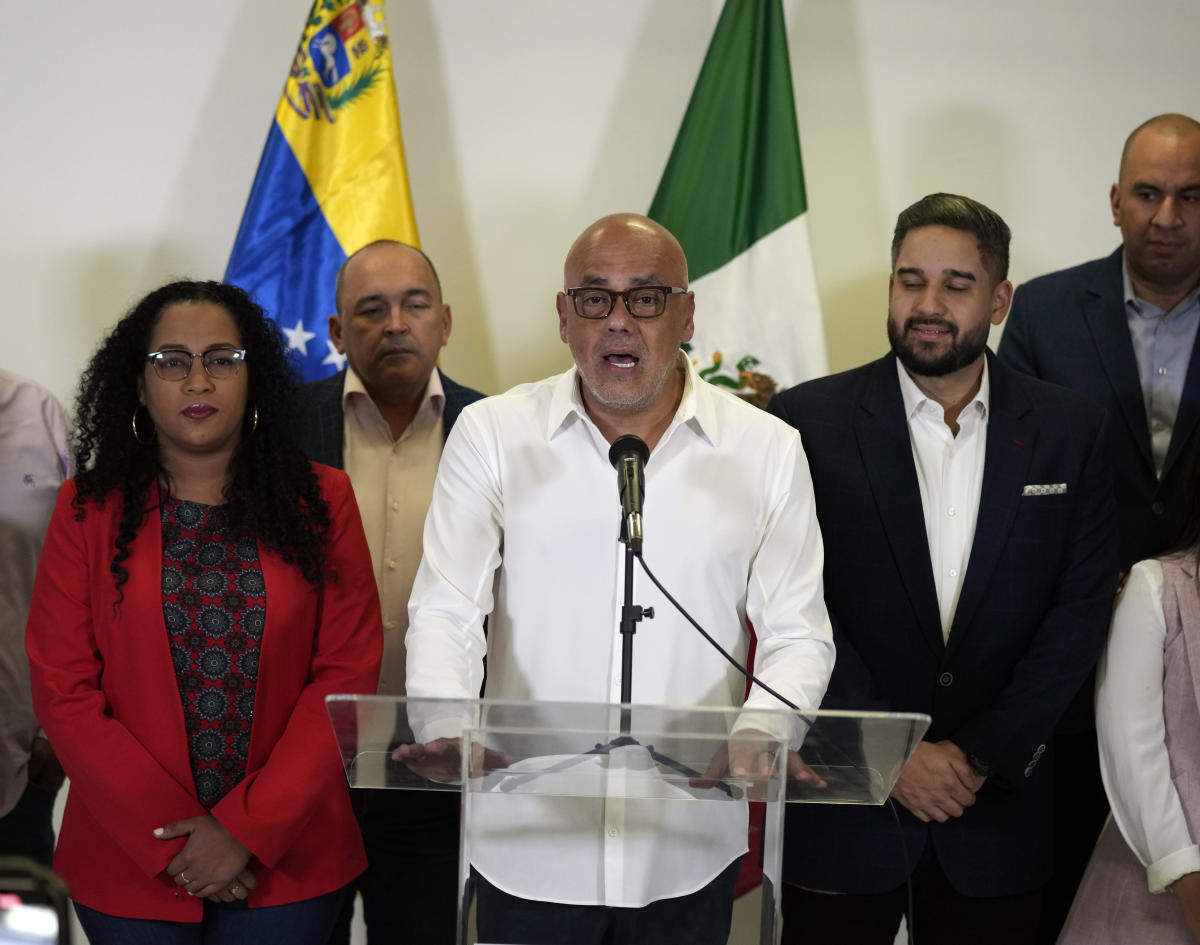 MEXICO CITY (AP) — Venezuela’s government and its opposition on Saturday agreed to create a U.N.-managed fund to finance health, food and education programs for the poor, while the Biden administration eased some oil sanctions on the country in an effort to boost the newly restarted talks between the sides.

The agreement signed in Mexico City by representatives of President Nicolás Maduro and the opposition, including the faction backed by the United States and led by Juan Guaidó, marked he resumption of long-stalled negotiations meant to find a common path out of the South American country’s complex crisis.

The broad terms of the agreement for the United Nations-managed social fund were announced by the head of a group of Norwegian diplomats guiding the negotiations.

Venezuelan resources held in the international financial system will be directed to the fund, though neither side in the talks nor Norway’s facilitator, Dag Nylander, said whether the U.S. or European governments have agreed to allow frozen assets to be funneled to the new mechanism.

“In line with UN norms and procedures, (the fund’s) objective would be to support the implementation of social protection measures for the Venezuelan people,” Nylander said. “The parties have identified a set of resources belonging to the Venezuelan state frozen in the international financial system to which it is possible to progressively access, understanding the need to obtain the authorizations and approvals” from foreign institutions and organizations.

A U.N. report published earlier this year estimated humanitarian needs at $795 million to help about 5.2 million people in Venezuela through health, education, water and sanitation, food and other projects.

Under President Donald Trump, the U.S. ramped up economic sanctions against Venezuela and granted Guaidó authority to take control of bank accounts that Maduro’s government has in the Federal Reserve Bank of New York or any other U.S.-insured banks.

Guaidó declared himself Venezuela’s interim president in January 2019, arguing that his capacity as then-president of the country’s National Assembly allowed him to form a transitional government because Maduro had been re-elected in a sham vote in late 2018. Dozens of countries, including the U.S., Canada and Colombia, recognized him as Venezuela’s legitimate leader.

About 7 million people have left Venezuela amid a complex political and humanitarian crisis. Three-quarters of those who remain in the country live on less than $1.90 a day, an international measure for extreme poverty.

Maduro’s delegates walked away from negotiations in October 2021 after businessman Alex Saab was extradited on money laundering charges from Cape Verde to the U.S. Maduro conditioned a resumption on the release of Saab. He remains in custody, but his wife, Camila Fabri de Saab, will be part of Maduro’s delegation.

The Treasury Department on Saturday announced its decision to allow California-based Chevron to resume “limited” energy production in Venezuela after years of sanctions that have dramatically curtailed oil and gas profits that have flowed to Maduro’s government.

Under the new policy, profits from the sale of energy would be directed to paying down debt owed to Chevron, rather than providing profits to Venezuela’s state-run oil company Petroleos de Venezuela S.A., commonly known as PDVSA.

A senior U.S. administration official, briefing reporters about the U.S. action under the condition of anonymity, said that easing the sanctions was not connected to the administration’s efforts to boost global energy production in the wake of Russia’s invasion of Ukraine and that the decision was not expected to impact global energy prices.

Trump claims lawsuits are a conspiracy to ‘keep him busy’ ahead of 2024. He’s the one making lawsuits political, judges say.

Former President Donald Trump during an event at his Mar-a-Lago home on November 15, 2022, when he announced he would...

Model Jeremy Ruehlemann dead at 27, fashion designer Christian Siriano calls him ‘One of My Muses’

Model Jeremy Ruehlemann has died at the age of 27. The cause of death has not yet been released. Fashion...

Four members of the Oath Keepers were convicted Monday of seditious conspiracy in the Jan. 6, 2021, Capitol attack in the second...

The Thunder are now entrenched in a hunt for the final few playoff seeds. While there is reason for skepticism,...