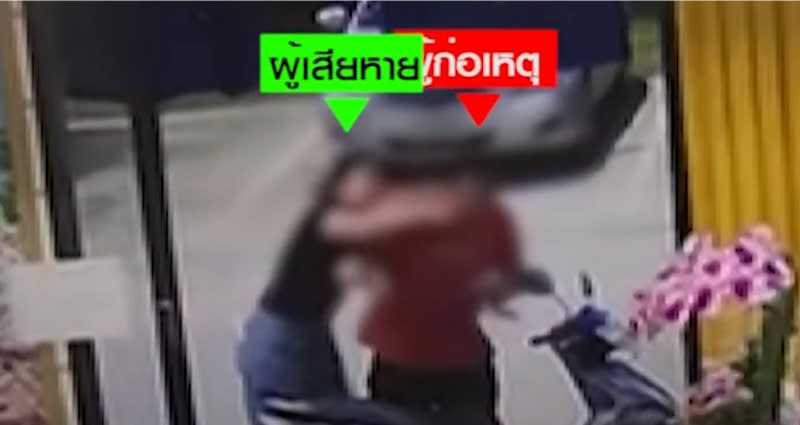 After a Thai man attempted to secretly film a woman in a public restroom, he was immediately chased and beaten by the victim, who happened to have a black belt in Taekwondo.

On Sunday, a 17-year-old man allegedly entered the women’s restroom in a Japanese restaurant located in Chachoengsao district, Thailand, and attempted to film a woman in a stall.

The 28-year-old woman, who reportedly works at the restaurant, noticed the phone peeking over her stall and immediately chased the man outside.

In CCTV video of the incident, the 17-year-old tries to flee on his motorcycle, but the woman catches up to him. After she grabs him, she begins to beat him, swinging punches and kicking the man.

More from NextShark: NYPD reveals that hate crimes against Asians surged 361% in 2021

Although the man knocks the woman down at one point, she immediately does a backward roll and rises to her feet.

After throwing more punches, the woman runs back to the restaurant as the other employees gather at the front. She then snatches the phone from the man and shows the evidence to her coworkers shortly before allegedly deleting the video.

More from NextShark: Over 60 Volunteers Are Now Patrolling Flushing for Anti-Asian Violence

The woman told the media that she was enraged by what the man was trying to do and used her martial arts skills to catch the man. The 28-year-old claimed that she has won several gold medals in Taekwondo and began learning when she was 7 years old.

His shirt ripped up, the perpetrator allegedly told the woman that he filmed her because he was “drunk and reckless.” The 17-year-old, hiding his face with a hat, spoke to the media and publicly apologized.

The woman warned women to be cautious when using public restrooms.

Murder charges for Brooklyn mom accused of drowning her children on Coney Island Beach: ‘The babies are gone’