Who are the best options at quarterback for new Panthers coach Frank Reich? 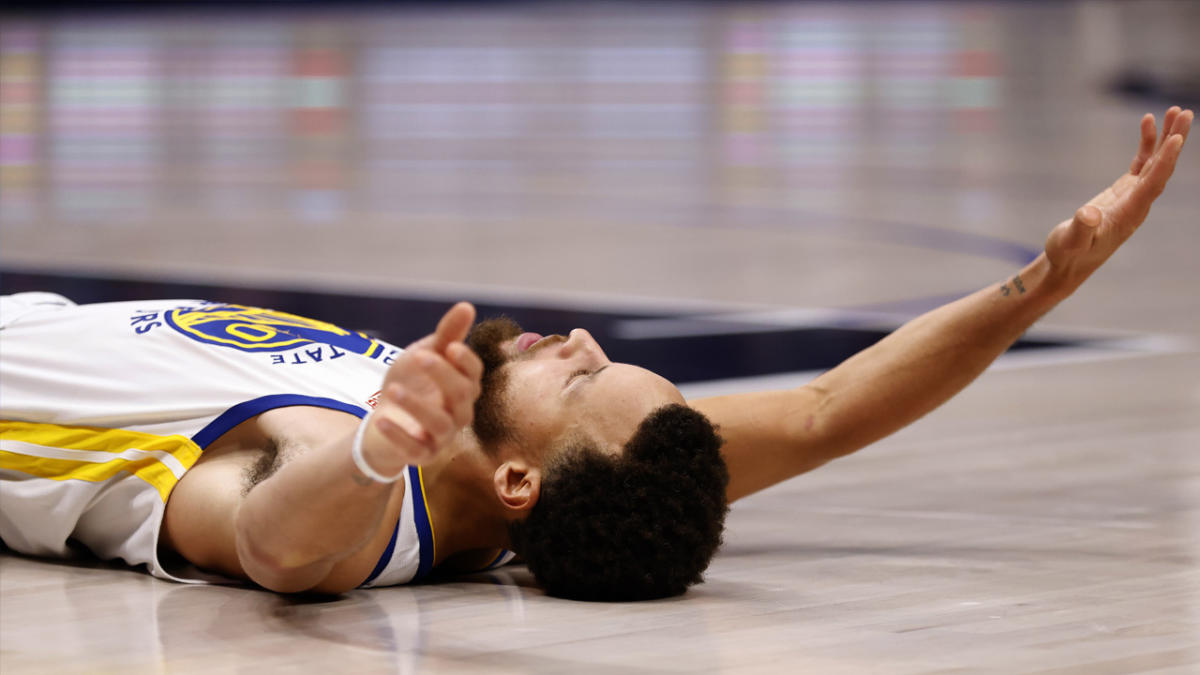 DALLAS — One team came into American Airlines Center on Tuesday night looking to extend their win streak to four straight games. The other wanted nothing more than to snap their four-game losing streak.

In the end, the Warriors’ final two offensive possessions came down to Steph Curry and Klay Thompson behind the 3-point line. That’s a dream scenario every time for Steve Kerr. The result, however, was a wild 116-113 Warriors loss to the Dallas Mavericks — ending their winning ways and putting a stop to the Mavs’ skid.

Calling any a game at the end of November a playoff atmosphere is a bit of stretch. This battle between the two teams who squared off last season in the Western Conference Finals lived up to the hype in every sense. The biggest stars, Curry and Luka Doncic came to play. And for the Warriors, it was their bench that can let them fly home on a positive note despite the loss.

“We needed that one,” Mavs owner Mark Cuban said as he walked down the tunnel, smiling ear to ear.

If there was a soundtrack that defined this clash of Western Conference foes, one would have to pick The Proclaimers or Vanessa Carlton depending on your taste. Press play on “I’m Gonna Be (500 Miles)” or “1,000 Miles.” Whatever works best for you.

The point is as the NBA suddenly cares about traveling, the referees picked a hell of a time to blow the whistle on one of the game’s biggest starts. What appeared to be a two-foot stop followed by moving his pivot foot was deemed a travel by Curry with 10.1 seconds remaining and the Warriors down 115-113.

You be the judge.

While Curry didn’t exactly agree with the decision, he took responsibility for what he believed was the wrong play at that time.

“Bang, bang situation,” Curry said after the loss. “Dumb play by me to not take the layup. I got a little confused on what the time and the score was, honestly. Went for the hero shot.

“I didn’t think it was a travel to the point where you don’t let the play run out. But who am I to say?”

Overall, there were 10 travels called Tuesday night. Seven went against the Warriors, and three were on the Mavs.

Though this is a recent development, it isn’t particularly new to the Warriors. They’ve been on the wrong side of a handful of travel calls lately. All Kerr wants is consistency.

“Calls are calls,” Kerr said. “Some go your way, some don’t. I guess the NBA’s making an emphasis on plays like that. I don’t know if it was a travel or not, I haven’t seen it. It’s gonna be really interesting to see.

“If we’re going to call that now, we got to call it all the time because it happens 30 times a game. Guys change pivot feet. So I’m really happy that the officials are going to emphasize it, but you got to be consistent with it.”

Then there was Thompson’s missed try with 4.1 seconds left.

Coming off screens set by Curry and Jordan Poole, Klay found himself wide open at the left wins behind the 3-point line. Kerr’s play call was working to perfection. That is, until the ball left Thompson’s fingertips.

It fell just short, putting a cap of what was a tough night for the sharpshooter and a back-and-forth fight in Dallas.

Curry gave Golden State 32 points, his 13th 30-point game this season. But no other starter scored more than Draymond Green‘s 12 points. Andrew Wiggins (10) and Thompson (five) combined for 15 points. They each went 1-for-6 from long distance.

Doncic continued to torture the Warriors, scoring 41 points in a triple-double that saw him also grab 12 rebounds and dish 12 assists as well.

The Warriors’ bench flipped the script, clawing their way back after the starters found themselves in a surprisingly huge hole in the first quarter. All season long, the second unit has made fans, coaches and teammates alike bite their fingernails with hopes that things won’t get too bad.

It was the opposite this time. They outscored the Mavs by eight points before Curry returned in the second quarter, and by two before it was his time to come back in for the final stretch of the fourth quarter.

Jonathan Kuminga led the way with what Kerr called his best game as a Warrior. The 20-year-old played 26 minutes off the bench, scoring 14 points with 10 rebounds for his first double-double of the season and third of his career. He was a team-high plus-21 in plus/minus.

Donte DiVincenzo put his body on the line multiple times and was all over the floor. He wound up with six points, a season-high seven rebounds, two assists and two steals for a plus-15. Though Poole only scored nine points, he also had nine assists, was active all game on defense and earned a plus-14. Anthony Lamb was a major spark to open the second quarter and was trusted at key times, scoring 11 points, splashing two 3-pointers to go with five rebounds, one assist and one steal to be a plus-13.

JaMychal Green was the only bench player who didn’t produce a positive plus/minus. The veteran big man was a minus-2 in eight minutes.

An identity is being formed for the second unit after 22 games. Kerr is more than happy with that development, as is Draymond, who now is helping lead that group to start the second and fourth quarters.

“I just think it’s a different level of comfort,” Green said when asked what has been the difference for the bench and second unit lately. “With that level of comfort, because it’s certain. You know what’s coming, you know who you’re out there with, you’re getting more accustomed to playing with those guys.

“We couldn’t get near that two weeks ago. It’s uplifting to see these guys start to figure it out and come along, because ultimately it’s going to help us win games this season. But more importantly, it allows guys to get the proper rest so you’re not expending more than you need in Game 22. It’s beautiful to see.”

The Warriors don’t believe in moral victories. Don’t even ask them that. The only banners they believe in are for winning the NBA Finals.

Truth is, the ball didn’t bounce their way. The vibe didn’t feel like some disastrous loss, though, because it wasn’t it. Reality is, it’s another building block for a team that believes in the months to come as opposed to the first two of the season.

Fans got what they wanted in this showdown. Waiting all the way until Feb. 4 for these squads to lace them up against each other again feels far too long. It’ll be worth the wait, and we’ll have a far better idea who these teams truly are.

(Reuters) – More than 40 people were killed after a bus fell into a ravine in the southern Pakistani province...

Championship Sunday is finally upon us! Which teams will be able to book that ticket to the Super Bowl? These...

The league is seeing exponential growth as it approaches its 11th season.

Sharon man, former UConn student arrested for risk of injury to a minor

Jan. 28—TORRINGTON — A Sharon man and former University of Connecticut student was arrested Tuesday morning for risk of injury...

The Philadelphia 76ers president called into radio station 97.5 The Fanatic with some choice words about the NBA's leading scorer...

Who are the best options at quarterback for new Panthers coach Frank Reich?

The Panthers found their next head coach in Frank Reich. But who should be their next quarterback? A look at...

The Arizona Cardinals are busy lining up interviews with head coach candidates, and other news updates from the offseason.

LeBron James finishes with 41 points but a missed foul call on the final play of regulation prevents the Lakers...

Cincinnati has a bevy of young, promising stars in its organization. Reds president Phil Castellini is among the executives who...

As new general manager Ran Carthon comes aboard and NFL vacancies are filled, the Tennessee Titans offensive coordinator search is...

The New York Rangers are drawing criticism for reneging on plans to wear Pride-themed warmup jerseys before their game against...

Here are the full purse and FedExCup breakdowns for Max Homa and the rest of the players who made the...