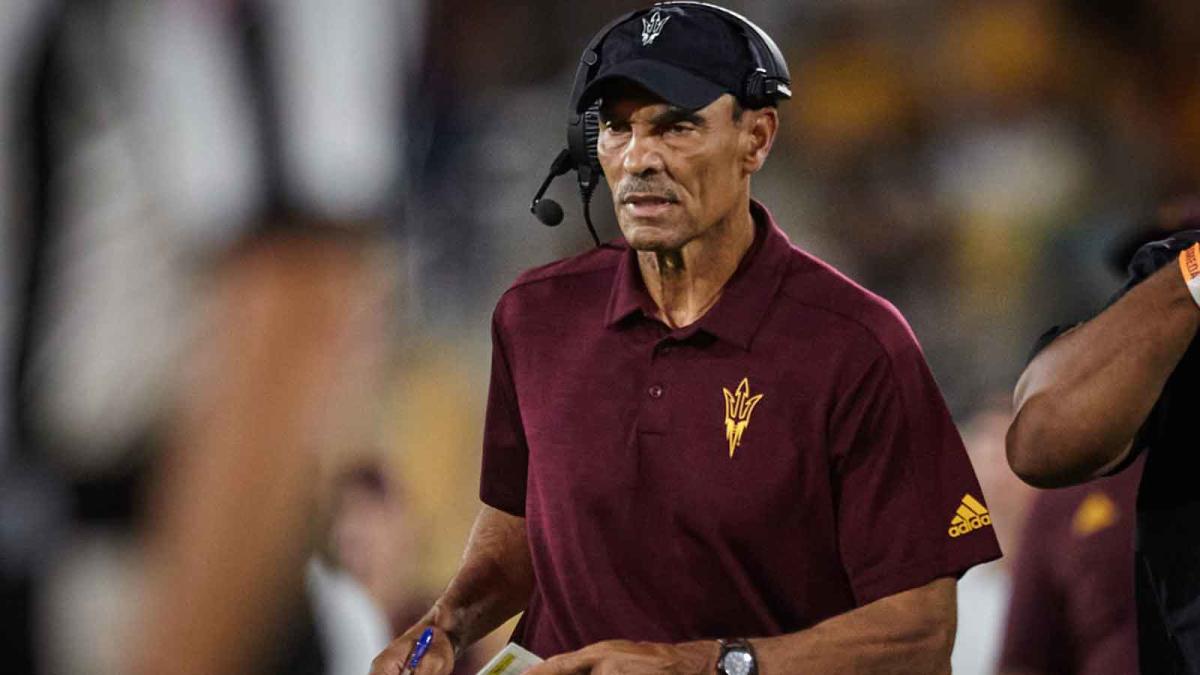 Herm Edwards’ term at Arizona State ended, not with a bang but a whimper… or so it seemed.

Edwards, in his fifth season as the head football coach, was fired on Sunday following the Sun Devils’ 21-30 loss to Eastern Michigan home.

While the termination isn’t a particular surprise to anyone following Arizona State football, a new video appears to challenge the original order of events. Edwards, seen talking to athletic director Ray Anderson and University President Michael Crow, was seemingly fired on the field immediately after the game.

While there’s no way of knowing what transpired in that conversation, the video certainly has Twitter believing it marked the end of Edwards’ tenure.

In a statement released Sunday, Athletic Director Ray Anderson said he and Edwards came to a “mutual agreement” for a “change in the leadership” of the football program. Anderson went on to say that the team’s best interest is at the core of the decision and vowed to “do better.”

Edwards joined Arizona State in 2018 with about as decorated of a resume as they come. As a player, he rose to notoriety when he scored a game-winning touchdown for the Philadelphia Eagles in a 1978 matchup later dubbed the Miracle at the Meadowlands.

He then worked his way up the coaching ladder, eventually taking over as head coach of both the New York Jets and the Kansas City Chiefs. In 2009, he joined ESPN as an analyst, where he earned a reputation for memorable lines and iotas of wisdom.

Nearly a decade later, Arizona State came calling with a chance to lead their sideline.

Under Herman, the Sun Devils went 26-20, including a 17-14 conference performance. Their best postseason performance came in 2019 when they beat Florida State at the Sun Bowl.

Look past late fumble. Josh McDaniels messed it up for Raiders in stunning loss to Cardinals

When you’ve proven it all, what’s left to drive you?

Oct. 4—Niagara Falls —ROBBERY: Police are investigating a robbery in the 400 block of 19th Street. A male victim told...

Kawhi Leonard made his long-awaited return to competitive play and John Wall made his anticipated debut for the Clippers against...

Peyton Manning hasnt played in the NFL for seven seasons, but he still has the quarterback cadence on lock.

PARIS (AP) — Will President Vladimir Putin pull the nuclear trigger? For Kremlin watchers trying to figure out whether the...