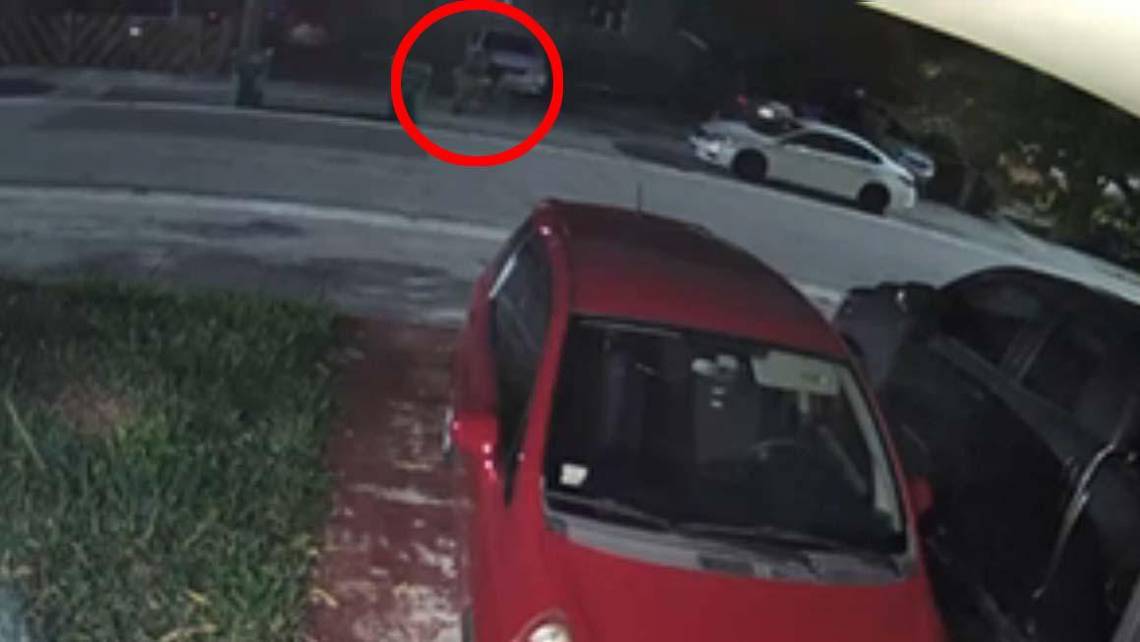 A would-be abductor who assaulted a woman in Miami is still on the streets more than a month after the attack. Miami police have released new video showing the scary tussle between the two, hoping someone will identify him.

Back on Oct. 5, the woman was walking late night when she saw the man pretending to act busy on his phone and having a conversation in Spanish in the area of Northwest 19th Avenue and Fourth Street, police said.

The video shows him coming behind her, grabbing her and tussling about as she screamed for help. Police say she was kicking and screaming, as well as bit down on his arm when he tried to put her in a choke hold.

She was able to break free and begin clawing at his face as he tried to grab her again. A neighbor came out of his home when he heard the screaming, and the man promptly let go and ran away.

The man was described as about 5 feet 7 inches tall, medium build and last seen wearing a long dark colored shirt, shorts, construction boots and hat. Police say he possibly had a Guatemalan or Mexican accent.

Anyone with information is asked to call Crime Stoppers at 305-471-8477 or visit its website at crimestoppersmiami.com and select “Give a Tip”. Those with information can also call Miami Police’s Robbery Unit at 305-603-6370.