Why Shopify’s New Pricing Plan Is Driving the Stock Higher

There’s a big skills gap at work right now. These are the top 10 skills employers are looking for

The U.S. Sending Tanks to Ukraine. Here’s Who Makes Them.

Don't even think about retiring until you have these 3 things fully paid off — and no, your mortgage isn't one of them

These 2 ‘Strong Buy’ Penny Stocks Are on Track for Massive Gains, Say Analysts

How Much Income Can I Have Before My Social Security Benefits Decrease?

Intel stock’s dividend sticks out among chip makers. But a cut may be coming.

The U.S. Is Expected to Send Tanks to Ukraine. Here’s Who Makes Them. 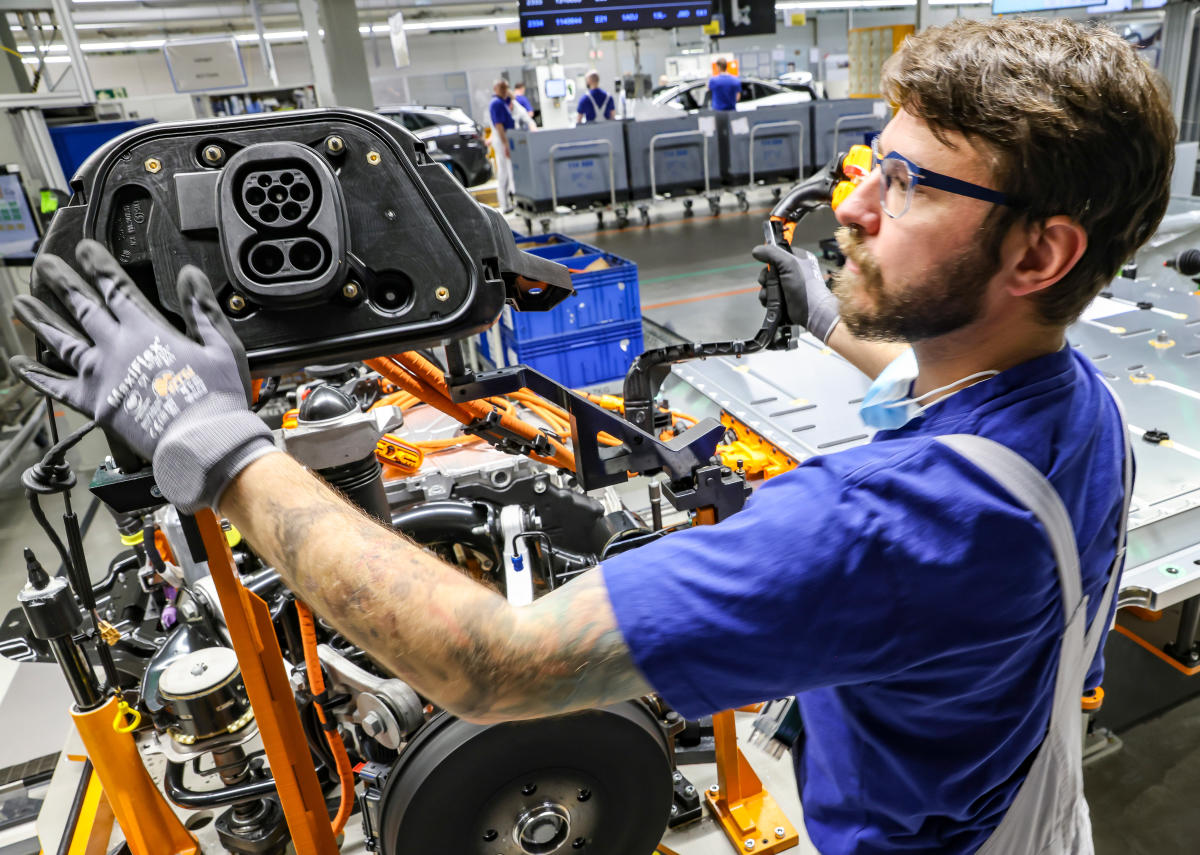 Europe’s energy crisis is leaving the continent’s industry at a standstill, and its biggest car manufacturer says competitors are racing ahead as EU governments fail to provide enough support.

Energy and electricity bills surged for European citizens and industry alike this year after Russia invaded Ukraine, and Russian companies began limiting natural gas supply to Europe in response to sanctions. The crisis has hit European industry hard, particularly in sectors that demand high energy use, including fertilizer producers and steel manufacturers, both of which have significantly cut back production.

The European Union has been mediating negotiations over a natural gas price cap, which would protect consumers from high costs when natural gas prices exceed a threshold, while some European countries have called for bigger government subsidies to support businesses. But some companies are warning that even these measures may not be enough to save European industry, as the continent risks falling behind its economic competitors.

“On the international stage, Germany and the European Union are rapidly losing their attractiveness and competitiveness,” Thomas Schäfer, brand chief executive officer at German carmaker Volkswagen, wrote Monday in a LinkedIn post.

Schäfer said that Volkswagen, and other European carmakers, risk falling behind competitors in the electric car manufacturing space due to high energy prices, as the crisis puts the whole of European industry at a disadvantage.

“We are treading water,” he wrote. “I am very concerned about the current development regarding investments in the industry’s transformation. This needs to be urgently prioritized—unbureaucratically, consistently, and quickly.”

Europe’s energy crisis could drag on for years, and industry leaders warn that political leaders aren’t doing enough to keep the continent competitive on the global stage.

Schäfer noted how Europe risks falling behind countries including the U.S., Canada, and China, while high-growth economic regions in southeast Asia and North Africa also pose a threat to European industry, which Schäfer said “lacks price competitiveness in many areas.” For Volkswagen, Schäfer said that Europe is losing “more and more ground” in energy and electricity prices, which have made investing in the company’s electric vehicle arm increasingly untenable.

Several European industries have been forced to deindustrialize due to high energy prices and lower production, and some fear that the changes will be irreversible. In October, chemical and fertilizer producer BASF warned that it might have to downsize “permanently” in Europe because of high energy prices, while energy-intensive industries such as glassmaking have voiced fears that companies could indefinitely move their operations to economic rivals such as the U.S.

But the energy crisis isn’t just about Europe losing its competitive edge, as high prices could spark a severe economic downturn, causing even more businesses to flee.

Many parts of the EU bloc may already be in an economic recession, partly due to the Ukraine war and high energy prices, while investment banks including Morgan Stanley and Goldman Sachs have warned that there is a much greater risk of a severe economic downturn in Europe than in the U.S.

The U.S. Inflation Reduction Act (IRA) approved earlier this year has also darkened Europe’s economic outlook, as EU leaders have criticized the legislation—which is set to inject over $400 billion to support domestic U.S. industry—as protectionist and putting European companies at a disadvantage.

The energy crisis and the IRA prompted leaders from Germany and France—the EU’s two largest economies—to issue a joint announcement last week that promised more cross-bloc cooperation in industrial policy. Schäfer called the announcement a “step in the right direction,” but warned that much more aggressive action would be needed to bolster Europe’s diminishing international economic status.

At Volkswagen, Schäfer said high energy prices are making investments in energy-intensive projects “practically unviable.” He mentioned the company’s battery cell production operations—used for manufacturing electric cars—but warned that unless energy prices come down, “the value creation in this area will take place elsewhere,” as a lack of government support to reduce prices puts the continent at a severe disadvantage.

While the IRA will provide U.S.-based companies with large incentives to invest in production—including the electric car industry—similar policies in Europe have so far been lacking, according to Schäfer.

“The EU, on the other hand, is sticking to outdated and bureaucratic state aid rules that promote regions rather than preserving and transforming entire industrial sites,” he wrote, adding that most European legislators have so far focused on long-term investment plans rather than immediate incentives to jumpstart industrial activity.

Schäfer warned that Volkswagen and other European carmakers could fall far behind international competitors, especially in the electric vehicle space, if EU governments do not do more to support industry.

Volkswagen broke ground in July on the first of six planned battery factories in Europe to support its electric car ambitions. The company plans to invest 20 billion euros ($20.7 billion) in its battery business through 2030.

Sick with a new Omicron variant? Be prepared for this symptom

Human Rights must be defended in the fight against terrorism: UN chief

UN Secretary-General António Guterres has warned that the fight against terrorism will never succeed if we perpetuate the “denial and...

The NIH was blasted today by an official watchdog for failing to keep tabs on US-sponsored virus experiments in China, which...

D’Monterrio Gibson was working his route last year as a FedEx delivery driver in the Junior Trail neighborhood of Brookhaven,...

President Donald Trump types on his phone during a roundtable with governors at the White House in Washington on June...

Anna Delvey on the fire escape of her East Village apartment, while on house arrest on November 7, 2022 in...

Despite a 12-5 regular-season, the Cowboys season ends in major disappointment. Again. Here’s who Jerry Jones should hire as head...

One free agent player fit for every NFL team in 2023

NFL free agency is set to open in less than two months. Here's a look at one player fit for...

ESPN analyst Mel Kiper Jr. released his first mock draft of 2023 on Wednesday, and he has the Chicago Bears...

Aryna Sabalenka and Magda Linette also advanced to the semifinals.

Which 10 players most deserve to be in the starting lineups? Here are my official picks ahead of Thursday’s reveal.

The Raptors are about to begin a crucial seven-game road trip that could define their season.